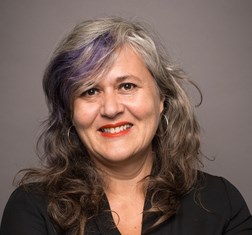 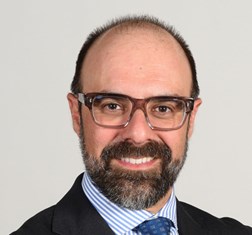 Share on:
The development of gene therapies for neurological diseases is a breakdown in healthcare that promises to drastically improve the lives of millions of people, young and old.

Can you give us a brief overview of the history and evolution of the company?

ALICIA FOLGUEIRA Novartis Gene Therapis is a young company that was established in Spain and the rest of Europe about two years ago. The Spanish subsidiary was founded in 2019. We have been operating for a year and a half, and I have been in this position since the beginning. We are part of the Novartis group. As a matter of fact, the change in the company’s name is to reflect this change. We are a company of the Novartis group that specializes in gene therapies on the platform AAV9, which is the platform of virus associated to serotype 9. For us, it is extremely important to have the backing of the Novartis group, while we have a light structure that allows us to remain agile in our operations. The main challenge and opportunity was to build up a company from scratch. We are building a subsidiary of a multinational from the ground up. We are talking about biotech firms that can operate with few workers and attain solid results. That initial part of establishing the company, approving the prices, and obtaining all the certificates required is a long process. That was the main challenge and opportunity, because it required a great deal of work. We are only seven workers in Spain, and this has been a beautiful story.

JORGE CAPAPEY Alnylam was founded based on extremely recent findings; 20 years ago, the mechanism by which RNA is transferred to a protein was discovered. After this, it was found that there were small RNA molecules that interfered with the transfer of the message from DNA to the protein. It quickly became clear that if we were able to generate interfering RNA, we would have a powerful tool. Therefore, it promised to be able to treat the underlying cause of many diseases. The company was created in 2002, and the discovery of RNA interference received the Nobel Prize in 2006. It is a success story if we take into account that in the history of medicine, on very few occasions have basic scientific findings been translated into clinical application and for the benefit of patients in such a short period of time. We launched our first product in 2017 and already have two products approved in Europe. A third will be approved soon. The COVID-19 vaccine from Pfizer is an RNA vaccine, and it will be the first vaccine of its kind; the same is true for Moderna’s vaccine. RNA is a new discovery, but it is here to stay and will have a major impact on health. It will have applications far beyond what we can imagine.

The company is developing other innovative therapies for rare neurological diseases. What treatments are you focusing on?

AF Novartis Gene Therapies is focused on AAV9 scientific platform, identifying different target diseases that could potentially be treated with these therapies. We have been speaking about gene therapies for decades; we have talked about them as the future, and we are proud to have transformed that future into the present. The disease we are treating, spinal muscular atrophy, is severe and debilitating. Children with the most severe type of this disease do not live more than two years if they are left untreated. Now, it only requires a single dose of Zolgensma during the patient’s lifetime and takes one hour to administer. This is a model of gene therapy and is truly incredible. Based on this same platform of AAV9, we have selected the focus of our investigation area, namely two pathologies: Rett syndrome, which is also a neurodegenerative disease, and Friedreich’s ataxia, which is also a neuronal disease that affects children.

With COVID-19, how are you working to ensure the care of rare disease patients is not affected?

JC We have been focused on two main areas. The first is ensuring the supply of drugs to patients while the second area, which is less visible but equally important, has been trying to maintain the clinical trials already underway. With rare diseases, it is not easy to carry out clinical trials due to the limited availability of patients. They require a large logistics effort in order to target a modest number of patients. We did not want trials to be suspended due to the pandemic. Trials do not always have an immediate positive impact on patients suffering from the disease today, though they do have an immense benefit in the future. Continuing to develop therapies for rare diseases is essential. Our vision is to always remain a company that puts the patient, innovation, and science first. We want to be able to bring scientific advances to patients in the best possible way.