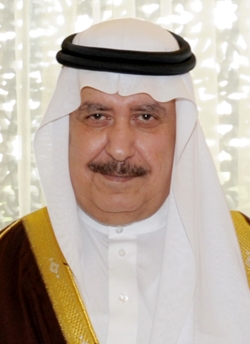 Share on:
"We can confidently say that Saudi Arabia’s civil aviation sector has a promising and bright future"

The growth of the aviation industry is one of the many positive changes taking place in Saudi Arabia, and the General Authority of Civil Aviation (GACA) plays a major role in this sector’s development. What does GACA expect to achieve from the transformation process now being carried out in this sector?

In November 2011, a number of Royal Resolutions were issued calling for the separation of GACA from the Ministry of Defense and Aviation and directly linking it to the Council of Ministers. These resolutions really constituted an important turning point in the history of Saudi Arabia’s civil aviation sector, due to the great momentum and independence they have given the sector to enable it to accomplish more progress and prosperity in the country’s air transport industry. This industry is no doubt one of the major economic drivers capable of attracting capital and investments, and it employs thousands of people both directly and indirectly, besides its great contribution to the development of many Saudi cities and villages. In December 2012, the Council of Ministers issued a resolution approving “The Comprehensive Strategic Plan for the Advancement of the Civil Aviation Industry in Saudi Arabia.” The strategic plan can be summarized in the following way: the resolution seeks to raise the sector’s efficiency, and enable it to play its role using modern standards; it seeks to expand national and international private sector participation through well-planned strategic programs; it will maintain international safety and security standards and raise the aviation sector’s contribution to the Saudi economy from SAR30 billion to SAR100 billion a year; it will help cope with the developments taking place in the regional and international civil aviation industry; and it will help exercise and organize the powers and functions specified in the Civil Aviation Regulations. Moreover, the resolution will also help assure a sufficient number of flights are provided, to meet the increasing demand for travel, by granting more licenses and incentives to air carriers for serving domestic airports. It will also improve GACA’s organizational chart and financial system, while expanding and upgrading airport infrastructure and the air navigation system. Finally, the plan will help develop the necessary legislation for liberating the civil aviation sector, and separate the legislative and monitoring aspects from operational functions. Saudi Arabia’s civil aviation sector has the necessary resources to play an important role as a kind of “air bridge” between eastern and western countries, and attract international air traffic to Saudi airspace and airports, as well as huge investments. These specific resources include: Saudi Arabia’s religious status, its distinctive strategic geographical location, various aspects of its political and security stability, having an airport network composed of 27 airports well distributed in the different parts of the country supported by integrated navigational systems. We also have significant economic, financial, and oil power, as well as our ambitious development plans, and important tourist attractions. In view of the aforementioned, we can confidently say that Saudi Arabia’s civil aviation sector has a promising and bright future.

In 2007 GACA opened the door for privatization in some of its sectors, and in 2012 it granted domestic and international air carrier licenses to Al Maha Airways and SaudiGulf Airlines. How can GACA’s legislation encourage competitors to enter the Saudi market?

GACA has granted a scheduled national air carrier license to SaudiGulf Airlines in which Gulf Air acts as a technical partner, but the airline’s capital is 100% Saudi. The second license was granted to Al Maha Airways, which is a Saudi airline independent from Qatar Airways. As for GACA’s initiatives to encourage airlines to enter the Saudi market, GACA has prepared a Domestic Fares Manual, which was approved by the GACA Board of Directors and is expected to contribute to the increase in the number of domestic flights. Under the existing guidelines featuring low domestic fares and other aviation charges, which have been applicable for quite a long time now, no airline will be able to operate profitably. A committee was formed by GACA and other concerned authorities to study the reduction of fuel prices in the Saudi airports, and the committee’s recommendations were submitted to the supreme authorities.

Saudi Arabia invests huge funds in its civil aviation infrastructure; how will this affect the Saudi aviation industry?

Saudi Arabia’s aviation industry is considered one of the central industries, which contributes considerably to the progress of socioeconomic development in this vast country. As this industry is currently witnessing great developments, at the international level, in all aspects, GACA has made provisions in its future plans for coping with these developments and opening new horizons for dealing with changes in the industry, to enable the first beneficiary (the passenger) to have better services. No doubt GACA’s airport infrastructure has received a major portion of these efforts; for example, SAR27 billion was allocated to the New King Abdulaziz International Airport (KAIA) construction project and around SAR2.5 billion to the upgrading of a number of domestic airports.

To what extent does Your Highness believe that the private sector’s contribution will benefit Saudi Arabia’s industry?

The execution of development and expansion works in Saudi Arabia was no longer the sole responsibility of the public sector; the private sector has now become a partner in sharing this responsibility. Recognizing the importance of the new partnership between the two sectors, GACA has succeeded in making the private sector a main partner in the industry’s development by providing it with all the resources it needs, and eliminating all the obstacles facing it. For example, the Prince Mohammed Bin Abdulaziz International Airport Construction and Development Project in Medina was awarded to a consortium of companies composed of both international and Saudi interests through the BTO system. The new KAIA operation will be awarded to the private sector through one of the public-private partnership (PPP) systems, and Taif’s new airport is also expected to be awarded to the private sector. This trend arises directly from our belief in the importance of the private sector’s role based on the sector’s many successful experiences in the construction and operation of international airports.

GACA issued a second public offering of sukuk in 2013. Does it plan to rely on the capital market in the future for funding?

GACA has all the necessary flexibility for choosing the appropriate system for financing its projects. This depends in the first place on the projects’ nature and feasibility, and that will definitely not be limited to sukuk alone.