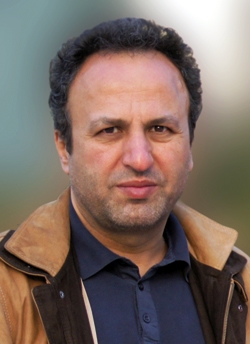 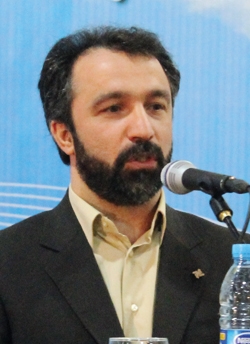 Managing Director & Member of the Board, Hejrat Distribution Co.

Share on:
What is your expertise in the manufacturing of active pharmaceutical ingredients (APIs)? F. EKHTERAEI We launched the production of APIs in Iran after the victory of the Revolution in order […]

What is your expertise in the manufacturing of active pharmaceutical ingredients (APIs)?

F. EKHTERAEI We launched the production of APIs in Iran after the victory of the Revolution in order to cease the importation of them from overseas. We then began to produce simple mineral products such as sodium, salt, and magnesium sulfate, which were easy to produce in Iran. Little by little, the amount of API manufacturing increased. Currently, there are more than 62 API manufacturing plants that are the members of a larger syndicate. This group is manufacturing more than 200 APIs at present, which supply 60% of total domestic demand.

How are you emphasizing the integration of new and advanced technology in your distribution network?

S. E. HASHEMI We are the best distribution company in Iran in terms of technology. I personally travel to Europe several times a year simply to learn about new advancements in distribution networks. We would like to establish a direct link with pharmacies through the internet so that they can place orders that we would then deliver. I recognize that the internet is not a part of pharmacist culture yet, but we are ready to implement an e-distribution network. Hejrat’s system is state of the art and IT based. We built a modern warehouse and central distribution center, which is now recognized as the best in the Middle East.

How are you planning to increase supplies for the local market?

FE With regard to the recent rates of hard currency fluctuation in Iran, the export of APIs has become more feasible. The existing regulation in the pharmaceutical sector has made the exportation of APIs much easier than the exportation of finished products. The recent hard currency rates have motivated API manufacturers to prefer exporting their products rather than selling them on the local market. Although the API manufacturers import their required intermediate materials mainly from countries such as India and China, in line with the government’s subsidation policy, more API manufacturers are benefiting from very special low rates for the purchase of intermediates. Thus, Iranian exporters can compete with Chinese and Indian competitors.

How is Hejrat educating its customers to be more technology friendly?

SEH I graduated as a pharmacist from Tehran Medical University, and after that I studied economics. I have always emphasized the importance of IT in this sector. When I arrived at the company, all the branches were isolated islands lacking effective communication. We implemented IT infrastructure and the best communication practices to better connect the branches. The most important issue we still have to solve is educating managers about the importance of IT and new technology. Many of the managers we are dealing with lack a solid computer education, and if we solve this problem we will create a perfect network. This would allow us to make informed decisions with positive spillovers in terms of revenue.

What is the reason for expansion in the production of raw materials and APIs?

FE We utilize state-of-the-art technology in Iran, and our workforce is highly trained. Our chemical engineers and pharmacists have a high level of experience. Since the consumption of medicine in Iran is lower than the average figure in the region, we are able to produce enough to cover all of Iran’s demand with very small investments.

What are the terms of your partnerships with major pharmaceutical companies?

SEH Our partnerships function in several ways. First of all, we have two stockholders. The first group is comprised of companies that fall under the umbrella of Tamin Pharmaceutical Investment Company, and the second group contains private companies.

In the case of supplier relationship management, we separate them into two main groups: pharmaceutical producers and importers. In order to select suppliers, we have a comprehensive assessment model based on economic indices for profitability and quality.