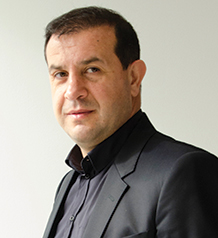 A Work of Beauty

Chairman of the Executive Board, Aral Group

Ahmet Çetin was born in 1969 in Konya, Turkey. He set up his own company in 1991, which is when he established Aral Group. He moved to Azerbaijan in 1995.

Share on:
TBY talks to Ahmet Çetin, Chairman of the Board of Aral Group, on the group's strategy, upcoming projects, and the importance of design.

Aral Group consists of eleven companies. Can you give us a brief history of the inception of the company?

Aral Group was established in Konya, Turkey in 1991. The company itself was situated in Konya until 1995, after 1995 the company moved to Azerbaijan and since that time Aral Group has mostly been involved in different projects in Azerbaijan, Kazakhstan, and Uzbekistan. Since 2004, we have also worked on projects in Istanbul.

How important are operations in Azerbaijan for the overall strategy of the company?

Azerbaijan is the most important country for us. Our construction activities and projects all began in Azerbaijan. The growth of this company has preceded parallel to the growth and development of Azerbaijan. I would not be exaggerating when I say that we owe everything to Azerbaijan. We have always been here; through the good times and the bad, and through Azerbaijan’s troubles and its successes. Azerbaijan has given me so much, and I now consider my family to be Azerbaijani.

How successful was 2014 for Aral Group?

It was an excellent year, despite the drop in oil prices. Although, we are not sure yet what 2015 will bring if the drop in oil prices continues. Looking back, Azerbaijan was not badly affected by the 2008 crisis and, although there was a slowdown until 2010, business has picked up since then considerably.

What are some of the unique features of Aral Group?

Our projects have always been different from the kinds that are generally found in Azerbaijan. Every construction project we have undertaken has been better than the previous. Our projects are always the kind that people follow closely and point to as industry defining developments. The projects and complexes we do here are at the level of projects you see in Turkey. That is why we are one of the leading companies in the Azerbaijani market, and there is a lot of trust in the Aral name. We are one of the few firms that can sell before the project has even begun. Ultimately, that is what distinguishes us.

Which projects do you have underway, and what are some future projects to look out for?

One major project, starting after the European Games, is City Star. Our Roseville project is continuing and is now in Phase II. We have a major project in Sumgait with 2,700 residential units. This project is more for middle-class families and should be completed in three years.

Aral Group projects seem to stand out for their designs. How important is design and aesthetics for Aral Group?

The design is extremely important. We have our own interior design company, for example, and we believe that aesthetics is a critical aspect of our projects. Everything we do must be beautiful. This is part of our vision. It is more than just business for me; I love to look at what we have built, and I want it to be beautiful.

What changes or improvements do you think can be made in the Azerbaijani construction sector in general?The state is doing what it can, with mortgages now underway and banks are extending long-term credits. The most important thing is to build cities and complexes that are livable, modern, and appealing. It is not just accommodation that you are providing, it is a way of life, and we can see this perfectly when we look at projects such as Baku White City.

We are wary of 2015, and we will see depending on what happens on the international scene. I do not expect anything negative in Azerbaijan; however, I believe we will have a better idea after the European Games. On a positive note, the Azerbaijani government is quick to act and is on top of things; therefore, its strong and wise leadership would prevent any serious crisis in the country.