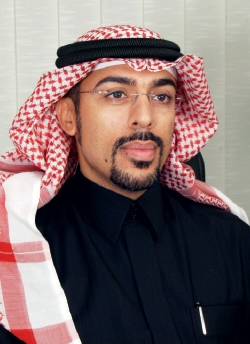 Fawwaz Bin Abdullah Al-Khodari studied Accounting and Business Studies in the UK, and has over 25 years of experience in his sector. Before his current post, he acted as President for seven years. He is also the Chairman at Al-Khodari Travel & Tourism Agency, Abdullah A. M. Al-Khodari Sons Investment Holding Co., Karrena Arabia Co. Ltd., Arabian Refrigeration Center, Masahat Real-estate Company, and Hamon D’Hondt Middle East.

Share on:
Al-Khodari Sons has had a long history in Saudi Arabia, starting in the 1960s. What changes led to your diversification, and what has led the company to invest in the […]

Al-Khodari Sons has had a long history in Saudi Arabia, starting in the 1960s. What changes led to your diversification, and what has led the company to invest in the sectors it is currently in?

In the 1960s, when the company was formed by my late father, it was mainly involved in the small building sector. In the late 1960s and the early 1970s, we diversified into road construction, building most of the eastern and northern road networks in Saudi Arabia. However, Al-Khodari’s diversification started on a wider scale by the end of the 1970s, and beginning of the 1980s, when the company moved into two new sectors: the operational maintenance of road networks, and city cleaning as well as waste management. In a few years, we became one of the largest city cleaning businesses in the Middle East. It is a business that never ceases, regardless of whether markets are up or down. In the 1990s, the Gulf War presented a major challenge for us, testing our logistics capabilities. The coalition forces worked with Al-Khodari as one of their main logistics contractors. We had over 1,000 assets leased to the forces for use at various locations, including the desert, across borders, and in rough terrain. In mid-1990s, we began getting into more vertical construction work. Today, more than 50% of our business is vertical construction. Further diversification in the 1990s included entry into insurance, medical insurance, travel and tourism, fabrication, industry, and industrial trading. However, when we went public in 2010, we carved all those businesses out, and just took the core business of construction public. Now, when we talk about Al-Khodari, it does not include those other businesses, which are now subsidiaries of the holding company. Al-Khodari currently has over 20,000 employees, with ownership of over 3,000 pieces of equipment and assets in our construction and city cleaning business. We operate in Saudi Arabia, and we have carried out business in the UAE, Kuwait, Lebanon, and Ghana. However, most of those international operations have slowed down to a large extent because of the spending that has taken place in Saudi Arabia; therefore, we have pulled back a lot of our talent and resources and deployed them in Saudi Arabia. Talent is scarce, and you have to put it where the money is today.

How has the management of the company evolved with your change from a family-owned company to a listed one, and from a diversified company to a strong core business?

Within the family, it was agreed to separate ownership from management long before floating the company. This is always a challenge, but becomes far easier once the company goes public. We ensured that family members’ needs and concerns were all fully addressed using a forum where we would all get together. It is a process whereby everybody knows they are being heard. It is important to keep the flow of information going. An annual general assembly was being held prior to listing to instill the institutional culture. Restructuring was a priority for the company. My father never had the luxury of going to school, and therefore could not read or write. He created an empire; however, it lacked the appropriate procedures and governance that you want to ensure sustainability into the next generation. Prior to taking the company public, we really had to enforce and abide by corporate governance, which is vehemently dictated by the regulators. At that point, we started carving out businesses that were irrelevant to construction sector, to avoid confusing potential investors about what kind of business Al-Khodari was.