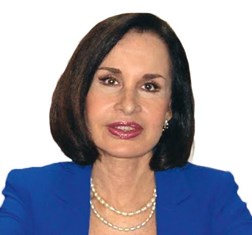 Gloria Gallardo Zavala started her public career as news director for the most important media outlet in Ecuador, Ecuavisa RTS & TC Televisión. Prior to that, she was also a politician, serving as member of the Constituent Assembly, an elected councilor of the municipality of Guayaquil, and a member of the National Congress. Gallardo was awarded by the World Travel Awards as Latin America’s Travel Personality of 2018 for her outstanding contribution to the development of Guayaquil’s tourism industry.

Share on:
Guayaquil has made its mark on the regional tourism scene and is now aiming to maintain its status as South America's leading business travel destination.

What have been your main activities to promote Guayaquil?

We have worked hard to classify our tourist attractions. We developed the Guayaquil city brand, the official travel guides in the website, and the set-up of a convention bureau. Since tourism generates progress, employment, and revenue for the city, the mayor of Guayaquil decided to create the Public & Municipal Company of Tourism, Civic Promotion, and International Relations of Guayaquil. With this new organization, we created the conventions bureau, and it has attracted many business events in just two years. We are affiliated with the International Congress and Conventions Association (ICCA), which has all the information about congresses around the world. Thus far, we have had 60 congresses in 2018, and there are 14 events scheduled for 2019.

What are the main pillars of the city marketing for business tourism?

Our main attractions are Ecuador’s largest convention center and all the needed infrastructure in the city. We also have international hotels equipped with event rooms to host conventions and congresses. According to travelers, we have one of the best airports in its class. We also have a massive public transport system that helps tourists commute. Equally important, we have an ambassador’s plan and are working together with labor unions and universities to attract international congresses to the city. Four years ago, we created the conventions bureau where several important events have been hosted, such as the Economic Congress. We are also working with the hotel industry; our hotels are currently operating at 100% capacity. The congresses we have held in 2018 represent an economic revenue of USD35 million, in part because the congresses resulted in the booking of more than 60,000 hotel nights. All these developments guarantee job generation for the overall economy.

How do you seek to boost traditional tourism?

Launching the city brand “Guayaquil es mi Destino” (Guayaquil Is My Destiny), promoting the city through social networks and the internet, and classifying tourists attractions in terms of gastronomy, nature, entertainment, history, and heritage, have done a great job in attracting tourists. In terms of technology, we have more than 6,000 Wi-Fi spots. Another important aspect is the number of fairs taking place, such as the gastronomy fair, the book fair, and COMIC CON Ecuador. Similarly, there are parades, concerts, and other events that allow visitors to enjoy the city. On average, a business tourist spends USD460 daily while a traditional tourist spends USD110. Since 2016, Guayaquil has been the leading destination in Ecuador, i.e. the most visited city by local and foreign visitors. We are working on boosting those sectors that have made Guayaquil an emerging destination recognized by TripAdvisor, among cities such as Medellí­n and Sío Paulo. In just five years, we have won the World Travel Award as South America’s Leading Business Travel Destination for three years in a row, and this year we also won also the award for South America’s Leading Festival and Events Destination.

How do you envision more public-private collaboration in tourism?

In Guayaquil, most investments are private and part of the mayor’s vision. The municipality is in charge of public works, involving strategic alliances with the private sector. The local administration does not spend its budget on attractions because this is part of the convention bureau’s job. Moving forward, we await the construction of the Royal Hideaway Barceló, which will host Ecuador’s tallest building with an investment of USD55 million, Hampton by Hilton, Hilton Garden Inn, and Giardini Hotel. Guayaquil’s administration, through the Municipal Company of Tourism, has boosted the hotel sector and enabled more investments. This benefits all the inhabitants of the city, who are now able to start businesses such as restaurants, craft shops, guide services, and tourist transportation. Guayaquil has already found the path for progress and well-being through tourism, and we will continue to maintain our progress.