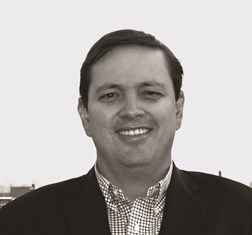 Andrés Fajardo is the CEO and co-founder of Clever Leaves. Prior to that, he was Founding Managing Partner of Mojo Ventures, a unique late-stage company builder focusing on working with startups and small companies to achieve unprecedented growth and profitability. He has a degree in industrial engineering and a degree in economics from Los Andes University, Colombia.

Share on:
What are Clever Leaves’ long-term strategies for expansion in Mexico? We have always seen Mexico as an interesting geography for a variety of reasons. Mexico is a country with over […]

What are Clever Leaves’ long-term strategies for expansion in Mexico?

We have always seen Mexico as an interesting geography for a variety of reasons. Mexico is a country with over 100 million people with interesting consumption patterns for the kind of product Clever Leaves wants to sell. Mexico is the cornerstone for any Latin American expansion and will play a significant role in the global cannabis industry. You have a country that is used to producing high-quality agricultural products at significant scales with efficient costs, which bodes well for creating a sophisticated, high-quality, and low-cost cannabis operation. Mexico also has many pharmaceutical manufacturing factories, which makes it a strong location for the pharmaceutical processing of cannabis. Finally, given the way its regulation is shaping up, Mexico will not only be an extremely successful market but also an attractive location from a manufacturing, production, and cultivation standpoint.

How would you assess the political will in Mexico to strengthen the sector?

Legislation has passed and continues to evolve, demonstrating the country’s commitment to recreational and medicinal legalization. Should that happen, Mexico will immediately become one of the largest in the world with such a position. It is much more than talk; the political will is there.

What lessons can Mexico learn from medical cannabis in Colombia and vice versa?

Mexico has already implemented a few things taken from the Colombian legislation, since there are certain similarities in what it is proposing and what we have. One of the things Mexico has done well is positioning itself as a country that can supply the world, whether medical or recreational, whereas Colombian law limits production and commercialization to medical cannabis. Though I agree that whether or not cannabis should be legalized for recreational purposes is an issue that must be resolved locally, a country’s ability to position itself as a world supplier is economically promising; Colombia could adopt this part of the regulation from Mexico. One thing Mexico could learn from Colombian law, on the other hand, is that it abides by all the international treaties and agreements. In Colombia, we have to get quotas approved with the ICNB, restrictions today that will be an asset for the country from a regulatory standpoint in the long term.

What will be the socioeconomic impact of a robust medical cannabis sector for Mexico?

The potential is huge. A lot of the healthcare system in Mexico is state run and highly centralized. If Mexico continues down this path, patients will have access to affordable, high-quality medical cannabis relatively soon. From a social standpoint, medical cannabis does not have a great deal of push back. Recreational is a different story, though the medical benefits will be well received. It is clearly a win-win situation for doctors and patients alike.

Do legalization or decriminalization efforts in the US present an opportunity for Mexico?

The Farm Bill passed, which is important, though there are many regulatory changes that still need to happen for that to be reality. Certainly, however, Mexico’s proximity and close trade partnership with the US, in particular its efficient logistics and customs systems, present a huge opportunity. As legalization occurs, Mexico is the best-positioned country in the world to serve the US market.