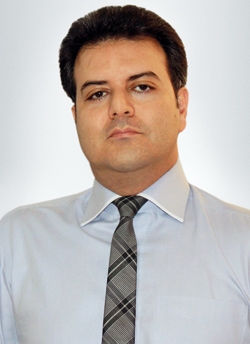 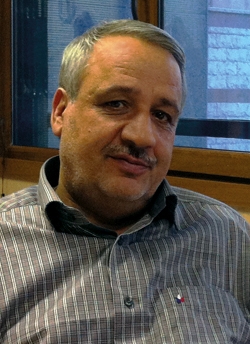 When did Knauf establish its operations in Iran?

AFSHIN MADANI Knauf started operations in Iran back in the 1960s, though it was not a direct investment at the time. The founder was delivering equipment to gypsum producers. Knauf is now a producer of construction material, gypsum, and byproducts of gypsum, such as gypsum board, which is a very useful construction material. In the 1960s, it delivered equipment to Iranian gypsum producers like Iran Gatch, which was at that time the biggest gypsum producer in the world. The direct investment took place about 14 years ago when Knauf bought three plants. The Knauf-Iran plant was one, and it produces gypsum board and accessories including profiles and other necessities. Then, Knauf bought Iran Gatch, which is publicly traded on the stock exchange. We have more than 97% of the shares, so it belongs to the Knauf Group. Then, we bought Saran-Gatch, which is now Knauf-Gatch, a producer of gypsum. These three plants were bought in the last 14 years. We have modernized all of them and they include state-of-the-art technology. These three plants are now operating at full capacity and there is a big market for our products in Iran. The average age of houses is more than 20 years, creating demand from both the renovation and new housing markets. That was the reason why Knauf invested in Iran. Knauf has a very long-term view for investment in Iran as it is a strategic country that has a huge potential for growth.

How would you characterize the regional cement market and Iran’s role as a major producer?

ALIMOHAMMAD BOD The need for cement in neighboring countries is high. For example, Kuwait, the UAE, Qatar, Iraq, Azerbaijan, Russia, Turkey, and Afghanistan all need huge quantities of cement, and Iran continues to be the major cement producer and supplier for the region. Because of the investments that have been made in Iran in terms of production facilities and transportation channels, we can complete and create other projects in different countries because the energy price is still low locally.

How important is technology and R&D in the sector?

AM Knauf is a very innovative company that is well established in Germany and Europe. It is almost the market leader. There are also many serious competitors like La Forge and British Plaster Board (BPB). However, because of the innovation that Knauf boasts, we are carrying products that almost no other competitor can produce. Regarding quality and performance, we are producing products for customers for special markets. For example, in the Iranian market, we have products developed especially for local conditions that fulfill the requirements of the country. Knauf’s strategy is to produce customized products for specific markets, and that includes Iran.

AB I would say that it is very important. In order to increase production and capacity every year, we use the latest technology. Every day we need to learn and understand new methods for producing cement in a more cost-effective manner. We have, as the country has, the highest standards of cement production in terms of quality and technology. We are actually working on a new R&D department for our holding group, so we can stay up to date with the latest technology available. Every year we spend 3% of our capital on new methods of production.

What is your economic forecast for 2013?

AM The sector is booming. It is a very safe investment. There is also huge demand for buildings; many people are now investing in housing. We expect that we will have at least 20% to 50% growth over 2013.

AB According to our estimates, with our new projects we are going to increase our production by another 10%. In 2013, we will introduce white cement into the market, and we are working on environmental issues to protect the environment from pollution. Although we are allowed to emit a maximum of 150 parts per million (ppm) of dust in Iran, we’ve been working on this issue and now we produce a maximum of 50 ppm.