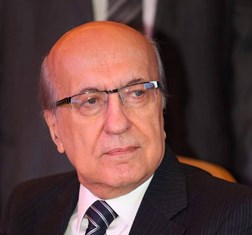 Joseph Torbey is a well-known figure on the local, regional, and international banking and financial scenes. He currently heads ABL. In addition, he also serves as Chairman General Manager of Credit Libanais Banking Group, Chairman of the World Union of Arab Bankers, and Chairman of the Executive Committee of the Union of Arab Banks (UAB). On the academic functions front, he is the co-founder and first Chairman of the Institut Supérieur d’Etudes Bancaires at St Joseph University (Beirut) and serves as Member of the Board of Trustees of the Arab Centre for the Development of the Rule of Law and Integrity.

Share on:
The banking sector can only improve with the effective execution of pledged reforms and the adoption of initiatives to mend the country's public finances.

How would you contextualize the risks and opportunities of 2019 relative to the past three years?

The formation of the new government constitutes an important milestone in the restoration of consumer and investor confidence in Lebanon and is vital for the country’s decision-making processes, the proper functioning of its institutions, and the implementation of the necessary reform measures, paving the way for the unlocking of the pledged funds during the CEDRE conference. The effective execution of the pledged reforms, along with tangible progress in the oil and gas sector and the adoption of other initiatives to boost economic growth and mend the country’s ailing public finances, will lead to an era of economic prosperity for all sectors of the economy, including the banking sector. In fact, banks’ operating environment would undoubtedly improve, with the pressure caused by heightened political and economic uncertainties gradually dissipating and lending opportunities blooming. Nonetheless, such a rosy picture can only see the light if the government effectively honors its commitments to the pledged reforms, which could even prompt international rating agencies to reconsider their recent rating actions on Lebanon. Without these reforms, the risks and challenges that have been plaguing the economy and its banking sector throughout the past year will most likely prevail.

Do you anticipate growth or contraction in domestic deposit rates in the next 12 months?

2018 saw an important increase in interest rates on customer deposits as banks strived to curb any deposit outflows amid the heightened uncertainties. Notwithstanding the lengthy government formation process, customer deposits at commercial banks in Lebanon increased by 3.23% during 2018 to nearly attain USD179 billion. The start of 2019, however, was earmarked by the long-awaited formation of a government, and slowly but surely, investor confidence is being restored as evidenced by the sharp contraction in Lebanon’s Credit Default Swaps (CDS) from around 900 basis points in mid-January to below 800 basis points in March. Accordingly, and barring any setbacks in the political environment, we expect deposits to grow in 2019 and at a faster pace than that registered in 2018.

Which actions are most important for the government in the next 12 months?

The prevailing economic and fiscal situations, let alone the conditions of the CEDRE conference, necessitate the quick implementation of a wide array of reforms; indeed, the new government’s policy statement largely focused on tackling said issue. Amongst the most important and urgent reforms that must be implemented is the involvement of the private sector in the electricity sector, combatting tax evasion and improving the collection of taxes, and promoting efficiency in public institutions. More specifically, the ailing situation of the electricity sector has been a major drain on public finances, constituting 14.5% of government primary expenditures due to low pricing, inefficient generation, and technical and non-technical losses. Meanwhile, tax evasion, be it for the VAT, port and airport customs, or the corporate income tax, among others, constitutes a major opportunity cost for the government, and taking corrective action thereupon would be a much better solution than increasing taxes. Regarding efficiency levels at public institutions, it is imperative to review headcounts and freeze irrational recruitment, with the ultimate objective of trimming public expenditures.

The Credit Libanais group recorded a robust performance in 2018, with net profits increasing by 2.42% to USD83.36 million. In addition, the group’s total assets rose by 7.77% to USD12.46 billion, with customer deposits and shareholders’ equity attaining USD9.34 billion and USD994.46 million, respectively. As far as the prospects for 2019 are concerned, we expect a better outlook for the bank and the sector in the event palpable progress in Lebanon’s revamped economic journey is seen.