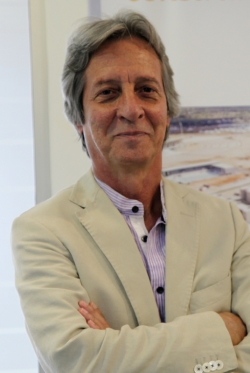 A Bridge to Build

José Zilhío was born in Portugal in 1952 and studied to be a technician in Electrical Engineering at the University of Lourenzo Marques. He began his professional career in the Department of Public Works and Transport in Lourenzo Marques, as Maputo was known then, from 1973 to 1975. He worked in various civil servant positions before working for Fibreglass Sundlete and then MOTA-ENGIL in 2003.

Share on:
To what extent has MOTA-ENGIL taken advantage of publically financed projects from Portuguese funds in Mozambique? MOTA-ENGIL is a civil construction company in Mozambique. During its 24 years of operations […]

To what extent has MOTA-ENGIL taken advantage of publically financed projects from Portuguese funds in Mozambique?

MOTA-ENGIL is a civil construction company in Mozambique. During its 24 years of operations in Mozambique, it has created roots and built a dynamic development of resources in order to be able to compete with all sorts of companies of different nationalities operating in this country. In regard to the projects funded by the Portuguese, the company has won various tenders that were launched because of its know-how in internationalization and knowledge of the difficulties of Portuguese competition at the time. We aim for large infrastructure contracts that are necessary for the construction of Mozambique. Projects have included a road linking Massinga and Nhanchengue, the road between Chimoio and Espungabera, the Tete Bridge over the Zambezi River, a village for the 10th All-African Games, and two Olympic swimming pools.

Why do you think MOTA-ENGIL has been so successful in Mozambique?

Today, MOTA-ENGIL is an integral part of a multidisciplinary group with expertise in areas such as railways, ports, waste management, environment, renewable energy, as well as being service providers and operators of highways, ports, and railways. We looked back and saw that our stance was always very ambitious with an aim to work more and create critical mass by engaging in the satisfaction of our customers, translated by the alliance’s “deadline confidence.”

How does MOTA-ENGIL contribute to development of human capital in the country?

Over the years, we have faced a variety of difficulties, including the great distances that separate our delegation in Maputo and areas of operations—on average about 2,000 kilometers. It becomes almost impossible to train workers in all specialties in time so we have opted to train workers at the job sites knowing beforehand that with the conclusion of the work, these workers will not want to leave the region where they live.

“We aim for large infrastructure contracts that are necessary for the construction of Mozambique.”

How has the company changed with the coal and gas boom in terms of growth and opportunities for working with companies like Vale?

Fortunately, our group anticipated its internationalization by creating poles of development across continents. Today, we are not only in Mozambique in terms of civil construction, but we have created a critical mass far greater and more sustainable, with the creation of several subsidiary companies. We have included them in the group in order to present ourselves in any market with the highest number of possible opportunities. In the case of the Brazilian company Vale, we have just begun exploratory contacts for future projects to be executed in the center and north of the country.

How much has the discovery of coal and gas impacted MOTA-ENGIL’s portfolio?

As in all national or foreign companies that are dedicated to construction or service providers, we have our eyes on Mozambique. In our case, we already have in our order book the execution of large infrastructure projects, including the rehabilitation and improvement of the Sena railway line as well as the construction of the Tete Bridge. We expect that companies like Vale, Rio Tinto, ENI, and Anadarko, (all familiar with our portfolio and experience in Mozambique) will invite us to perform large parts of their projects in the near future.

The Nacala Corridor is a huge project for the company. How did landing this tender change the landscape at MOTA-ENGIL, and how has it affected operations in Mozambique?

The final agreement of the Nacala Corridor was officially signed in July 2012, and will involve the construction of a new 45-kilometer railway between Mozambique and Malawi, which will employ about 1,000 workers. The corridor is part of a railway that will extend for 1,000 kilometers from the Moatize mine in Tete to the port of Nacala, across Malawi. It is essential infrastructure for the outflow of mineral resources. We are already building a section of the railway line that crosses Malawi via a tender issued by Vale. Regarding construction or road rehabilitation, we await the release of resources by the government.

MOTA-ENGIL was also awarded several major road construction tenders. How is this significant?

For the country, it is imperative that the road network be improved and expanded in all its aspects as well as all other complementary projects adjacent to them. In my opinion, ANE has done a great job with the knowledge it has gained for the country regarding the outflow of products and essential commodities for the populations throughout all provinces. However, there is still much work to be done, particularly regarding maintenance due to the intense traffic that is expected. To Mota-Engil, it is a framework that will require us to do our best in order to create a sustainable future for our organization that already has a dimension that today competes with large multinationals operating in Mozambique.

Would you say a lack of financing for big projects is holding back Mozambique’s development?

The development of project financing has been slow due to the risks involved and the lack of information; the processes could be faster. In the case of obtaining financing for large companies, it has also not been enthusiastic, because it still requires a great degree of procurement and a level of negotiations that sometimes causes projects to be aborted even though they have solvency.

How has the impact of the financial crisis in the EU, and especially in Portugal, affected operations in Mozambique?

It has had a great impact on the Mozambican economy, which is why you notice the rescheduling of major government tenders, as well as foreign investment. In terms of the responsibilities that the Portuguese government contracted for infrastructure works, we have not noticed any obstacles in payments.