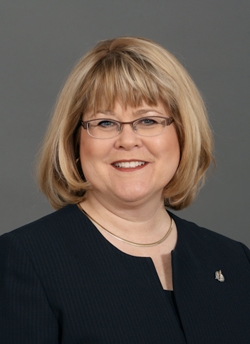 Minister of State of Foreign Affairs (Americas and, Canada

Share on:
In 2013, Canada and Colombia are celebrating 60 years of full diplomatic relations at a time when our bilateral relations are stronger than ever before. In Colombia, Canada has a […]

In 2013, Canada and Colombia are celebrating 60 years of full diplomatic relations at a time when our bilateral relations are stronger than ever before. In Colombia, Canada has a friend and a key partner spanning the three goals of Canada’s “whole-of-government” engagement in the Americas: increasing economic opportunity, addressing insecurity, and advancing freedom, democracy, human rights, and the rule of law, as well as strengthening our relationships and partnerships in the hemisphere. Our links with Colombia are many, from our recent bilateral free trade agreement (FTA) to Canadian peace and security programs in Colombia, defense cooperation, an agreement to undertake joint anti-narcotics capacity building in Central America, and cooperation in multilateral organizations.

I have personally had the privilege of visiting Colombia twice since becoming Minister of State of Foreign Affairs responsible for the Americas. For his part, Prime Minister Stephen Harper has undertaken three official visits to Colombia. What we have consistently encountered is a strong and committed partner that is building prosperity by embracing open markets. At the same time, I can see Colombia working to overcome the remaining hurdles on the path to peace as it addresses the challenges of the long-standing internal armed conflict.

Our two countries are building mutual prosperity through trade, investment, and closer commercial relationships. Since 2011, Canada and Colombia have benefitted from a modern FTA that goes far beyond trade in goods and services, with commitments on the environment and labor. Two-way merchandise trade reached a record high of $1.6 billion in 2011 and is poised to post significant gains in 2012. Canadian investors are flocking to Colombia, not only in the oil and gas sector and mining exploration, where Canada is the largest international investor, but also in other areas, such as financial services.

As Canada’s presence in Colombia grows, we are actively engaged in promoting corporate social responsibility (CSR). Since 2009, Canada has employed a CSR Counselor for the Extractive Sector to review the practices of Canadian companies operating abroad and to advise on the implementation of performance standards. Furthermore, the Canadian embassy in Bogotá is actively promoting the implementation of Canada’s CSR Strategy for the International Extractive Sector. For its part, the Canada-Colombia Chamber of Commerce has an active committee on CSR.

There can be no question; Colombia is an emerging market with many advantages: high levels of education, a strong sense of entrepreneurship, abundant natural resources, and a robust financial sector. We are confident Colombia is committed to taking the appropriate steps to sustain an environment conducive to economic growth. We know Colombia is working to develop its infrastructure both to serve its people and for commercial reasons, and it is committed to maintaining the security gains made during the past decade, all of which should not downplay Colombia’s ongoing challenges, particularly with regard to human rights and the security situation. While much progress has been made, much work remains to be done.

This is why Canada is pleased to support these endeavors through funding and programming supplied in partnership with the Colombian government, representatives of civil society, the international community, and multilateral organizations. Since 2006, our government has provided over C$100 million to Colombia on development programming focusing on the rights and humanitarian needs of indigenous groups, internally displaced persons, and children and youth, as well as C$30 million to support initiatives on transitional justice, protecting the rights of victims of the internal conflict, supporting mine action, and enhancing security and stability. We firmly believe that increased cooperation with Colombia, including through our FTA, enables us to share our values of respect for freedom, democracy, human rights, and the rule of law, while enhancing economic opportunity both in Colombia and in Canada. It is upon strong economic foundations that responsible governments can build strong democratic governance and security.

Five years after Prime Minister Harper first made the Americas a foreign policy priority, Canada’s engagement in the hemisphere has never been stronger. Colombia is at the forefront of this effort. Looking to the future, I am confident that Canada and Colombia will work ever more closely to increase economic opportunity in both our countries through trade and investment, and at the same time continue to support the pursuit of peace, security, and respect for human rights.