The Business Year hosted a closed-door roundtable event titled “Gas for Development” on June 19, 2018 at Eko Hotel in Lagos, in partnership with The Petroleum Club of Lagos, one of the foremost private members’ clubs for leaders of the oil and gas industry. The event was part of The Business Year’s Global Roundtable Series and was intended to provide a forum through which key stakeholders across the gas sector could profit from the space to discuss the main issues, both regulatory and market-based, affecting the gas industry in Nigeria.

The event was opened by Dr. Ebi Omatsola, an esteemed explorationist and geologist in the Nigerian oil and gas space, who delivered a presentation titled “Gas for Development: an Alternative Concept,” highlighting some statistics on the Nigerian exploration and production environment and the most significant barriers to growth in the Nigerian gas sector. He touched on issues such as gas storage facilities and meeting the power demands of Nigerian households and businesses.

The main topic discussed during the debate was the issue of gas pricing, which in Nigeria is controlled by the Federal Government. Gbite Adeniji defended the policy as crucial to the growth of the gas sector, while Austin Avuru unequivocally advocated a fully liberalized, market-based pricing regime. Tony Attah and Eddy van den Broeke, on the other hand, spoke on market pricing and the need to control costs for the benefit of the end consumers.

In particular, Gbite Adeniji stated: “For most projects in Nigeria, gas is delivered at around USD 1 based on the intrinsic value of the natural gas liquids that is a prevalent feature of Nigerian gas. We have agreed that that pricing framework will change as the market develops. However, based on the understanding that this is a scale business and that the Nigerian market is significantly underdeveloped, we must first ensure that we have a baseload volume of gas in the market before we can start thinking of a fully-deregulated market. That is the rationale behind the government ensuring that gas, particularly for the power sector, is regulated, and that gas for the industrial sector is structured on the netback pricing model.”

Paul Loomis, TBY’s Regional Director and moderator of the roundtable, asked what the ultimate goal of a regulated gas price would be, to which Adeniji answered: “The goal is to develop local capacity in the power sector, which should be the driver of the economy, therefore ensuring that the economics works for the power plants. We also want to ensure that other industrial projects such as fertilizer, chemical and other gas-related plants, would get off the ground.” He summarized his view by saying that this is an interim measure pending the announcement of a market-led program but that notwithstanding, the intent of the pricing policy is to ensure that the upstream is profitable, the midstream works, and the downstream off-takers can access gas at an affordable price, hence also protecting consumers.

Still on the pricing issue, Tony Attah said: “We are still looking for that optimal price of gas in Nigeria that will lead to the development of the country’s gas resources. One would think that, as a buyer, I have a short-term view and would want to pay the lowest-possible price for gas. However, at NLNG we take a longer-term view and we adhere to the netback transfer pricing model, which gives us the flexibility to choose our supply accordingly. This is a willing buyer, willing seller pricing system.”

Greenville’s Eddy Van den Broeke stated: “I disagree with Avuru and Attah. In his presentation, Dr Omatsola showed that there are elements other than the price of gas that are important in developing the resource. For example, the industry is quickly switching to coal, so how can we have a higher gas price when coal is becoming increasingly competitive? Besides, with the level of poverty currently in Nigeria, there are people who cannot afford basic healthcare, so a higher price is not always a positive.”

The discussion also addressed the issue of pipelines as well as exploration and production, and finalized with a series of policy recommendations. Each participant issued their predictions for their company and Nigeria’s gas sector over the next 3-5 years. Charles Osezua, Board Member of the Petroleum Club and MD of OWEL Holding, gave the closing remarks. 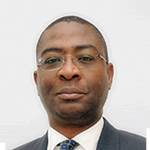 Senior Technical Adviser, Upstream & Gas Ministry of State of Petroleum Resources
Gbite Adeniji is the Senior Technical Adviser for Upstream & Gas to the Minister of State of Petroleum Resources. A widely acknowledged oil and gas lawyer with a practice spanning more than a quarter century, Adeniji was one of the several key aides appointed by ibe Kachikwu, Nigeria's Minister of State For Petroleum Resources, to provide intellectual grounding for policy thinking and execution and help build capacity in a ministry that had nothing to vet the proposals coming from state hydrocarbon company NNPC and industry regulator DPR. 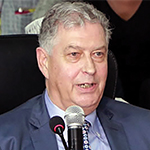 Chairman Greenville Oil and Gas
Eddy van den Broeke is the Chairman of Greenville Oil and Gas, the pioneer of the first mini-LNG plant in Africa situated in Rumuji, Rivers State Nigeria. He made his foray into the Nigerian business world in 1996, when he founded and successfully ran the ASCA group, which was the largest supplier of bitumen in Nigeria with a market share of over 90%. He has an engineering degree from the Catholic University of Leuven, Belgium, a degree in marketing from Ecoles des Cadres in Lausanne, Switzerland, and a PhD in European Studies from the Catholic University of Leuven.

CEO NLNG
Tony Attah is the CEO of Nigeria LNG (NLNG) and the Vice President of Bonny Gas Transport. He has over two decades experience in the Oil and Gas Industry and prior to his current role at Nigeria LNG Limited, he was the Managing Director and Board Chairman of Shell Nigeria E & P Company SNEPCo, Vice President HSE and Corporate Affairs, Vice President Human Resources (HR) as well as other technical & non-technical roles in Operations and major projects including being the head of Head of Joint Venture Economics in the commercial function. He holds a Bachelor degree in Mechanical Engineering from the University of Ibadan and a Master of Business Administration from the University of Benin. He is a member of Council for the Regulation of Engineering in Nigeria (COREN) and Society of Petroleum Engineers (SPE), and a fellow of the Nigerian Society of Engineers (NSE). Over his distinguished career across Europe, Russia and Africa, He has led multi-disciplinary teams across diverse cultures. He has been renowned for his strong strategic and commercial mind-set which is underpinned by a solid technical background and excellent leadership capabilities. His goal in NLNG is to sustain the historical excellent performance, move the company to the next level and continue to make NLNG an inspiration to Nigeria. 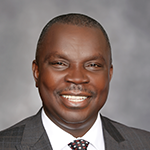 CEO Seplat
Austin Avuru is a key player in the Nigerian oil and gas industry. He started his career with NNPC in 1980, holding several positions over twelve years including wellsite geologist, production seismologist and reservoir engineer. He left NNPC in 1992 to become technical manager/Deputy COO of a pioneer deepwater operator start-up, Allied Energy Resources. Buoyed by his appetite for value creation, in 2002 he assembled an array of industry professionals to form Platform Petroleum Limited and became its managing director. Following the divestment program by IOCs, his team at Platform worked with Shebah Exploration and Production Company to form SEPLAT in 2009. SEPLAT acquired a 45% interest in three oil blocks from Shell, Total, and Agip. Under his leadership, the company has grown from a little-known minnow producing 18kbd to a major Nigerian Independent, listed on both the Lagos and London Exchanges, producing over 70kbd crude oil and 280mmscfd of gas. A geologist/petroleum engineer by training and an alumnus of Harvard Business School, he is an accomplished industry writer and resource professional for major national and international conferences.