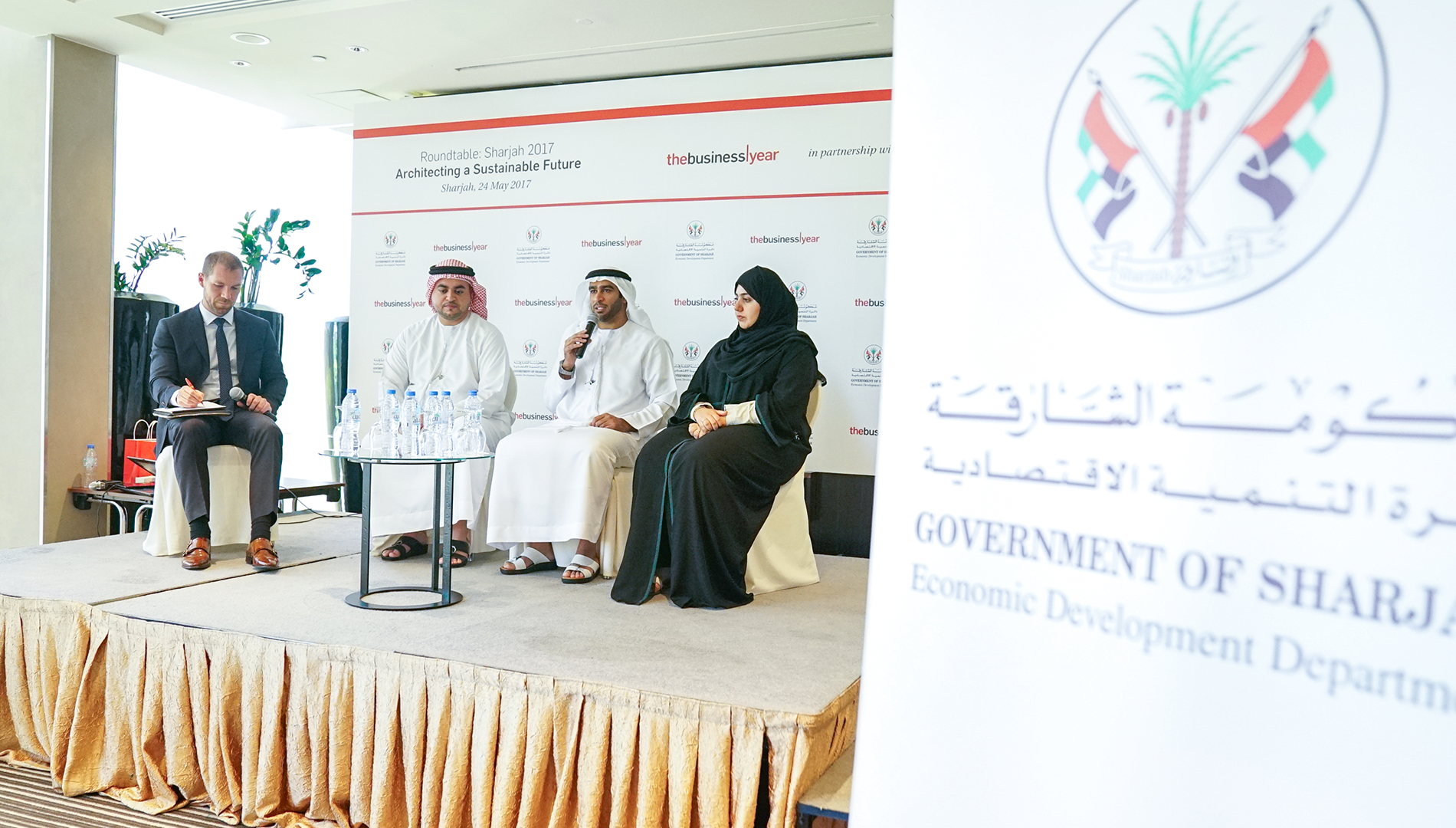 The keynote speech, delivered by Mr Fahad Al Khameri, Director of Registration and License at Sharjah Economic Development Department, touched some of the many opportunities for growth in the Sharjah economy. Under the direction of His Highness Sheikh Dr. Sultan bin Mohammed Al Qasimi, Supreme Council Member and Ruler of Sharjah, the Emirate has developed into a cultural hub boasting the UAE’s most diversified economy and some of its best educational institutions.

Editor-in-Chief Leland Rice then gave a speech utilizing TBY’s most up to date analytics and research to give an overview of Sharjah’s economy and each of its most prominent sectors. While the Emirate has been a long-standing leader in manufacturing, Sharjah’s retail and tourism sectors have shown strong, reliable growth over the last few years. One of the most important sectors to keep an eye on is healthcare as not only the Sharjah Healthcare City is under construction, but also several large healthcare providers are moving to Sharjah to open facilities.

The discussion began by looking at what Sharjah’s diversified economy consists of and how each attribute translates growth and further development. The speakers noted that the Emirate’s logistics, infrastructure, healthcare, industry, and cultural conservatism make it not only attractive for all kinds of businesses and international organizations, but also a welcoming home for families.

The panel then spoke about the ongoing objectives the local government, chiefly the need for fostering collaboration between the public and private sectors in a sustainable manner. The Sharjah Chamber of Commerce and Industry has created several awards designed to incentivize young entrepreneurs while the SEDD through licensing and regulation, encourages manufacturers to demonstrate responsible and ethical supply chains. Furthermore, Sharjah Electricity and Water Authority is focusing on reducing consumption and eliminating waste.

Looking toward the future, panelists were very enthusiastic about the sustained knowledge economy rooted Sharjah’s University City which, in addition to hosting the UAE’s top universities, hosts Sheraa, the Sharjah Entrepreneurship Centre, and the Research, Technology, and Innovation Park. Agreeing that prioritizing collaboration and increased communication and maintaining the highest standards in education were the highest priorities, the discussion ended on a noted of optimism. 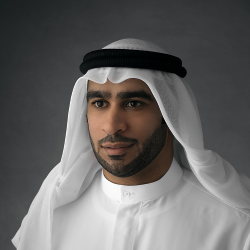 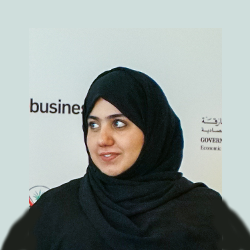 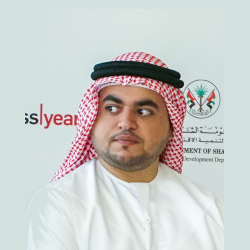 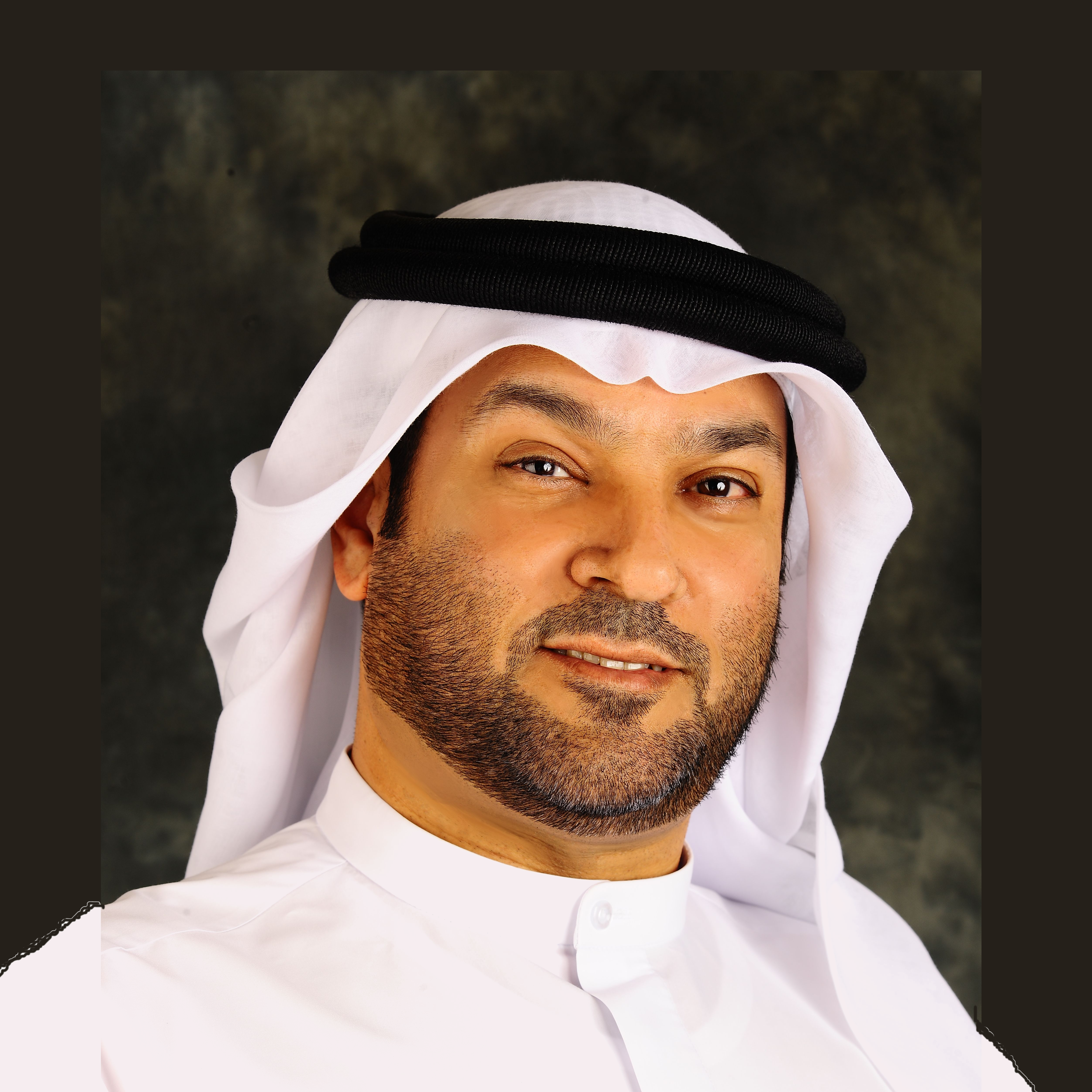 Chairman Sharjah Economic Development Department (SEDD)
HE Sultan Abdullah bin Hadda Al Suwaidi has been Chairman of the SEDD since 2012. Prior to being appointed Chairman, His Excellency served as Secretary General of the Sharjah Consultative Council from 1999 to 2012, and Director of Membership Affairs and Transactions at the Sharjah Chamber of Commerce and Industry from 1988 to 1999. Since 2012, he has been a member of the Sharjah Executive Council, the Emirates Standardization Authority Council, and the Economic Coordination and Cooperation Committee. His Excellency holds a bachelor's degree in public administration/politics from UAE University in Al Ain. 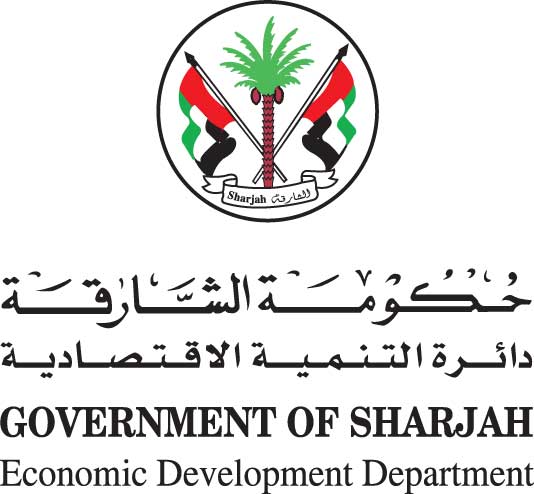