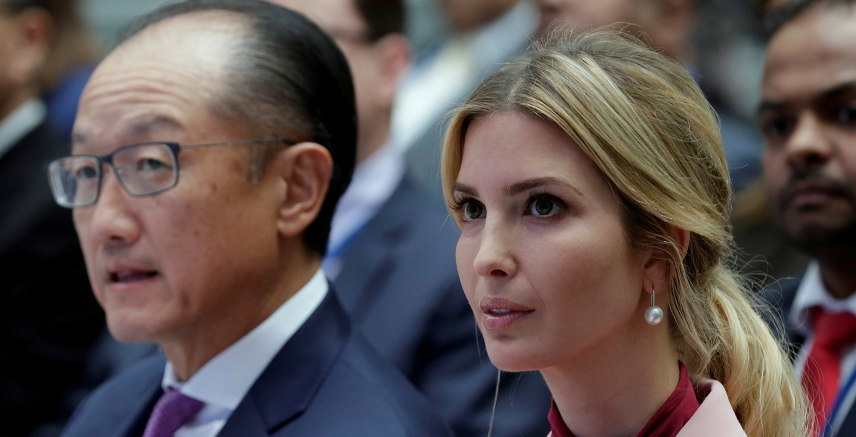 Share on:
As the White House starts vetting a replacement for Jim Yong Kim, who unexpectedly stepped down as World Bank President last week, a series of existential questions about the bank have come to the fore.

Jim Yong Kim shocked the worlds of high finance and international development last week when he unexpectedly announced he was resigning as president of the World Bank to join New York-based private equity firm Global Infrastructure Partners (GIP). The move comes three years before his second term (2017-22) was to end.

In a letter to employees, the 59-year old doctor and anthropologist confessed that his “opportunity to join the private sector was unexpected,” but would allow him “to make the largest impact on major global issues like climate change and the infrastructure deficit in emerging markets.”

GIP, where he’ll continue doing the Lord’s work, first made headlines in 2009 when it led a consortium of investors that purchased London’s Gatwick Airport for USD1.93 billion. In December it sold its shares to French infrastructure company Vinci for an equity value worth just under USD7.73 billion, the FT reported.

In 2018, it sought to double that effort by raising another USD20 billion for a separate infrastructure fund aimed largely at transport and renewable energy projects.

For a market in which ‘unlisted infrastructure’ is fast gaining ground among pension and sovereign wealth funds—since infrastructural assets are unrelated to stock prices—GIP’s ascendency is telling.

Kim, critics of the World Bank have mused, really may have more impact in the private sector.

For starters, who will replace him?

Since the bank’s founding 74 years ago at Bretton Woods, New Hampshire, the institution has been de facto headed by an American (citizen) chosen by Washington. In return, the IMF, the bank’s sister organization responsible for currency stabilization, gets a European.

Yet those were the old days, many now like to muse. Now with 189 share-holding members, the vast majority of which from the global south, the clamor for ending America’s de facto monopoly has never been louder.

Though candidates from Colombia and Nigeria did kick up some dust in 2017, Jim Yong Kim, first appointed by Obama in 2012, cruised to reappointment under Trump. And while the bank’s current CEO, the much-respected Bulgarian economist Kristalina Georgieva, will serve as interim president after Kim’s departure, it is only temporary.

Though the White House was quick to quash rumors over the weekend that Ivanka Trump was being considered for the position, the New York Times reported on Monday that she, along with Treasury Secretary Steve Mnuchin and White House Chief of Staff Mick Mulvaney, would play a leading role in choosing the bank’s next head.

However heterodox, Ivanka’s bona fides do include helping set up the Women Entrepreneurs Finance Initiative, known as We-Fi, a USD350 million fund to unlock financing for women-led or owned businesses in developing countries. Administered by the World Bank, it received initial funding from 14 member countries when launched in October 2017, and seeks to raise an additional USD1.6 billion.

Though the White House has until March 14 to put forward a candidate, Mnuchin, Mulvaney, and Ms. Trump began mulling over candidates on Tuesday.

Apart from denying that former UN ambassador Nikki Haley’s candidacy was in the offing, the only name to emerge so far is that of Ray Washburne, a Dallas-based property developer who currently heads Overseas Private Investment Corporation (OPIC).

The development finance arm of the US government that helps the US private sector get a foot in foreign markets, OPIC was long lambasted by President Trump and similar conservatives as a ‘corporate welfare‘ scheme that ought to be scrapped.

But that was before Washburne stepped in.

Rather than see OPIC implode on his watch, the restaurateur and long-time Republican Party fundraiser—a native of Highland Park, Texas, the wealthy Dallas suburb that also raised up Claire Underwood—is thought to have single-handedly saved the body.

By convincing Trump, plausibly enough, that OPIC could help counteract creeping Chinese influence around the world, in October 2018 OPIC’s budget was more than doubled to nearly USD60 billion as part of the Better Utilization of Investments Leading to Development (Build) act signed into law.

Now a leading candidate to replace Kim, Washburne’s prowess as a successful Texan businessman and Bush Jr.-era Republican Party operative puts him in excellent stead to turn back the cosmopolitan tide of the Obama years, and reject the calls of the so-called international community and Global South to appoint someone more development-minded.

The struggle against irrelevance

In the long run, however, the president’s nationality may matter less than it seems.

For a bank that once dominated most of the global development scene—often in decidedly politicized ways during the Cold War—its creeping marginalization runs parallel to that of its imperial custodian.

Indeed, the bank’s real challenge lies less in de-Americanizing its leadership than in transforming, or simply making good on, its original mission: the radical reduction of poverty through massive, sustainable capital transfers from rich investors to poor countries.

As the Indian economist Mihir Sharma scathingly noted in Bloomberg, rather than put the rich world’s savings to use—some USD90 trillion, according to his estimation, or 12.4% more cash than total global GDP amounted to in 2017—the bank has devolved into “a slack, bloated, public-sector bureaucracy that survives by flattering its host governments and playing it safe with donors.”

By the above economist’s accounting, developing countries need between USD1 and 1.5 trillion in infrastructural investment every year, a number that vastly dwarves total global development aid (USD146.6 billion in 2017), much less infrastructure funding, and is actually shrinking (down 0.6% on aid given in 2016).

While Beijing, for its part, is hardly playing it safe, its equally ambitious Asian Infrastructure Investment Bank (AIIB), launched merely three years ago, has yet to live up to expectations—lending out merely USD4 billion in its first two years (2016-17), a far cry from its stated goal of USD10-15 billion/year.

That said, it is already transforming the way development finance works by vastly reducing the bureaucracy involved in moving money to where it’s most needed.

More than ever, African, Asian, and Latin American countries strapped for development cash are coming cap in hand to Papa Peking, whose bilateral beneficence comes with less, or at least less battle-tested, strings attached.

New day for a dying sun?

To be sure, Kim’s tenure was hardly a complete failure. For starters, he helped the bank secure a rare funding increase of USD13 billion from the Trump administration in April 2018. Equally important, he was widely hated throughout the institution for his persistent efforts to cut administrative costs and make the 73-year old behemoth into a nimbler ‘solutions’ bank, i.e. more responsive to developmental needs on the ground in member countries.

Though 9,000 of the group’s 15,000 employees signed a letter in August 2016 complaining that only one in three staff “understand where the senior management team is leading us,” and that “even fewer believe that our senior management creates a culture of openness and trust,” the bank’s employees—career mandarins that long outlive their ephemeral presidents—are notorious for disparaging the bank’s leadership.

Indeed, that Kim broke up with the bank barely halfway through his second term, rather than vice versa, probably says more about the bank than the anthropologist twice chosen to head it.

If it is to save itself—and the world along with it, as per its mission—much work lies in wait for the Texan founder of Taco Diner, or whomever else is chosen by Ms. Trump.

No Data Found.
View All Articles