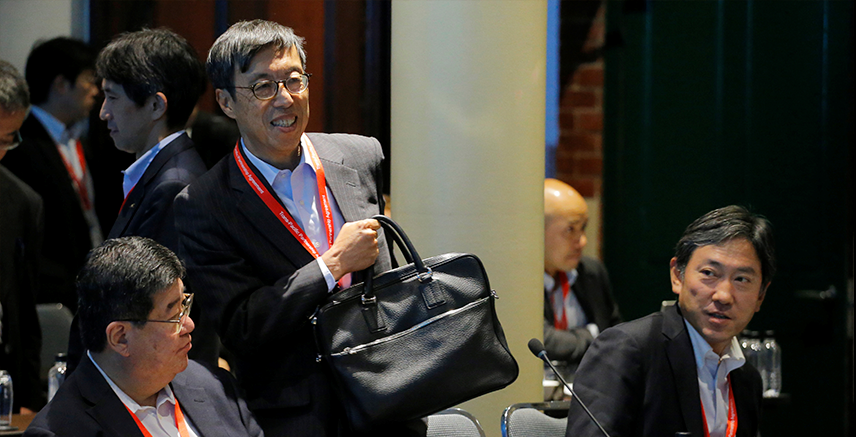 TPP or not to be?

The question still remains: will it go ahead?

Share on:
The 11 remaining members of the Trans-Pacific Partnership are reportedly considering amendments to keep the agreement alive.

According to sources attending the TPP senior leaders meeting in Sydney on Tuesday August 28, officials are evaluating viable alternatives to re-energize the divisive trade deal.

The original deal had surfaced in late 2015, following five years of extensive negotiations amongst its hopeful signatories: Brunei, Chile, New Zealand, Singapore, Australia, Canada, Japan, Malaysia, Mexico, Peru, Vietnam, and the US. With a combined GDP of USD27.6 trillion, the TPP promised to be the biggest free trade agreement the world had ever seen, creating also a common framework for intellectual property (IP) and labor and environmental standards between its member states.

Then came Donald Trump. Winning the race to the White House on his ‘America First’ platform, Trump kept true to his election promise and, on his first day in office, signed an executive order to immediately withdraw the US from the TPP — plunging its future into disarray.

Yet the remaining eleven member states, or TPP-11, have been resilient. On the back of the Asia-Pacific Economic Cooperation (APEC) meeting this May in Hanoi, leading officials from these countries to pledge a statement of commitment to press on with the pact.

With over USD12 trillion of combined GDP still on the table, the likes of Japan and Australia have been key in rallying enthusiasm for the agreements complex ratification process. Despite this, however, since the withdrawal of the US, implementation of the TPP has been slow, if not stagnant altogether.

Thus, fearing that other countries may follow Washington’s lead, or worse yet, jump ship to the rival, Chinese-led Regional Comprehensive Economic Partnership (RCEP), officials have opted to consider amendments to the agreement in a bid to keep hopes high.

Much of the discussions are focused around Vietnam, which was considered one of the biggest beneficiaries of the TPP due to its booming manufacturing output and promised access to the American consumer.
In turn, the Vietnamese, along with Mexico and other large production hubs, were forced to accept concessions over IP rights in sectors such as pharmaceuticals and IT, which are overwhelmingly dictated by large US corporations.

With the US withdrawal, however, Vietnam is insisting on revising some aspects of trade deal—particularly relating to pharmaceutical data—and has seemingly gained the support of Japan and New Zealand for such amendments, according to Reuters.

While Trump has categorically denied any possibility of a U-turn on the TPP, his counterparts from across the Pacific have no doubt closely observed his troublesome administration and must be wondering whether the doors for US membership are forever closed, or whether a predecessor could be in line sooner than expected who may—perhaps—pivot Washington’s foreign policy toward Asia once again.

In doing so, they face a dilemma: should they prepare for life in the world’s biggest trade deal without the world’s biggest economy, they can exercise their freedom to tweak the agreement to better suit the remaining members. In doing so, however, they will no doubt push America’s interests for joining further and further away, if and when the tide turns eastwards.