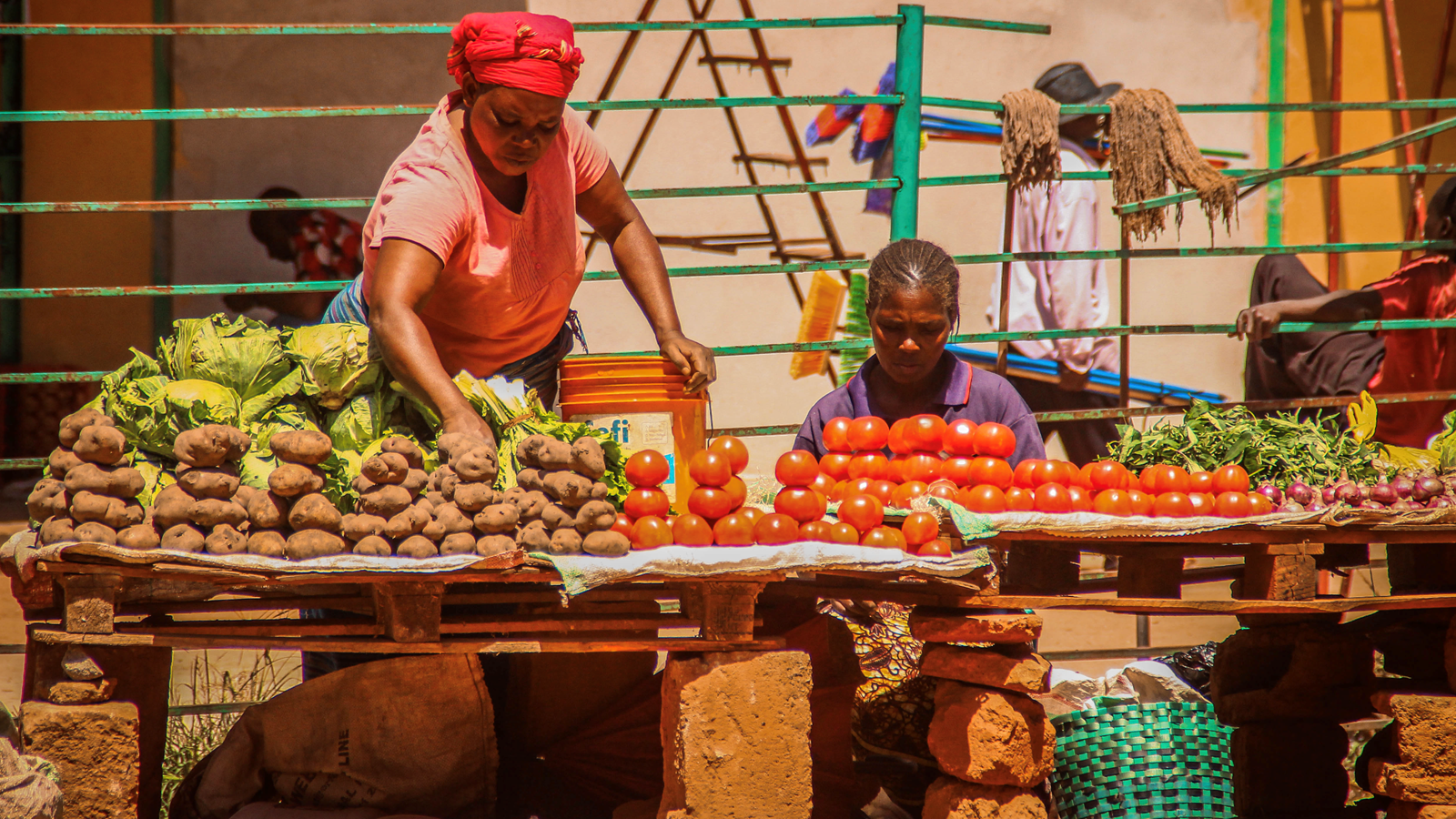 What Is Needed to Build a Basket

Share on:
Much of Zambia's economy is dominated by subsistence agriculture and it has not yet undergone the significant structural transformation required to make it the breadbasket of southern Africa.

The country is made up of 752,614sqkm of land, 60% of which is arable. This grand swathe of growing potential is made even more attractive by the fact that 40% of the water in the sub-region is domiciled in Zambia. For all its potential, the sector is underperforming. Yields are low, value chains are simple, and most farmers are subsistence producers. The product list comprises crops, livestock, and fisheries. The country’s staple crop and the one most widely cultivated is maize. A level of anxiety and paranoia surrounds the crop after shortages led to riots that almost toppled Kenneth Kaunda’s government back in 1990. Other major crops include cotton, soybeans, tobacco, groundnuts, as well as sugar, fruits, other vegetables, and flowers.

The low population density and challenges in service delivery means that even though 57% of the labor force are employed working the land, 81% of them are in vulnerable employment. According to the UN Zambia Human Development Report 2016, 60% of smallholder farmers in this sector are extremely poor, lacking the necessary education, skills, and financial endowments to increase productivity. Of the 58% of land suitable for agricultural production, it is estimated that only 14% is currently under cultivation. Over 60% of the country’s 15 million people still live in poverty and the majority of them rely on small-scale subsistence farming for a livelihood. It is estimated that today there are 7.6 million Zambians of working age, and 46% of the population is between the age of 0 and 14. Bringing these people out of subsistence farming, increasing yields, and providing formal markets and more complex value chains, could be the answer to the burgeoning unemployment bubble.

Staple crops for the noncommercial farmers include maize, sorghum, rice, millet, and cassava. Despite the decades-old paranoia about food shortages, the maize market is pretty undeveloped, if buoyant. The national requirement is half of what is produced on average, and there is potential to do more. Eike Hupe, Managing Director of BASF Zambia Ltd, explained, “The average maize yields for smallholders is a little above 2 tons/ha. With the right training and tools, smallholder famers can achieve yields of up to 5 tons/ha or more, more than doubling their output.” Smallholder farmers produce about 90% of the country’s maize and the government buys a percentage of the product. This year it is buying 220,000 tons from private grain dealers and suppliers. On average, Zambia annually consumes 800,000 tons of maize for industrial purposes and 2 million tons for consumption. During the 2014-2015 season, Zambia exported 700,000 tons of maize to Zimbabwe, 300,000 tons to the Democratic Republic of Congo (DRC), 200,000 tons to Malawi, and a total of 500,000 tons to Namibia and Botswana.

The pursuit of better margins among savvy farmers has led to a more diversified basket of goods and is reflected in the fact that Zambia’s exports are growing and diversifying. Commercial farmers, who farm less than 1% of Zambia’s 750,000sqkm, prefer to grow higher value crops such as sugar, tobacco, wheat, soybean, and maize, which have grown by 27% p.a. since 2000, according to the World Bank, which also noted how the number of exporting firms, products, and destinations has also grown quickly.

Zambia is home to some impressive agri-entrepreneurs who have created sizable value chains in country. Zambeef epitomizes this, a USD230 million company, that started 20 years ago with two young men delivering beef from the back of a Land Rover. Today, it is a sophisticated multinational listed on the Lusaka Stock Exchange, with operations in Nigeria and Ghana. Zambeef employs 6,000 directly, produces a quarter of Zambia’s wheat and soya, and has 150 retail meat outlets nationwide. TBY spoke to Carl Irwin, joint founder and CEO of Zambeef, who recounted how it is branching into poultry, breeding chicks, and selling them and feed. “We also want our stock feed and day-old chickens to be available to the informal sector as well, which is a major market for us. By making our stock feed and day-old chicks both conveniently available and competitively priced for the informal sector we have made that sector a customer rather than a competitor.”

There is a structural reason for why the informal sector is larger than the formal sector. Land in Zambia, according to the Lands Act, is owned by the state, and farmers are not owners of the land they live on; they instead lease the land from the government, if they formally operate on it at all. The law states that the President may lease land vested in him to any Zambian, or non-Zambian under specific circumstances, which is referred to as leasehold tenure. Leasehold tenure may be granted for a maximum period of 99 years, with the possibility of extension. Ultimately, because the land is not owned by the farmers, it means that farmers are not able to offer land as collateral if they want to invest in their farm, buying machinery or new seed varieties. Another aspect is that there is a 17.5% VAT on farm inputs, which can be claimed back, but the delay often cripples cash flow. The government is providing some encouraging tax rates to try and stimulate the sector. Usually, the tax rate is 35%, but for agribusinesses it is 10%, which is one attempt to free up capital for investment.

This goes some way to explaining why Zambia’s export basket is not reflective of its potential. Luck Mbewe, CEO of Zambia Export Growers Association, broke down the export figures: “Zambia exports cut flowers, fresh vegetables, and fruits to the EU and South African markets seasonally, and some vegetables are destined for the New Zealand and Australian markets.” Floriculture is one of Zambia’s key export industries, exporting about USD40 million of roses every year. Over 60 varieties of fresh roses, such as Tropical amazon and Red calypso, account for 95% of production, with the rest made up of summer flowers such as amaranthus and bupleurium. The sector employs more than 6,000 people, of whom half are women; this figure, however, is a little more than one-third of the figure a decade ago, which is symptomatic of technical advances.

There are no exemptions on duty for horticulturists, and the sector no longer enjoys the duty-free status once enjoyed by exporters. Kenya and Ethiopia, meanwhile, are surging ahead in this sector. Kenya’s cut-flower exports increased 12-fold to 137,000 tons between 1988 and 2014, and is now the world’s third-largest flower exporter, employing half a million Kenyans, bringing in USD600 million per annum. Zambia would do well to look northeast for an example of how logistical infrastructure goes hand in hand with a developed agricultural sector.

One sub-sector that has been receiving a great deal of attention from the government is the fishing industry. Historically, with its lakes, rivers, and swamps, fishing has been a popular pursuit. But with demand for low-cost protein on the rise, many are beginning to see Zambia’s water as a source of food as well. “Fish can open up a whole new channel of providing affordable protein to a large growing population within the region,” explained Bryan McCoy, CEO of Yalelo. “Given that the two most advanced fish feed plants in sub-Saharan Africa will both open in 2017 in Zambia, it appears the requirements for a strong sector are falling into place.” The Zambian government has thrown its weight behind the development of an aquaculture industry; even President Lungu has put in fish ponds at the official residency of the country’s head of state, State House.
Tilapia is the preferred fish in Zambia, and is at the center of this attention. It has strong export potential, and is being presented as both a commercially and socially valuable sector. Zambia imports over 60,000 tons of fish annually, and its immediate neighbors import in excess of 20,000 tons. To supply this demand, a value chain is developing, with feed manufacturers moving into the country to support more fish farmers for the years to come. As McCoy went on to explain, “The private sector has identified a market in Zambia for fresh fish, and as long as the government continues to create an investment-friendly environment, the aquaculture sector will grow.”

Nevertheless, the fact remains that private players in the field have to source the financial capital needed to build physical infrastructure to lower supply chain costs for manufacturing. The likes of Zambeef, Yalelo, and the country’s big milling companies have all received substantial funds to develop capacity and even in some cases build the transport infrastructure required to ship their products to where they are needed. Unless there are structural adjustments, the majority of Zambia’s farmers tied to the land will remain tied to poverty.