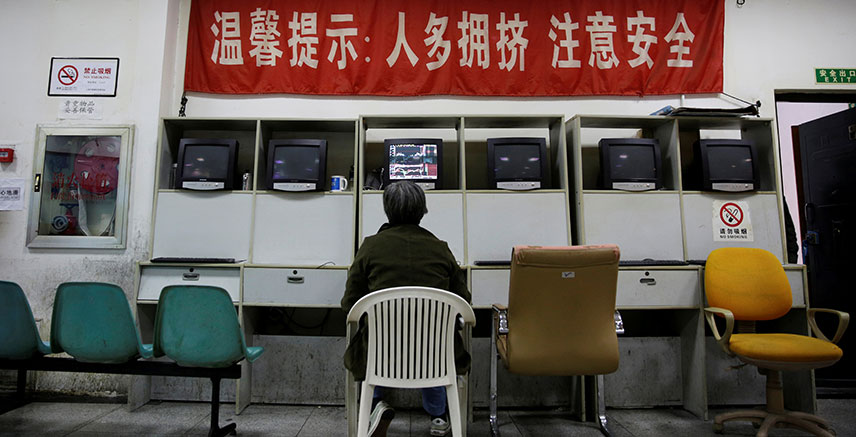 And what's a frontier market, anyway?

Share on:
How does Morgan Stanley Capital International (MSCI) decide who sits at what table in the global financial cafeteria?

An investor looks at a screen showing stock information at a brokerage house in Shanghai, China November 9, 2016

The global capital market index system built and popularized by MSCI since 1988 has morphed into the world’s most important tool for assessing the health—and profitability—of vast swathes of the planet. Its word is bond; is its method?

Using rigorous data analysis to measure the strength and viability of individual stock markets, MSCI has designed four indices that determine whether one’s economy and capital markets are classified as developed, emerging, frontier, or standalone.

Launched in 1988, these indices now have around USD11 trillion in assets.

Of the world’s 195 recognized countries, only 94 make one of the four indices, making even ‘frontier’ and ‘standalone’ relatively coveted positions.

The strength of each classification largely determines the overall investment flows a country is likely to receive: those stamped developed or emerging become all but officially ‘ok’ for larger, conservative concerns such as insurers and pension funds.

Those receiving no MSCI classification whatsoever had best call their cousin in Columbus for a cash injection.

Seated with the graduating seniors are the cool, ‘developed’ nations: the US, Canada, Australia and New Zealand, Israel, Japan, Hong Kong, Singapore, and virtually every country in Western Europe.

All heading off to college next year, they are a predictable, dependable bunch: reliant, rule-of-law-abiding, and transparent. They enjoy high liquidity and low transaction costs.

Like a social after-dinner smoker, they are adequately but not overly regulated.

They protect minority shareholders, keep foreign ownership restrictions to a minimum, do not penalize the repatriation of capital, and have free and well-developed equity markets and simple registration processes for foreign investors.

They don’t discriminate. Money in and money out: losers aside, everyone’s a winner.

As far as most investors and MSCI—the prom queen and class president of measuring capital markets—are concerned, this batch will bring home the kind of bacon that makes father proud. Bar none, they will become doctors and directors of regional banks.

In terms of growth, this batch might not hit a home run or conquer the Aztecs, but they will show constant, long-term, low-inflation returns as long as man is optimistic and earth has mildly predictable meteorological patterns and carbon to burn.

A few tables over sit the ’emerging’ markets. If not as seamlessly promising as the dentists and dog psychotherapists at the ‘developed’ table, these are the actors, coders, and master cabinet-makers throwing up bridges at rates not seen since the Gilded Age.

These spunky rising juniors are also a select, if more colorful, group.

More recent arrivals to the hallowed halls of Global Finance High, their parents trekked a much-longer snow-ridden path to school than anyone in the ‘developed’ field.

Having survived the calamities and communisms of the 20th century to emerge nearly on top in the 21st, this group has come the furthest in the past 40 years—often accomplishing in two generations what took four centuries in Western Europe.

A veritable ‘who’s who’ of the Global South and former communist East, this emerging basket contains not only the world’s great commodity and manufacturing powers, but also the fastest-growing middle- and upper-middle-income populations in the world.

In Asia it includes India, Indonesia, South Korea, Malaysia, the Philippines, Taiwan, and Thailand. While Pakistan was the latest to join in spring 2017, the major news of the year was the elevation of so-called Chinese A shares to ’emerging’ status in June, to be effective one year hence.

A shares for B students…

Granted, this basket of Chinese ‘A shares’ only represents a market cap of 222 of the 3,980 Chinese firms listed on the Shanghai and Shenzhen exchanges—less than 1% of MSCI’s total emerging markets index.

That being said, some 1,700 Chinese shares can already be bought and sold on the Hong Kong bourse; taken together, the market capitalization of the Shanghai, Shenzhen, and Hong Kong exchanges is easily the second largest in the world.

Symbolic or not, this ascension represents a turning point in the recent history of capital markets—and one to which the animal spirits were overwhelmingly positive.

That being said, the strings of China’s upgrade are still thick, sturdy, and very much attached.

For one, funds wanting to set up yuan-denominated financial products, even among A shares, still need the approval of the Shanghai and Shenzhen bourses, an anomaly for any major global market.

Second, capital expatriation is still limited to 20% per month. And third, top Chinese firms still have a spotty record of suspending trading, a cardinal sin. A study from Credit Suisse Group AG showed that 8% of A shares alone were halted as of May 2017.

Yet to focus on Chinese infractions is to miss the forest for the trees: as with all experiments in social engineering, MSCI’s goal is to nudge China along the path to greater transparency and capital outflow liberalization.

This is the principle reason why after successive years of painstaking deliberation, it has only targeted a select few firms already dually listed on the Hong Kong stock exchange in it’s A share grab bag—and is paying nothing but lip-service to expanding the index any further before significant moves are made to bring an end to trading halts, and restrictions are eased on capital repatriation.

All the same, the June decision still marks a step in the right direction—no matter how ironic it may be that a small New York-based advisory dictates the terms on which the world’s largest country and most dynamic economy gets to raise liquidity.

Las Venas Abiertas, and then some

The rest of the ’emerging’ category is made up of the traditional Latin American powerhouses (Brazil, Chile, Colombia, Mexico, and Peru) and the most successful of the former Warsaw Bloc (Russia, Poland, Czech Republic, and Hungary).

At the helm of the world’s great east-west and north-south crossroads are Egypt, Turkey, and South Africa, not to mention the recent additions of the planet’s most capable petro-states, Qatar and the UAE, admitted in 2014.

Each of the latter made the leap from ‘frontier’ to ’emerging’ status as a result of soundly steering admittedly very tranquil waters (when oil was still trading at USD100/barrel).

Wheat from the chaff, gluten from the wheat

As if eye for an eye, that same year (2014) saw Greece and Morocco downgraded from developed to emerging and emerging to frontier respectively—the former for its failure to meet MSCI requirements on short selling and securities borrowing, the latter for long-term unresolved liquidity problems.

Yet apart from individual infractions, what other sticks and carrots are used to draw these powerful lines in the sand?

For the IMF, the criteria are clear enough: in the early 2000s that body declared Israel, South Korea, and Taiwan to be “developed” economies, each of which had achieved the trifecta of “'[high] per capita income, export diversification, and [a] degree of integration into the global financial system.”

Given the headaches they place on foreign investors, particularly with currency conversions, South Korea and Taiwan are still relegated to ’emerging’ status while Israel was upgraded to ‘developing’ in 2010 (though, as if in a particular affront to its founding fathers, not within the “MSCI Europe” basket).

So what’s the difference between emerging and frontier?

From homeless to Harvard

As with classifications at the top, this too is more often a difference of degree rather than kind—the largest having to do with risk, volatility, and illiquidity.

Back in the cafeteria of global finance, the frontier economies are the foulest, flyest, and flakiest of the school-bunch. The truly cool kids, they are even more diverse and less disciplined than their “emerging” peers.

The rebels and renegades, there’s no telling whether they’ll go to college—which in the age of the great unwinding does not mean they won’t land a job out of high school.

As in every ‘hood, however, it does mean their loans will come with higher interest.

Like the blocks they represent, frontier economies often have opaque authority demarcations (i.e. are not transparent), are subject to scant regulation levels, and suffer from high transaction fees.

At the end of the day, investors have little to no guarantee these economies won’t fall victim to bad inherited habits.

Only Argentina stands alone on the grounds of sheer mismanagement—as a lesson to other would-be “developed” rebels.

Since most of these markets consist of financial, telecommunications, and consumer stocks that rely on customers’ monthly payments, they are particularly prone to currency devaluations and illiquidity, in addition to considerable political risk.

That being said, for those willing and able to play the long game, these underdogs can also bring the highest returns.

As an obscure economist once said: “the reason poor people are poor is because they don’t have enough money.”

Which brings us to the final classification: standalone markets.

To stretch this story’s favorite analogy but a pinch further, this is the table for the talented if maladjusted kids: some the products of violent divorce proceedings and onerous restraining orders (Palestine, Bosnia and Herzegovina); some suffering from silver spoon-induced indiscipline (Saudi Arabia); others from poor parenting, i.e. inadequate corporate governance structures (Ghana, Botswana), or an abusive uncle (Ukraine: downgraded from “frontier” to “standalone” in 2015).

In each of these cases, the country in question has potentially emerging or frontier status, if only it could fix a few major kinks in its system.

Though given standalone status, each of these markets is appended as emerging or frontier. As such, Saudi Arabia is a standalone that meets most emerging criteria, while Bulgaria and Ukraine are standalones benchmarked to frontier status.

In the stifling, heated halls of Global Finance High, MSCI estimations of each students’ worth makes or breaks their reputation and self-esteem.

To be sure, the prom queen cannot force anyone to fail or pass an exam, or prevent you from making the baseball team or going out for the school play; but she can get Biff to misplace your mitt before tryouts or insinuate that you’re a misogynist to the drama teacher. Reputations matter.

As creatures that grow hungry, frail, and smelly in the span of several hours, one senses that certain standards must be upheld for prosperity to reign on earth. And as the market-driven world becomes one, so too must its standards.

Though wielding wildly disproportionate power, MSCI has set out to do just that.

Whatever the case, its ability to dictate the borrowing and lending terms of desert, jungle, steppe, and global street from the confines of 7 World Trade Center will determine much of the flavor of how the 21st century unfolds.

For the time being, best to stay on the prom queen’s good side.