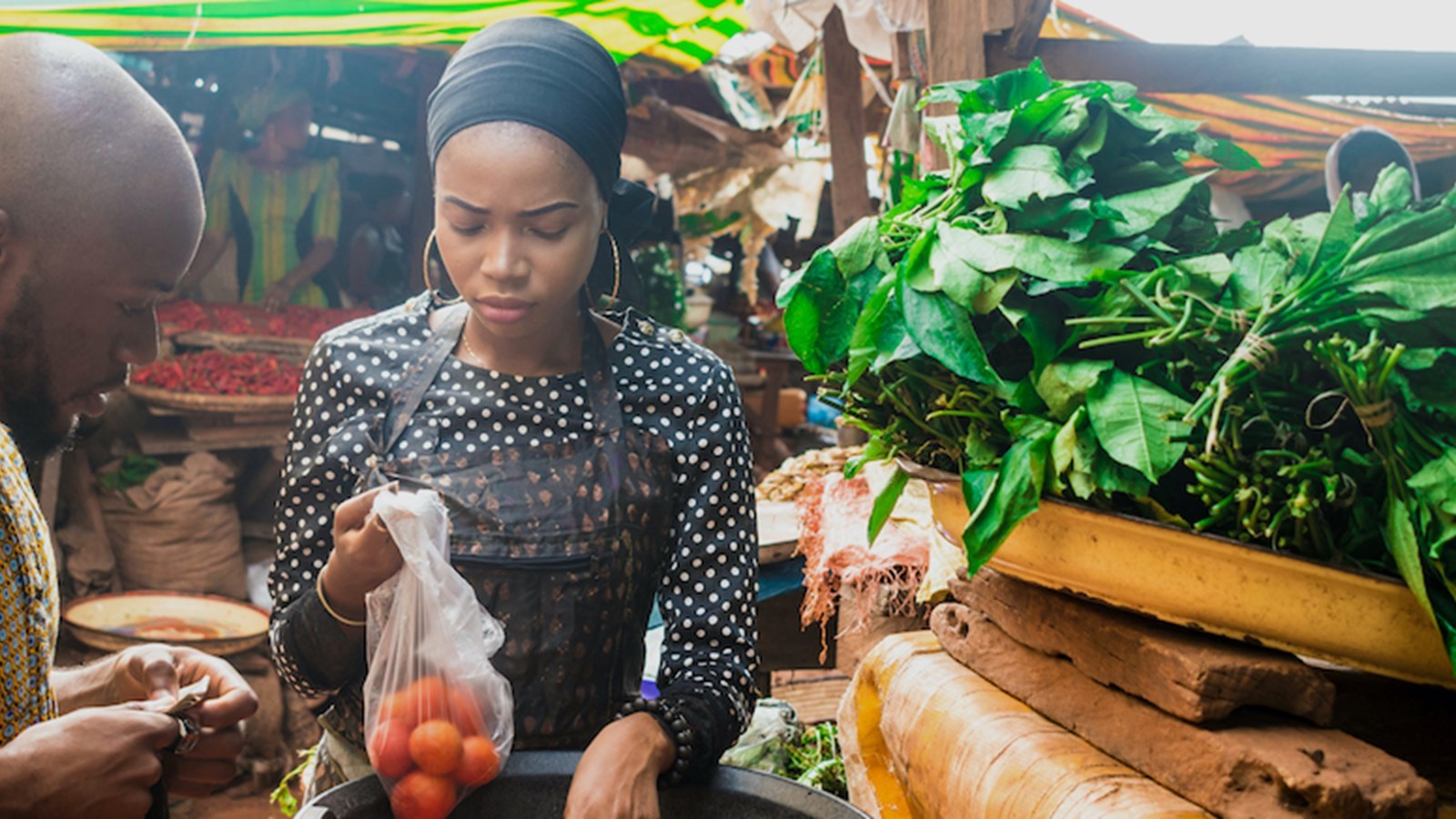 Share on:
Despite the COVID-19 pandemic and expectations of economic contraction, Nigeria’s economy actually grew in 4Q2020. What does this year hold for Africa’s most-populous nation?

Despite estimates that Nigeria’s GDP would contract by 1.86% in 4Q2020, the economy grew by just over 0.1%, unexpectedly bringing the country out of recession at a time of significant global downturn.

In the face of myriad fiscal challenges created by the COVID-19 pandemic, this year-end growth represents a substantial improvement from the third quarter, during which the economy contracted by 3.6%.

While the mild increase in oil prices played a part in the country’s surprising rebound, growth in both the telecommunications and agriculture sectors were able to offset other economic shortfalls.

However, a number of key issues will need to be addressed if the country plans on achieving and maintaining meaningful growth, particularly considering the lingering effects of the ongoing pandemic.

Poverty and unemployment are pervasive issues in Nigeria.

Successive governments have attempted to address these problems with limited success, and without fast and meaningful action the situation could rapidly worsen.

The United Nations predicts that Nigeria’s population could grow to as high as 730 million by the end of the century, from a current population of just over 205 million.

Such a demographic explosion could mean trouble for the country; currently, more than half of Nigerians live below the poverty line; the infant mortality rate is high, diseases like HIV and tuberculosis are rampant, and levels of inequality are pronounced.

Prior to the outbreak of COVID-19, unemployment stood at 23.1% and underemployment at 16%, figures that both saw increases following the pandemic.

The COVID-19 era has also led to a rising youth unemployment rate.

The government responded in early 2021 by designing a job program aimed specifically at the almost 14 million young people who are out of work in the country. Around 750,000 young people will be offered three-month job placements through a special public works program. While a step in the right direction, some have criticized the measure for not going far enough or for failing to address the systemic issues in the country that perpetuate both unemployment and poverty.

Oil has long played a central role in the Nigerian economy.

To some, the oil sector in the country is largely undeveloped, with neither adequate refining capabilities nor the necessary infrastructure to extract the huge oil deposits the country possesses. Others, however, believe that the country has become overreliant on oil, and that the economy has suffered as a result of the fact that governments have failed to adequately diversify the economy away from the commodity.

Indeed, the government can ramp up repair efforts and advance development of its oil industries, but the real potential lies in non-oil activities. That segment has been making promising growth recently, increasing 1.7% year on year from the fourth quarter of 2019.

The country would benefit from shifting its inward facing policies on job growth and raising living standards towards efforts that promote export-oriented industrialization.

In Nigeria and elsewhere, economic growth is closely linked to national security. Issues in the country like food shortages, a population explosion, and underemployment combine to form a kind of feedback loop that worsens the security situation in the country, which, in turn, further exacerbates these issues.

Nigeria has long had to deal with violent crime, drug trafficking, robbery, and terrorism coupled with widespread corruption and a sometimes weak judicial system.

There rests a number of obstacles in the way of improving the country’s security situation. Its nearly 1,500km border with Niger consists of difficult terrain and is poorly policed, allowing for a relatively free flow of terrorists and weapons throughout the area.

Poor governance has also worsened the security situation in the northwest, where citizens feel increasingly alienated from the government. Additionally, the government’s security forces are already stretched thin, with military personnel actively deployed in more than 30 of the country’s 36 states.

To solve these issues, the federal government will have to make serious efforts at clamping down on corruption in cooperation with state governments. This will also be a first step in securing the country’s now porous borders, as lax patrols are in some cases facilitating the transfer of weapons and terrorists.

Keep up to date on developments in the Nigerian economy over 2021 with TBY. Our regular interviews with members of the business community, politicians, artists, and international observers will help us all to better understand the nation’s economic trajectory.