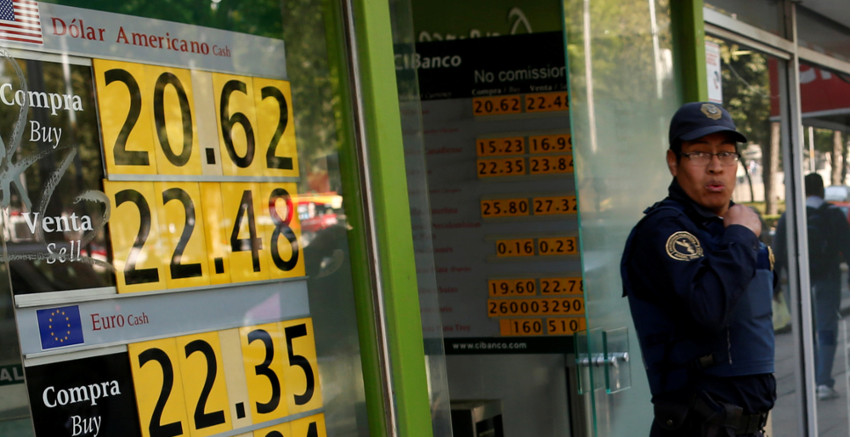 Share on:
The Mexican peso, though it has just experienced its best week in months, is set to have a shocking ride over the coming year.

As a roller coaster ride starts, it takes a while for the cars to climb to the top of the first hill. When the cars reach the top and the riders realize just how high they have gone, the long drop begins, followed by several loops and barrel rolls. The Mexican peso, though it has just experienced its best week in months, is also set to have a shocking ride over the coming year.

Following Trump’s inauguration on January 20, the peso advanced 5% against the dollar. However, as Trump maintained his protectionist rhetoric and passed two executive orders directly affecting Mexico, one of which called for the construction of the border wall, the ride began to get bumpy. Trump also announced a decision to slash Mexican imports coming to the US, though this with a 20% tariff instead of a 35% one, creating more uncertainty and period of fluctuation for the currency.

The new president of the US began by signing numerous executive orders to undo some of the work of the previous administration. Trump initially focused on ordering some changes to the Affordable Care Act, commonly known as Obamacare, and authorized environmental reviews in addition to approving the construction of two new pipelines. In response the dollar began a steady decline from MXN21.5 to MXN20, a relief for Mexico’s economy.

However, the peso dipped again on Wednesday, January 25, when the president signed the order to finalize construction of the border wall, already one-third of the way to completion. The peso subsequently hit its lowest point since the start of the year, immediately losing 5% against the dollar.

Trump had invited Mexican President Enrique Peña Nieto to meet with him in Washington on January 31 to discuss commercial, security, and migration issues. But after he approved the executive order, he tweeted that there was no need to have a meeting with the Mexican Head of State if the latter was not willing to pay for the “badly needed” barrier. Peña Nieto called off his trip to Washington and repeated, once again, that his country will not pay for the controversial fence.

In any case, concern about a potential trade war between the two commercial partners mounted, and saw the peso soaring to MXN21.37 against the greenback on January 27, when it was reported that Peña Nieto and Trump had held an hour-long conversation and agreed to not discuss who should pay for the wall in public. As a result, the currency appreciated to MXN20.8 and remained there over the course of the weekend.

Attention to the battered Mexican currency waned after Trump banned access to the US to nationals from seven Muslim countries later on Friday, and this offered the peso a chance to recover. However, the US and Mexico still have a lot to talk about in terms of trade. The Northern American Free Trade Agreement (NAFTA), an accord which has increased bilateral trade by 400% since 1994, will be renegotiated—or demolished—by the Trump administration in the coming months.

As negotiations proceed, the Mexican peso will remain the best yardstick for gauging which side is more likely to win. If NAFTA is to be canceled, the currency is sure to lose value against the USD. Additional policy changes by the new government in the US will decide what kind of a roller coaster ride the peso will have in 2017.