Experts predicted Mount Agung’s first eruption since the deadly 1963 eruption in September 2017. Increased seismic activity detected a few months earlier indeed led to the first eruption in decades at the end of November, coinciding with Indonesia’s rainy season and creating a mix of volcanic ash and mud to halt transportation across Bali. The airborne ash plumes initially resulted in the cancellation of hundreds of flights to and from multiple airports. The subsequent heavy rains not only cleared the plumes, but also continued to draw the ash to the ground and create streams of “cold lava,“ sending ripple effects throughout transportation systems across the country’s tourist-filled island and beyond.

Alerts from the Center for Volcanology and Geographical Hazard Mitigation (CVGHM) under Indonesia’s Ministry of Energy and Mineral Resources upped Mount Agung’s aviation color code to red—the highest level—on November 25, 2017, due to the volcano’s miles-high ash clouds. Flights at Ngurah Rai International Airport, Bali’s main airport, were grounded for three days as well as flights at Lombok International Airport, though Lombok’s flights resumed earlier. Nearly 450 flights were canceled, and 59,000 passengers were stuck on November 26th alone.
Volcanic ash is especially dangerous for planes because the ash particles can clog jets’ fuel and cooling systems causing engines to stall or even completely fail. Beyond engine failure, the ash clouds can damage the plane’s exterior, interfere with many sensor systems, reduce pilot visibility, and pollute cabin air quality. The final kicker: ash clouds at high elevations are not the obvious, dense masses as they appear from below; in fact, they are very hard to spot.
The pilot’s best call is to heed advice from worldwide Volcanic Ash Advisory Centers (VAACs) to determine the safety of flying conditions. The Darwin VAAC, serving Indonesia, warned airlines about Bali’s Mount Agung leading to air travel disruptions. In the end, airlines make the ultimate decision about operating flights.
Australian carriers Jetstar and Virgin were quick to resume flights as soon as weather conditions blew ash away from flight routes, hoping to get Australian tourists home as soon as possible. Though, continued threat from ash and more seismic activity had Chinese airlines more cautious. Thanks to monitoring and warnings from VAACs, volcanic ash has not caused any major incident or loss of life during air travel.
The most notable ash cloud to disrupt air travel recently was Iceland’s Eyjafjallajokull eruption in 2010, impacting flights on several continents. Estimated daily revenue losses peaked at USD400 million, according to data from the International Air Transport Association (IATA) Economics division. Two weeks of interrupted air travel cost a total USD1.7 billion. To recover some losses, airlines are taking a two-prong approach. On one hand, they are allowing travelers to transfer purchases to other locations and flights. On the other, they are preparing for increased activity to and from Bali in anticipation of the ash settling.
Luckily for Indonesia, flights resumed after three days. Though ominously, the full impact on Indonesia’s air travel is not determined because many are preparing for additional eruptions. During Bali’s airport closure and while experts closely monitor seismic activity, other airports and transportation systems tried to pick up the slack. Nearly a dozen alternative airports on neighboring islands prepared to transport travelers coming from Bali via a surge in ferry crossings. However, journeys to the ferry points were impacted by the cold lava flows, also known as lahars, down the mountain slopes. Seasonal rains combined with ash particles to create a sort of volcanic mud, the lahars spare nothing—including roads, bridges, houses, and farms—in their wake. Bus systems were overburdened trying to evacuate people in nearby villages as well as shuttle travelers to their rerouted flights. From the skies to the seas, volcanic ash can wreak serious havoc on Indonesia’s transportation systems, as proved by Mount Agung’s latest rumblings. 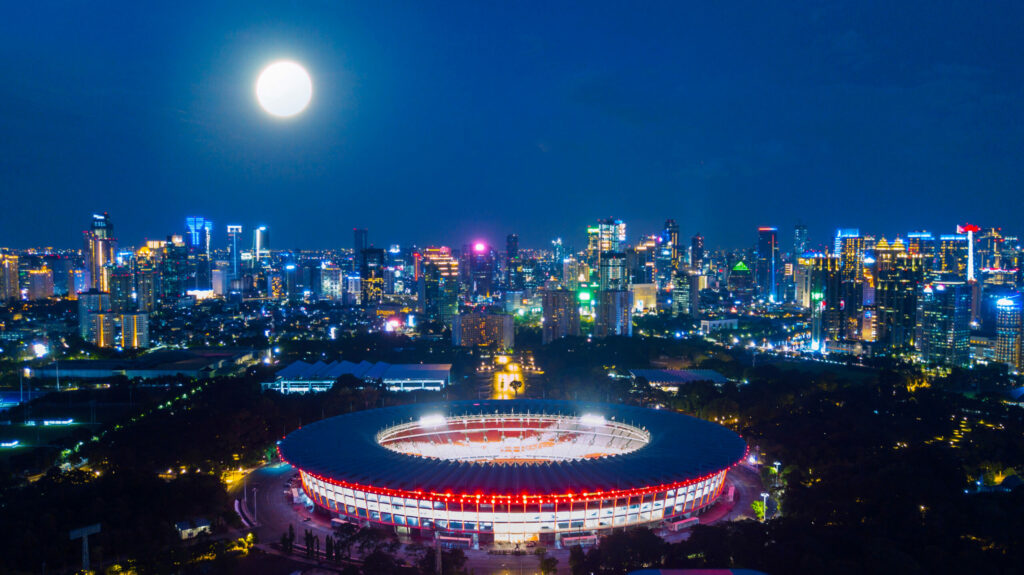