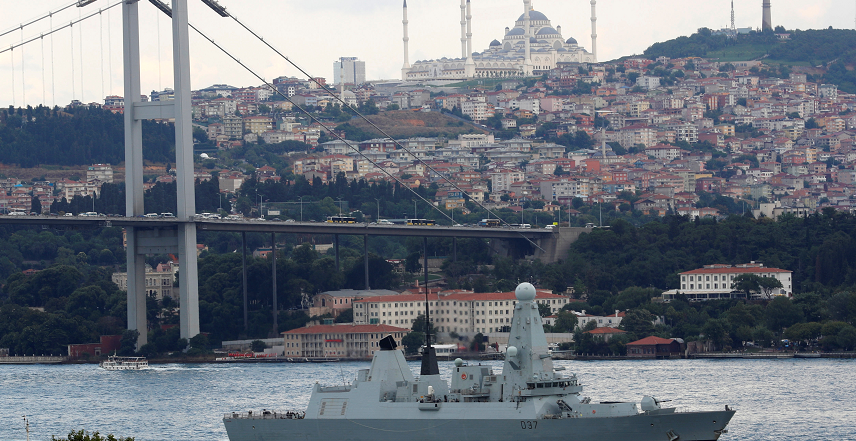 Share on:
In 2011, the discovery of some of the world’s largest gas deposits in the Eastern Mediterranean initially held the promise of wealth and cooperation.

In 2011, the discovery of some of the world’s largest gas deposits in the Eastern Mediterranean initially held out the promise of wealth and cooperation in a region that sorely needed both. Eight years down the line, preexisting regional tensions, ethnic divisions and unresolved border disputes have delayed development and inflamed historical rivalries, not least following the recent touting of new Turkish claims to a share of the wealth.

How the global community reacts to the situation will have repercussions on broader geopolitical issues well beyond the region.

On May 8th, the already delicate situation took a dynamic turn when Turkey’s President, Recep Tayyip Erdogan, crashed the party by throwing yet another big player’s claim into the ring. The unresolved conflict in Cyprus, which saw the island divided along ethnic lines following a war between Greece and Turkey in 1974, has given the Turkish government a claim a share of the island’s offshore gas wealth for its own community, which represents a quarter of the island’s population and occupies almost half of its area.

The only problem is that the Republic of Northern Cyprus is only recognized by The Republic of Turkey, setting the stage for a dramatic showdown between two of the region’s oldest rivals.

In February 2018, the Saipem 1200 drillship, chartered by Italy’s Eni and commissioned by the Cypriot government was on its way to the Calypso gas exploration block, south-east of the island to investigate a significant gas discovery that seemed similar in size and geology to Egypt’s huge Zohr gas field.

It was intercepted by the Turkish navy and forced to turn back. The following month, a Turkish drillship, the Fatih was sent to explore for offshore gas deposits around the Karpaz Peninsula in the Turkish north of the island.

More recently, on 12 June 2019, Cyprus issued international arrest warrants for the 25 Turkish crew members of the Fatih following a successful campaign at the EU by Greek Prime Minister Alexis Tsipras to declare any Turkish gas exploration in Cypriot waters illegal.

A week later, Turkey’s Energy and Natural Resources Minister, Fatih Dönmez, responded by rejecting the warrants and announced that Turkey was sending a second drilling vessel, the Yavuz, to accompany the Fatih. Tellingly, both ships were granted military escorts.

In turn, Greece upped the ante by saying that it would not even condone Turkish drilling efforts off the southeastern Aegean island of Kastellorizo, known as Meis in Turkey, which is a mere 2 kilometers from mainland Turkey.

The souring of these issues has coincided and combined with a range of political issues in the region, many of them directly involving Turkey and its disrupting reemergence as a regional power. Turkey’s fair-weather NATO allies have taken a dim view of Erdogan’s recent purchase of Russian S-400 air defense missiles, which are incompatible with NATO’s preferred hardware, and which may have contributed to the US siding with Greece on the issue of hydrocarbons exploration.

More locally, a symbolically important mayoral election in Istanbul on 23 June presents the ruling AK Party with a rare, real threat to its authority, encouraging Erdogan to play his much-drawn nationalist card, and blaming foreign interference for the country’s current economic malaise. The Mediterranean gas controversy seems custom made for this purpose.

Erdogan’s political posturing on the matter is galvanized by Turkey’s very real need for new supplies of energy. With negligible national hydrocarbon production, Turkey has some of the highest petrol prices in the world and is at the mercy of suppliers in Russia, Iran, and Iraq.

This is far from an ideal situation at the best of times, let alone given the sudden military stand-off across the Arabian Gulf.
A local, abundant source of energy is exactly what Turkey needs right now, and it is not going to give it up without a fight.

But Turkey is not the only country in the region that could use some economic good news. Cyprus and mainland Greece are similarly devoid of on-shore energy resources. And the EU is determined to diversify its energy imports to reduce dependency on Russia and is strongly fighting Greece’s corner, while also holding discussions on a proposed pipeline to transport Cypriot gas to mainland Europe via Greece.

On 18 June 2019, the Cypriot Government threatened to veto any further EU enlargement unless a tougher stance was taken against Turkey, which is already facing European pressure for other reasons.

Erdogan has shrugged off these criticisms, knowing that the looming threat of a conflict between the Saudi and Iranian blocs means that Western governments are unlikely to endanger their alliance with NATO’s easternmost member.

The fact that Turkey’s EU accession talks are already frozen, and that popular support for EU membership in Turkey has shrunk along with the organization’s political credibility, means that there are no sticks or carrots that could be brought to bear on the matter.

Optimists have suggested that the situation could encourage a new round of reunification efforts in Cyprus, as the Turks realize that the safest way to get a share of the wealth lies in negotiation, not confrontation.

That would depend on a huge change of both heart and strategy on the part of both the Turkish and Turkish Cypriot leaderships, at a time of escalating tensions and national pride.

In the meantime, exploratory drilling in less controversial parts of the Eastern Mediterranean is revealing the area’s potential for further discoveries and the political tensions that are likely to accompany them.

In late February 2019, ExxonMobil announced that it has made the world’s third-biggest gas discovery in two years at the Glaucus-1 well between the Calypso block and the Zohr field.

With global gas demand set to increase by over 50% over the next two decades and no obvious resolutions to the long-standing rivalries in the region, the Eastern Mediterranean gas stand-off looks set to get uglier long before any of the main players’ populations see any benefit from their countries’ new-found resources.