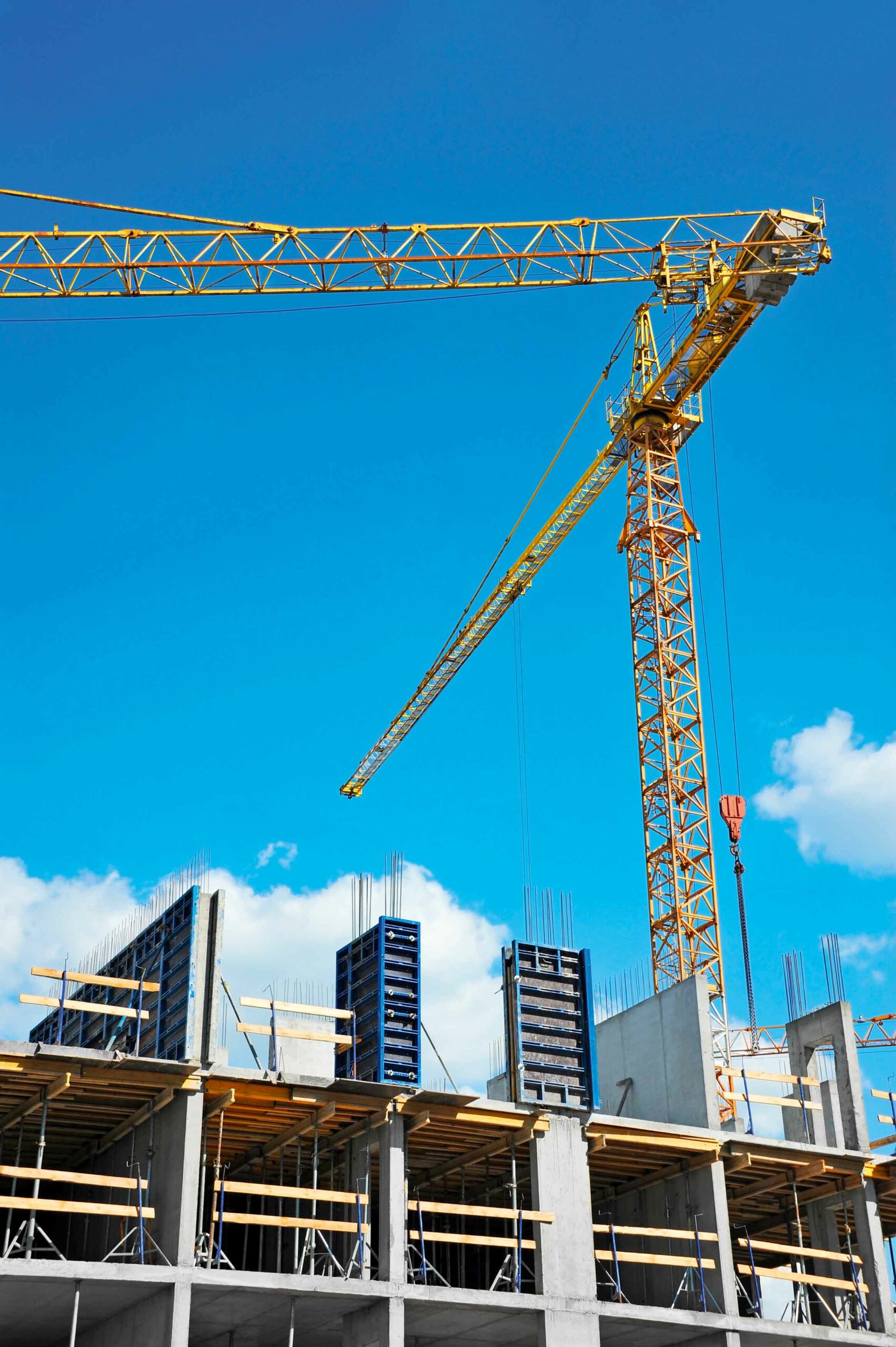 Share on:
The real estate sector continues to grow despite the evident challenges, with infrastructure initiatives driving growth in the construction industry.

Despite an ongoing economic stagnation exacerbated by the impact of the Syrian crisis, Lebanon’s real estate sector grew by 5% in 2016, as real estate transactions reached a value of USD8.4 billion after reaching a five-year low in 2015. This can be explained by the fact that, beyond being a necessity, in Lebanon real estate is in fact considered the safest investment in times of crisis. Contributing to 16% of the country’s national income, the sector remains an essential dynamic of Lebanon’s overall economy.

In terms of value, the highest increase was seen in South Lebanon as the value of sold properties reached USD590 million in 2016, showing a 21.1% YoY growth. Beirut came in second as the local value of real estate grew by 19.6% to USD222 billion in 2016. According to the report, in the first quarter of 2017 the total value of real estate transactions increased by 14.3% to USD2.34 billion. The highest growth was seen in North Lebanon (40.6%), which was followed by Nabatieh (38.4%) and Kesserwan (22%).

Beirut’s share of total real estate transactions increased from 6.17% in 2015 to 6.66% in 2016, moving to 7.31% in the first quarter of 2017 over a yearly basis, reflecting a rise in Beirut’s popularity. This trend also reflects the shifting of demand for real estate from large-sized luxurious apartments to the medium- and small sized-ones needed by middle-income consumers, especially in times of low foreign investment and demand associated with the diaspora. This can be witnessed in the share of foreign real estate owners in the total volume of real estate transactions, which declined from 2.2% in 2015 to 1.75% in 2016.

This important demand driver, defined as “affordable luxury,” was the main message of the DREAM exhibition that took place in July 2016. The event, one of Lebanon’s biggest property exhibitions, was marked by a strong sense of optimism as major real estate developers showed a strong awareness for the needs of the market. Trek Dalloul, Managing Partner at Cityscape Development, revealed their strategy to target the demand of the middle-income segment by focusing on affordable luxury, a product group that is not particularly affected by the political or economic situation. He also confirmed the slowdown in the demand for big apartments, while acknowledging the ever-present demand for small apartments.

Construction permits, the main indicators of future market expectations, were reported to have remained stagnant in 2016, at 12.3 million sqm. At a regional level, construction permits saw the highest rise in Bekaa at 20%, while they decreased in Beirut by 23% in 2016, reflecting a decline in permits related to the construction of government buildings. In 1Q2017, construction permits displayed an overall decrease across most regions except in Beirut and North Lebanon, where they increased by 65% and 11%, respectively. Over the 2011-2016 period, 82% of permits were for residential building permits.

In line with the general slowdown in the economy and the collapse in tourism activities due to the Syrian war, construction permits associated with residential, commercial, and tourism services buildings also fell in 2016.
The potential of Beirut, especially in terms of tourism-related construction, is an essential dynamic of the country’s real estate-related economy. Maher Beydoun, the Vice Chairman of Solidere, a company that was established in 1994 for the development and reconstruction of Beirut’s central district, told TBY, “We hope Arab tourists will return to Lebanon, because they are a major driving force of the Lebanese economy. Unfortunately, in the last few years they have not been coming. Now, however, we hope this summer will be a great one. We also hope to see the Lebanese diaspora return for extended visits. This is important for the tourism sector in Lebanon, which is a key sector; around 23% of our GDP is from the tourism industry. And lately tourism has been down, which is why the economy has been suffering. Tourism makes things move as tourists spend money when they come here.”

The company, which is focused in development projects in Beirut, disclosed its current projects to TBY. Solidere is currently completing a department store that was designed by the famous architect Zaha Hadid, a project that should be completed in 2018. The company has also started the “Eastern Marina” project, which will be adjacent to the Port of Beirut and will have capacity for about 200 boats. It will also have shops and restaurants around it. Solidere is also about to complete the infrastructure of the new Beirut Waterfront Area. The company signed 11 new sales contracts worth USD218 million in 2016, proving market sentiment is strong in Beirut.

According to Bankmed, loans granted to the construction sector grew by 13% YoY in the first half of 2016, which is reported to be equivalent to the full-year 2015 growth rate. In the first half of 2016, lending to construction reached USD11.211 billion, reaching a five-year record. The financing reflects the demand of end-users for small-to-medium sized apartments that match their budget restrictions. Total housing loans grew by 11% to USD11.472 billion at the end of June 2016, representing the highest amount since 2011. The surge in housing loans is mainly attributed to the role of Banque du Liban’s (BDL) subsidized housing loans schemes and its support to commercial banks through low interest rates. Moreover Banque De L’Habitat has decreased the lending interest rate applied on housing loan contracts signed as of January 1, 2017 from 5 to 3% per year for both Lebanese residents and non-residents. These measures will have a positive impact on the volume of housing transactions over the next few years.

THE ROLE OF INFRASTRUCTURE

According to the Lebanese International Business Council (LIBC), construction remains one of the most attractive and promising sectors in Lebanon, as the country is launching multi-billion dollar infrastructure projects that are backed by international financing institutions such as the Islamic Development Bank. The Council for Development and Reconstruction (CDR) is reported to be supervising USD3.4 billion worth of public works that will start or continue in 2017 and 2018. The LIBC specifies that works will be on the construction of Bisri Dam and potable water networks in Zahleh, Akkar, and Jabal Amel. The water station at Dbayeh will also be expanded. CDR will see the construction of a treatment plant and waste water networks in Kesrouan, Al Ghadir, Sarafand, and Jeita. LIBC says that the second-most funded sector is infrastructure, with USD780 million worth of projects under implementation. Among the major projects under preparation are the East Tripoli Highway, parts of the Arab Highway (between Jamhour and Baaleshmay), the Metn Expressway (Ain Alak-Bteghrine), the outer Beirut ring road (Hadath-Dekouane), and smaller roads such as Syr road, Cedars, and Jounieh-Harissa. Furthermore, USD392 million in funds will be used in the productive sectors including works on the Canal 800 in Litani. LIBC states major infrastructure projects to be constructed include the Tripoli economic zone reclamation, the Bisri Dam, three electrical substations in Tripoli, a drinking water improvement project in Zahleh, Kesrouan road restoration, the construction of Jal el Dib bridges, and offshore oil and gas infrastructure.

The construction and real estate sector of Lebanon, like the economy in general, is dependent on peace and stability to thrive. But despite the dim local economic conditions, the sector has proven to be resilient and new international incomers such as RE/MAX are proof that the Lebanese market is seen as part of an international world of buyers and sellers.

The sector is in fact expected to surge once stability is achieved, both domestically as well as regionally. Sabah Nalm, Chairman & CEO of Trust Lebanon Agency, told TBY that, “With a little bit of peace in the country and the surrounding area, Lebanon will be the Hong Kong of the Middle East. What makes Lebanon so rich is the multiple parties and religions living in harmony. This is what is most important. All we need in Lebanon is a little bit of peace, and the real estate is in good hands. The architects that operate in Lebanon are much better than in any country that you can imagine. We have the top, leading architects here.” When asked about their priorities for 2017, he reiterated, “First of all we need to have security in Lebanon. Without this peace and security, clients who want to invest a large amount in real estate have the choice to go anywhere in the Middle East or Europe. There are big opportunities in Europe. All we need in Lebanon is peace. Besides that, Lebanon’s geography is unbelievable. There is only 15 minutes between the mountains and the sea.”
A long-awaited local and regional stability, coupled with various credit facilities offered by the Lebanese commercial banks and Banque du L’Habitat under the supervision of BDL will indeed pave the way for a striving sector.