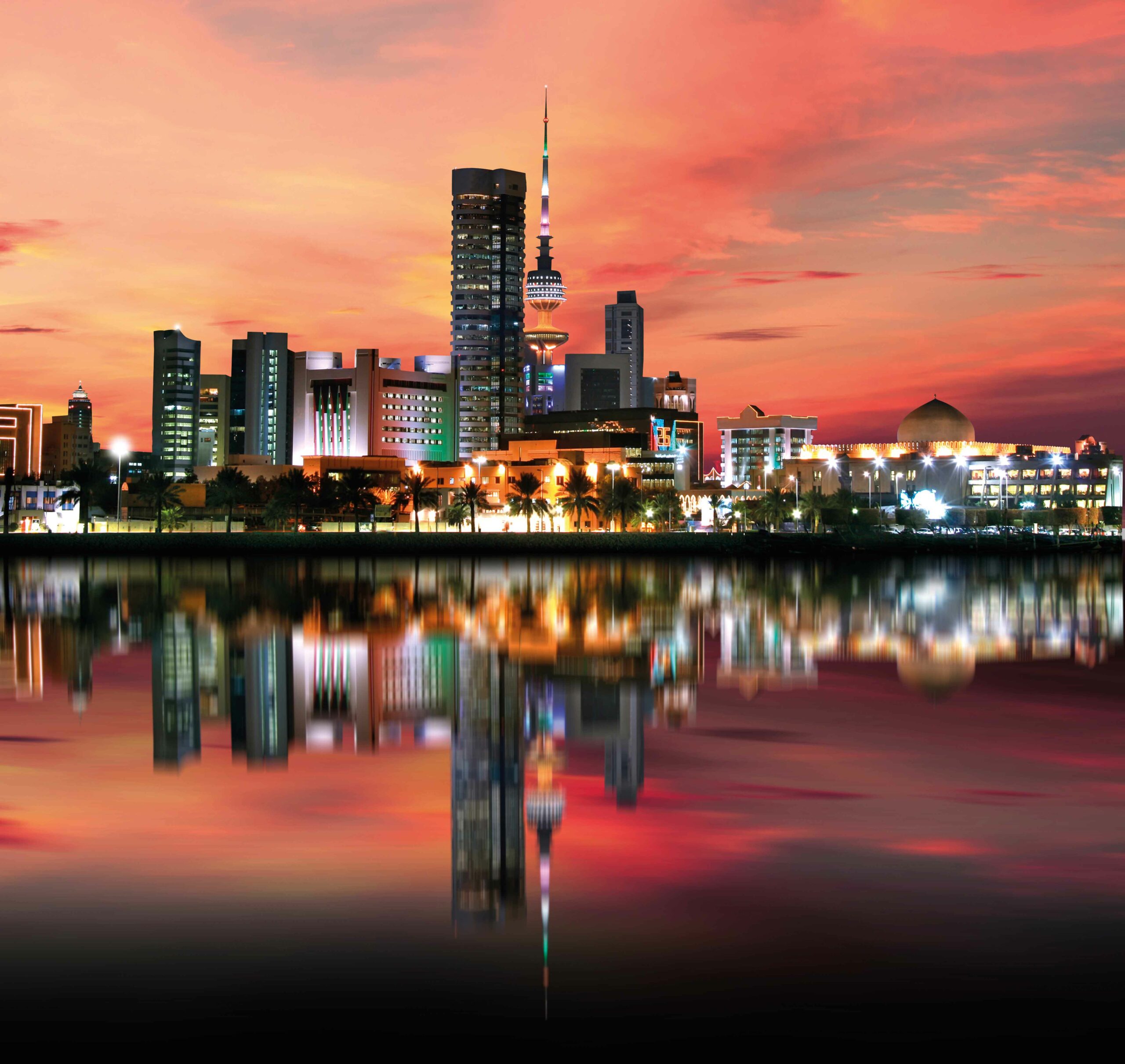 Share on:
While tourism has not historically been a key priority for Kuwaiti leaders, declines in oil revenues have prompted a reconsideration of the traditional approach to the industry. Public officials and […]

While tourism has not historically been a key priority for Kuwaiti leaders, declines in oil revenues have prompted a reconsideration of the traditional approach to the industry. Public officials and private industry are coming to see tourism as a potentially lucrative area of investment and activity, and they are reorienting accordingly. As this reorientation translates more and more into tangible investment and strategic commitment, Kuwait’s rich cultural heritage and commitment to experiential excellence all but assure impressive growth in the industry.

According to the World Travel and Tourism Council (WTTC), Kuwait is attracting record numbers of visitors from across the region and globe, stimulating economic activity and prompting further development in the sector. The tourism sector’s direct contribution to the economy has been increasing in recent years, and in 2015 the sector contributed 2.1% to GDP (roughly KWD781.9 million), and in 2016 that figure grew by an additional 6.7%, directly contributing nearly 2.25% to GDP. The industry is forecast to grow by 5% a year for the next decade, with direct contribution approaching 2.6% of GDP (roughly KWD1.4 billion) by 2026. Total contribution to the Kuwaiti economy already sits at comparable levels, and in 2015 the sector was estimated to have contributed 4.9% (KWD1.769 billion) to GDP, and in 2016 the fiscal contribution increased by 5.6%. Total contribution is also expected to rise steadily over the next 10 years, and forecasts from the WTTC put growth at around 5% a year, bringing total contribution to GDP to 5.9% by 2026.

The sector is also an important source of employment in Kuwait, directly providing nearly 54,500 jobs in 2015 (2% of employment). With strong growth across many sub-sectors, employment is expected to rise by 5.4% in 2016 and continue marching upwards by an estimated 2.4% per year for the next 10 years, reaching 73,000 direct jobs, or 2.3% of total employment, by 2026, according to the WTTC. The sector’s total contribution to employment is substantially larger, and the industry employed nearly 4.5%, nearly 121,000 jobs, of the country’s total employment in 2015. These figures are expected to reach 126,500 by the end of 2016 and grow an additional 2.8% a year for the next decade, reaching 167,000 jobs.

To stimulate growth and keep it on track to achieving these robust growth forecasts, Kuwait has been investing and encouraging investment in its tourism industry. In 2015, investment totaled KWD124.6 million, accounting for nearly 1.5% of the country’s total investment for that year. Investment is expected to grow by an impressive 10.8% in 2016, and increase by a steady 3.7% a year for the next 10 years.

A core component of the plan to stimulate growth is the project aimed at developing the islands of Boubyan, Failaka, Warba, Miskan, and Awha. The vision is to see these islands transformed into economic and tourist hubs for the country and the region, according to the Kuwait Times. Thus far, the plans being discussed by the government call for turning three of the islands into free zones, thereby bringing international business operations to the area. Additionally, once complete, the islands are expected to bring nearly 5 million tourists to the country a year and generate nearly 40,000 tourism-related jobs, according to the government. With more than 10.2 million travelers passing through Kuwait International Airport in 2015, the country has the tourist volume necessary to make the island developments very compelling.

Kuwait is also trying to establish itself as a center for medical tourism in the region, and efforts are being made to attract investment and development. Private firms and service providers are expected to begin offering expanded services across Kuwait, a move that is expected to not only reduced the outflow of medical tourists but spur sizable growth in the number of inbound patients. Ambitious plans to overhaul the Kuwaiti healthcare system, including hospital and health center construction, have the potential to draw even more medical tourists, according to the Medical Tourism Index. The Kuwait Medical Tourism Exhibition is a key venue focused on catalyzing investment in the sub-sector, and the annual event draws investors and companies from across the region.

The government is trying to boost the level of international travelers coming to Kuwait. To this end, a MoA was recently signed between Kuwait and the Sultanate of Brunei, which, among other things, aims to stimulate international travel and tourism between the two countries. Private initiatives and public plans are vital means of generating new channels of activity within the tourism sector, and the Kuwaiti government is looking to participate in this process in new and creative ways.

In an effort to draw more tourists, Kuwait is trying to leverage its rich cultural and artistic heritage. With one of the most long-lived and unique aesthetic traditions in the region, Kuwait’s cultural heritage is a rich source of interest for travelers within the country and across the region. One of the groups spearheading this effort is the National Council for Culture, Arts and Literature (NCCAL), and it hopes to not only enrich and expand the country’s artistic output, but to draw an international and regional audience to the country so it can be appreciated on a grander scale. To draw visitors, the council organizes a vast array of activities and festivals, of which the Qurain Festival, the annual BookFair, the Children’s Cultural Festival, and the international music festival are the most well known and popular. Another key tourist draw that focuses on the cultural and artistic traditions of Kuwait is the Sheikh Jaber Al Ahmad Cultural Centre and the surrounding cultural district. The complex is set to include world-class theaters, concert halls, cinemas and opera house, and a library archive. The complex is expected to draw artists and visitors from across MENA and the world, and Kuwaiti stakeholders are excited by the possibilities the new space holds. By creating a state-of-the-art institution dedicated to the development of the arts, Kuwait has signaled its intent to both draw tourists from every corner of globe and create a unique space within the region for the expression of creativity and imagination.

A number of new projects have come online in recent months, and, despite some economic uncertainties, private firms are investing even more in the tourism space. The Crowne Plaza, a 211-room luxury hotel completed by the InterContinental Hotels Group, is one such project, and developers in the industry are confident that investment in Kuwait will pay sizable dividends in the future. Demand for luxury accommodations is already outstripping supply, and hotel operators see this area as a potentially lucrative one. In an exclusive interview with TBY, Antoine Flouty, Area General Manager of InterContinental Hotels Group, explained how luxury-oriented business and leisure could be developed simultaneously and synergistically. “In terms of hotels, demand can be very high, so the supply in terms of rooms for four- and five-star hotels cannot handle the load of tourists coming from Saudi Arabia,“ said Flouty. “Therefore more projects will provide sustainability as visitors could spend the weekdays on business and then the weekends on leisure.“

Developers who recognize the needs and potential of the Kuwaiti market are able to develop holistic plans that meet the demands of both the business and leisure-oriented traveler, creating viable, growing businesses for the tourism industry. Government spending plans aimed at public works projects and infrastructure are also likely to spur even more activity in business and leisure related travel. Other luxury projects set to open in the near future are the Mercure Kuwait, planned to open in 2017, the Hilton Olympia Kuwait, set for 2019, and the Grand Hyatt, set for 2020, according to Forbes Middle East. Nor, however, are the developments strictly luxury oriented. Middle-tier firms that offer more affordable accommodations are also in the works, and developers believe these facilities will attract more budget-conscious travelers who might otherwise be dissuaded from traveling by the high sticker price of some of the more opulent hotels. The lack of a robust tourist infrastructure has traditionally hampered the Kuwaiti tourism industry, but these projects represent something of a new dawn in the sector, and stakeholders across the country are excited by the prospect of more visitors.

As Kuwait continues to look for ways to diversify its economy away from oil, tourism will become a larger and larger piece of the puzzle. Kuwait’s multiform approach to stimulating growth in the tourism industry has already paid some dividends, but the true gains will come in the mid term as large-scale tourism infrastructure projects redefine the contours of the country’s economy. With strong commitment in both the public and private spheres, observers expect robust growth in the coming years.