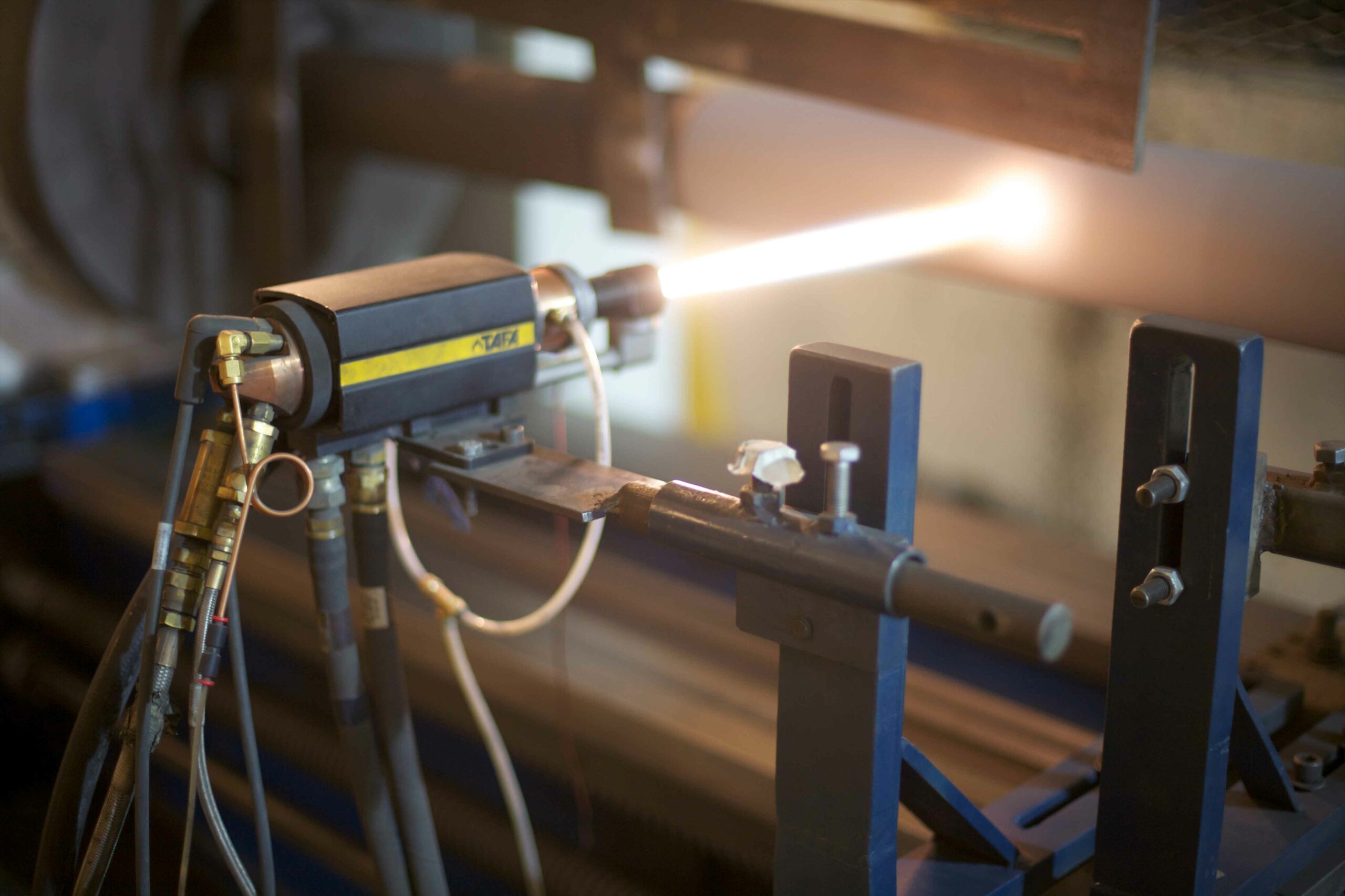 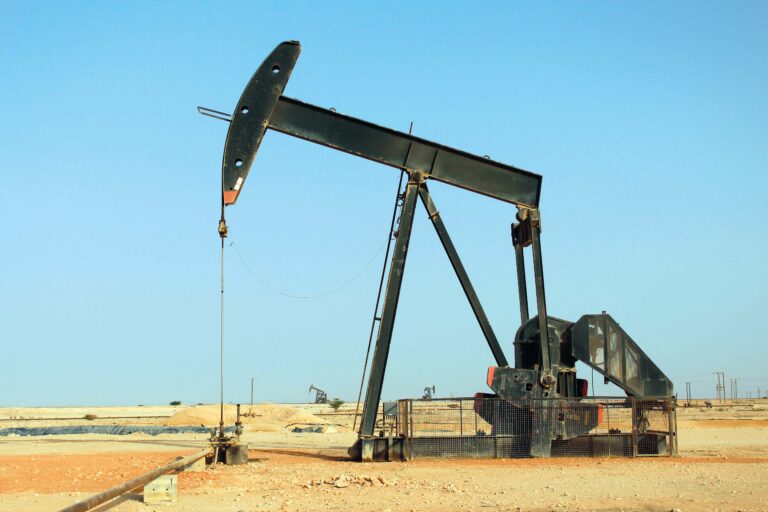 The pressure to increase operational efficiency in Oman's energy sector is leading firms to invest in innovation as a means of strengthening their position in the market.

Energy performance in Oman was strong in 2015, with the Ministry of Oil and Gas reporting increased production in both oil and gas while continuing to launch successful exploration projects. Ministry figures showed an average production of 943,000 bpd while simultaneously adding 393 million barrels of oil reserves. With targets to produce a national average of 950,000 bpd while also maintaining a reserve replacement ratio above 1.0, there are many questions of how Oman will achieve these aspirations given the current challenges facing the energy sector.

Headlines across the oil-producing world focus on the effects that declining oil prices have on those countries that rely on its production as a main pillar of their economy. Oman, which generates roughly half of its GDP from the energy sector, is a prime example of how the market forces of declining revenues from traditional hydrocarbons are functioning as a catalyst for innovation and the restructuring of an entire industry.

In Oman’s energy sector, diversification is not merely a marketing tool; it represents a necessary commitment to transforming core aspects of the industry in order to continue providing energy to the country in the long run. Diversification within the energy sector of Oman not only entails a re-examining of companies’ core competencies to better position themselves to meet the changing demands of the future energy market, it also represents an opportunity to trigger an evolution of economic and social structures across the country.

A strong example of the effect that declining oil prices are having on firms throughout the supply chain of Oman’s energy sector is CPI, an industry staple as a supplier of pipes and other distribution materials. As a model of how the erosion of traditional business models due to declines in traditional demand can catalyze innovation, CPI overcame the challenges of reduced construction projects and expanded its revenue streams by identifying its core competency as its expertise, not just its products. The company now offers specialized installation services, even for companies using its competitors’ products.

Changes in the energy sector have the potential to not only improve the quantity and reliability of supply across much of Oman’s rural geography, but by doing so, to serve as the infrastructural backbone of emerging industries that can support Oman’s growth in the future.

One area that is greatly dependent on access to high-quality energy supply is the industrial construction sector. Megaprojects like the Duqm port city are prime examples of the exponential benefits that improvements in the capacity of the energy sector can have on other areas of the economy. In the future, the role that these other areas of the economy will play in contributing to Oman’s GDP is sure to increase, making diversification now all the more vital for the future of the Sultanate.

Tourism is another sector that stands to benefit from diversification of the energy sector. Al-Maha Petroleum now operates around 190 fueling stations across the Sultanate. Current efforts to re-brand its gas stations, aided in part by a strategic partnership with Chevron, are making interior travel throughout the country easier than it has been in the past. Due to changes in its productivity, Al-Maha now operates its own delivery fleet, making it possible for energy to better reach Oman’s rural areas and enabling development to course through the interior regions of the country. The company also caters to the airline industry of Oman, where the successful implementation of new models of energy production and distribution are making it possible to feed the growing demand for jet fuel with strategic partner Oman Air. The improved capacity to meet the demands of a world-class tourism economy is just one more example of how transformations among energy providers today are laying the foundations for a more diversified and sustainable economy for Oman in the long run.

Recent decisions by OPEC to maintain current levels of output have exposed the global energy market to increased volatility that has put pressure on some high-cost producers to reduce their operating costs or risk shutting down. Companies in Oman’s energy sector have felt this same pressure and are responding with a strong focus on reducing waste from operations, optimizing current resources, pursuing high yield investments, improving managerial processes, and lau

nching firm-specific initiatives to make reduced waste a priority among all levels of employees.

The opportunity to increase the efficiency of Oman’s energy market is not limited to companies’ internal operations. Recent developments have led industry insiders to speculate that the initial opening of Oman’s spot market could take place as early as 2018. A functional spot market would allow electricity producers to sell available capacity to the state’s procurement company outside of the normal necessary framework of a long-term power purchase agreement.

The pressure on companies in Oman’s energy sector to increase operating efficiency has not only meant finding ways to cut costs, but focusing efforts on research and innovation. The emphasis on managerial efficiency in the form of more selective project investments, cost savings, and contract restructuring is a short-term response to the drop in revenues resulting from declining oil prices. With an increased incentive to identify areas for potential improvements, firms in the energy sector are using innovation as a vehicle for transforming their operations to become more in line with the future of the industry.

Oman’s hydrocarbon industry is largely characterized by the enhanced oil recovery (EOR) of its difficult-to-extract heavy oil deposits. The impetus on improving operational efficiency has led Petroleum Development Oman (PDO) to form a strategic alliance with niche US firm GlassPoint Solar. GlassPoint’s proprietary solar-powered steam generators replace the traditional use of valuable LNG to perform EOR, enabling PDO to deliver this newly available LNG to end consumers or sell as an export.

One of the main deterrents in shifting toward a renewable-based energy economy is the high upfront costs, which pose limitations on SMEs which might otherwise lead the charge. In response to declining revenues from current operations, large industry players are seeking collaborations with local SMEs as a way to diversify toward a sustainable model of renewable energy. Shell is a shareholder in GlassPoint Solar and is poised to expand upon its EOR success using solar with PDO to larger projects throughout the Sultanate.

While wind energy remains confined to select regions of the country due to the natural environment, solar power looks like a key that could unlock the potential of Oman’s future energy sector. Renewable energy will undoubtedly play a growing role in meeting the country’s energy demands, the question remains as to what extent and how smooth the transition will be. Heads of Oman’s energy sector point to the role that government can play in helping this transition, hoping that the Sultanate can establish a supply quota between 10 and 20%.

Sustainability means more to the energy sector than identifying reliable long-term revenue streams; it represents establishing a secure environment in which to operate. Foreign operators are clear that their investments are in Oman, not just its energy market. That means that large firms in the energy sector have a vested interest in contributing to the future of the country’s development. The main objective in this regard has been the trend of Omanization, a measure by which many large operators note their commitment to contributing to a sustainable society for all the people of Oman. Many large companies in the energy sector are also viewing corporate social responsibility in more pragmatic terms of sharing knowledge and industry expertise to educate young Omanis and assist the growing role of SMEs in shaping the country’s future. Many operators have set up training centers or specific work programs and have assisted thousands of graduates in acquiring the necessary skills to occupy a larger role in key positions of the energy sector. Many companies hold workshops to help local entrepreneurs develop their business models and some even develop partnerships with local SMEs as a result of these initiatives. Social investments from the energy sector, in additional to financial resources, are fueling the development of Oman’s future.

The underlying theme of Oman’s changing energy sector in response to the challenges of declines in oil prices and petroleum reserves has been one of resilience. Although many stakeholders on different sides of the industry may be experiencing growing pains, all signs point toward a new emerging model that will sustain the Sultanate’s energy needs and support the growth of Oman’s future economy.