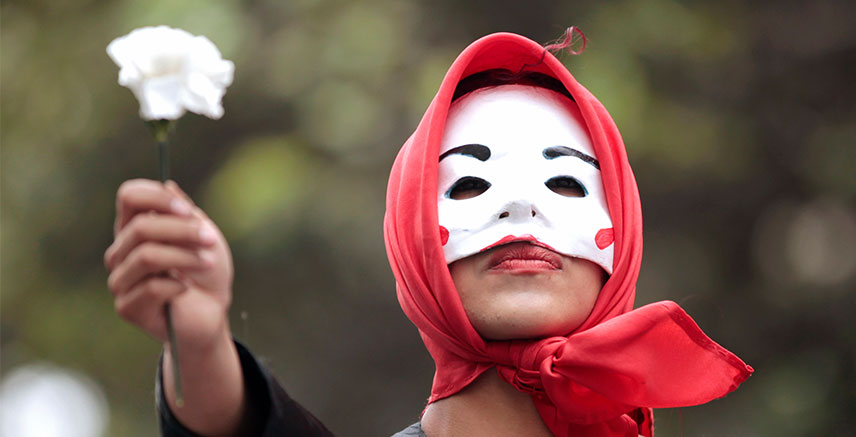 Share on:
The shadow of the conflict often obscures other news about the country, as these five surprising facts about its economy make clear.

The Netherlands, a country of tulips, is the largest exporter of flowers in the world, accounting for 52% of global market share.

But not far behind is Colombia in second place, with a full 15% of the global market according to Rabobank International.

Flowers are Colombia’s fourth export after oil, coal, and coffee. Overall, Colombian exported flower sales generated revenue of about USD1 billion. Around 65% of production goes to the US.

Colombia’s military spending represented 3.3% of its GDP in 2015.

This was the largest amount spent compared with other Latin American nations, almost doubling that of Chile, whose military bills represented just 1.9% of the economy.

The long-standing war with guerrilla groups, paramilitary organizations, and drug cartels are the primary factor which has kept military spending high in the state budget.

If the peace agreement with the FARC signed the last year lasts, it is expected that spending will consequently decline over time.

In the meantime the government has to ensure the implementation of the peace agreement, continue financing mine clearance, and fight against remaining guerrilla groups. The largest guerrilla group after the FARC, the ELN, recently also began peace talks with the government.

Venezuela is the Latin American country most dependent on oil. Fuel accounts for more than 90% of all its overseas shipments.

But Colombia, again, follows close behind with fuel exports representing 54% of all its foreign sales in 2015.

This is evidence of a lack of diversification in the country’s export basket.

According to the World Bank, Peru comes third in this list, but hydrocarbons represent just 8.7% of GDP in that case, placing it far behind Venezuela and Colombia.

In order to avoid the feared “Dutch Disease,” the Colombian government is carrying out a massive infrastructure plan to reduce its dependency on natural resources, a major problem for national finances in volatile times.

Colombia supplies more than half of the global emerald market

Colombia produces more than half of the world’s emeralds, according to Fedesmeraldas, the national association of gemstone extractors.

Colombia is home to 55% of all the emeralds extracted worldwide, a big difference compared with Brazil and Zambia which account for 15% and 12% respectively.

Of the Andean nation’s many mines, that of Muzo stands out. Widely known as the emerald capital of the world, the gems unearthed here are praised for their high quality.

Out of South America’s regional economic powerhouses, countries such as Brazil, Chile, Argentina, and Peru, Colombia has the fourth largest economy.

However, out of all of these economies, Colombia receives the fewest tourist arrivals by some margin.

While each of those four countries welcomed between 3.5 million to 6.3 million tourists in 2015, Colombia barely registered 2.9 million foreign visitors, falling far behind its regional competitors.

Despite having a wide variety of landscapes and astonishing natural sites, ranging from the breathtaking Andes mountains to tropical Caribbean beaches, its tourism potential has been largely untapped due to the presence of the guerrilla movements in more remote areas of the territory.

President Juan Manuel Santos has pointed to tourism as a key industry with the potential to positively affect the post-conflict state. As a sector which typically generates a high volume of jobs, it is seen as a possible economic engine for rural Colombia.