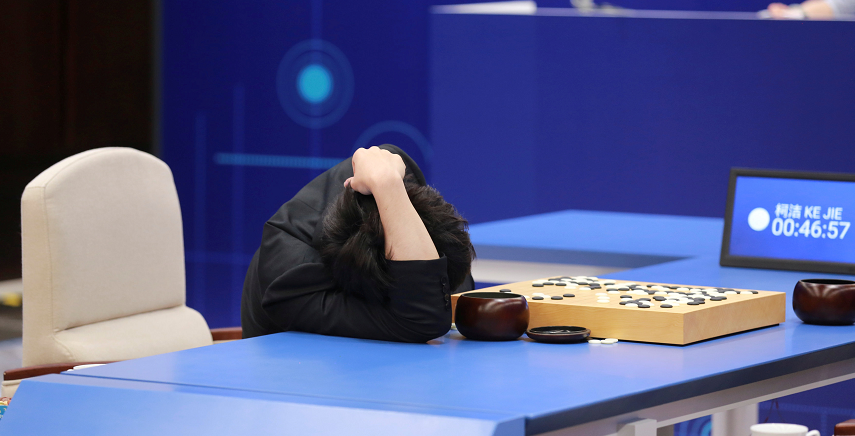 Share on:
Artificial intelligence has made great strides in recent years, permeating nearly every economic sector in one way or another. Here are some of the most innovative applications of the technology in 2018.

In November, Huiyihuiying, a Chinese medical imaging artificial intelligence company, premiered its new AI Full Cycle Health Management Cloud Platform. The system is composed of two different platforms, one named Breast Cancer AI Full Cycle Health Management Platform, dedicated to the full spectrum of breast cancer diagnosis and treatment, and the second one named AORTIST 2.0 Aorta AI Cloud Platform, focused on choosing cardiac stents and the prognosis of follow-up treatment. The company described the platform at the Chinese Congress of Radiology 2018 as an AI 2.0 technology, improving on previous available technology in the deep integration of AI. This is the most recent application of AI in the healthcare sector, which has already seen the introduction of robotic assistants with learning capabilities as well as automated image scanning for diagnosis.

Law enforcement is another sector in which artificial intelligence is already disrupting traditional systems. Today, in Spain, police officers are using an AI-powered system to identify false theft claims. Veripol works like a self-learning truth machine, using automatic text analysis to determine falsehoods within both witness and perpetrator statements. According to the team behind the technology, developed as a partnership between Cardiff University and Charles III University of Madrid, Veripol has an 80% accuracy rate for identifying which statements are true and which are false. The system is relevant for law enforcement, as filing false statements is considered a crime in most jurisdictions, but is also of paramount importance for insurance companies that are regularly faced with spurious insurance claims.

Many subcategories of AI have influenced the development of self-driving cars in recent years, and Lexus has made use of these opportunities as well. However, the company is also using these technological developments in a less obvious way, namely advertising. In this case, the script of the company’s latest TV ad was fully written by Watson AI, a system developed by IBM. Within the company’s new slogan, “Driven by Intuition,“ the one minute-long ad tells the tale of the hard work the company’s professionals put into bringing the new Lexus ES into the market. The car then proceeds to be driven to the point of destruction, before being saved at the last minute by its new automatic emergency braking system, an example of its intuitive technology.

Remember the 2004 movie “I, Robot,“ directed by Alex Proyas and featuring Will Smith as robot-sceptic detective called Spooner and a robot called Sonny? At a point in the movie, Spooner turns to Sonny and says “you are just a machine. An imitation of life. […] Can a robot turn a… canvas into a beautiful masterpiece?“ Well, it turns out the answer is a resounding yes, at least according to the anonymous buyer of Portrait of Edmond Belamy, a painting designed by an artificial intelligence system that was sold at auction house Christie’s for an astounding USD432,500 in October 2018. The system behind the painter was designed in a two part algorithm by Paris-based AI art collective Obvious. The painting itself features a blurry and ill defined large man staring toward the audience. At the bottom, the AI signed the piece by printing its base algorithm. While it is unlikely that all AI-powered art pieces will be valued this highly, it seems possible that we are entering an era when machines can both replace human industrial toil as well as compete in creative pursuits.

In recent years, Facebook has gone from a tech world super-phenomenon to being perceived as a social network monolith with very questionable corporate practices. Yet, the undisputed leader of online networking has also proved to be fertile ground for testing innovative technologies. In this case Facebook has implemented an AI-powered system to read through user’s posts and those of their friends to try and identify people that give indications of suicidal tendencies. The system has been operational only in the US, and has, so far, identified 3,500 occurrences of people at risk of self-harm. Once situations are flagged, Facebook contacts local emergency responders to check on the person at risk. According to the company’s officials, Facebook contacts emergency responders around ten times per day to respond to this sort of issue, arguably providing an important service to the respective communities.

AI will no doubt continue to have an impact on our lives. For now, we should take note of these advances, which could be the first steps toward a radical transformation of our relationship with technology.