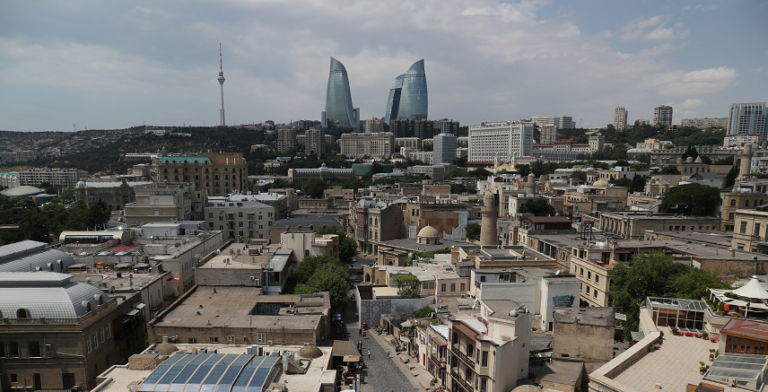 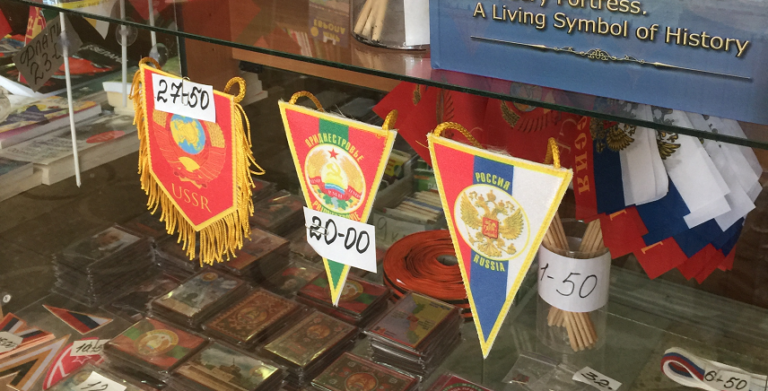 Transnistrian souvenirs in the city of Tiraspol. Aidan McMahon

Former-Soviet travel destinations are on the up. The Commonwealth of Independent States (CIS) came into existence in the wake of the Soviet Union’s dissolution in 1991, and its members include most of the former Soviet republics.

The former USSR was notoriously protective of its borders, and was largely uninterested in attracting foreign tourists, or letting its own citizens travel abroad for that matter.

Times have changed, however, and the modern republics forming the CIS bloc have quite a different attitude, seeing tourism as a legitimate industry with great potential.

Here we will have a look at three CIS nations and their respective tourism industries.

This vast Central Asian country is well-endowed with natural splendor in the form of silver lakes, mountains, and steppes where herds of wild horses run freely.

Those who have visited the country often say that there is no shortage of unspoiled places in Kazakhstan that have not changed at all since prehistoric times.

However, tourism remains relatively underdeveloped in the republic if statistics are anything to go by.

The number of international arrivals has been hovering around 6.5 million for some years now, which is not impressive for the world’s ninth largest country, though it is quite an improvement from 1.5 million international tourists in 2000.

Accounting for under 0.5% of GDP, tourism is still not a major contributor to the Kazakhstani economy. However, the government’s “Tourism Industry Development Plan 2020″ has set out to raise the figure to 3% by 2020.

As a step in the right direction, Kazakhstan has slightly relaxed its visa policy. There was a time that visa free entry was generally limited to the citizens of fellow CIS nations, but since 2014 more countries were gradually added to the list of visa exemptions.

By 2017, visa exemptions were granted to the citizens of 47 countries including all EU members, the UK, and all North American and several Latin American countries, among others.

Azerbaijan has been advertising its tourism sector more aggressively than other CIS members, trying different promotional strategies from sponsoring deals with Atlético Madrid to launching the Azerbaijan Grand Prix, and hosting the finals of the UEFA Europa League.

And, it seems that these efforts have not been in vain. Azerbaijan has been one of the world’s rising tourism destinations since 2010, according to the World Travel and Tourism Council.

In 2018, Azerbaijani cities and resorts from the coast of the Caspian Sea to Caucasus mountains welcomed over 2.8 million visitors which marked a 5% increase on the previous year.

Russians, Georgians, Iranians, and Turks make up the bulk of arrivals, though the citizens of Gulf nations have also been developing a fondness for what Azerbaijan has to offer in recent years.

The country has introduced pro-tourism incentives such as VAT-free shopping for travelers, but visa exemptions remain largely limited to fellow CIS nations. Nevertheless, easily obtainable e-visas are available for many nationalities.

The tourism sector in Moldova capitalizes on the country’s natural attractions, its cuisine, and—above all—its unique wine industry and vineyards.

What is more, the country’s fine wine and other luxuries are very affordable by European standards.

In terms of architecture and urban environment, Moldova has not changed much since Soviet times, which might be intriguing for visitors interested in history, though local lifestyle has changed greatly.

Such visitors may particularly enjoy Transnistria, which is laden with Soviet-style buildings and iconography—to the extent that visiting the region may feel like traveling in time back to the Soviet period.

Though Moldova has visitor-friendly visa polices, the number of arrivals—at under 3 million per year—is not ideal given Moldova’s attractions, and the nation’s tourism slogan, “Discover Us,” may need more time to take effect.