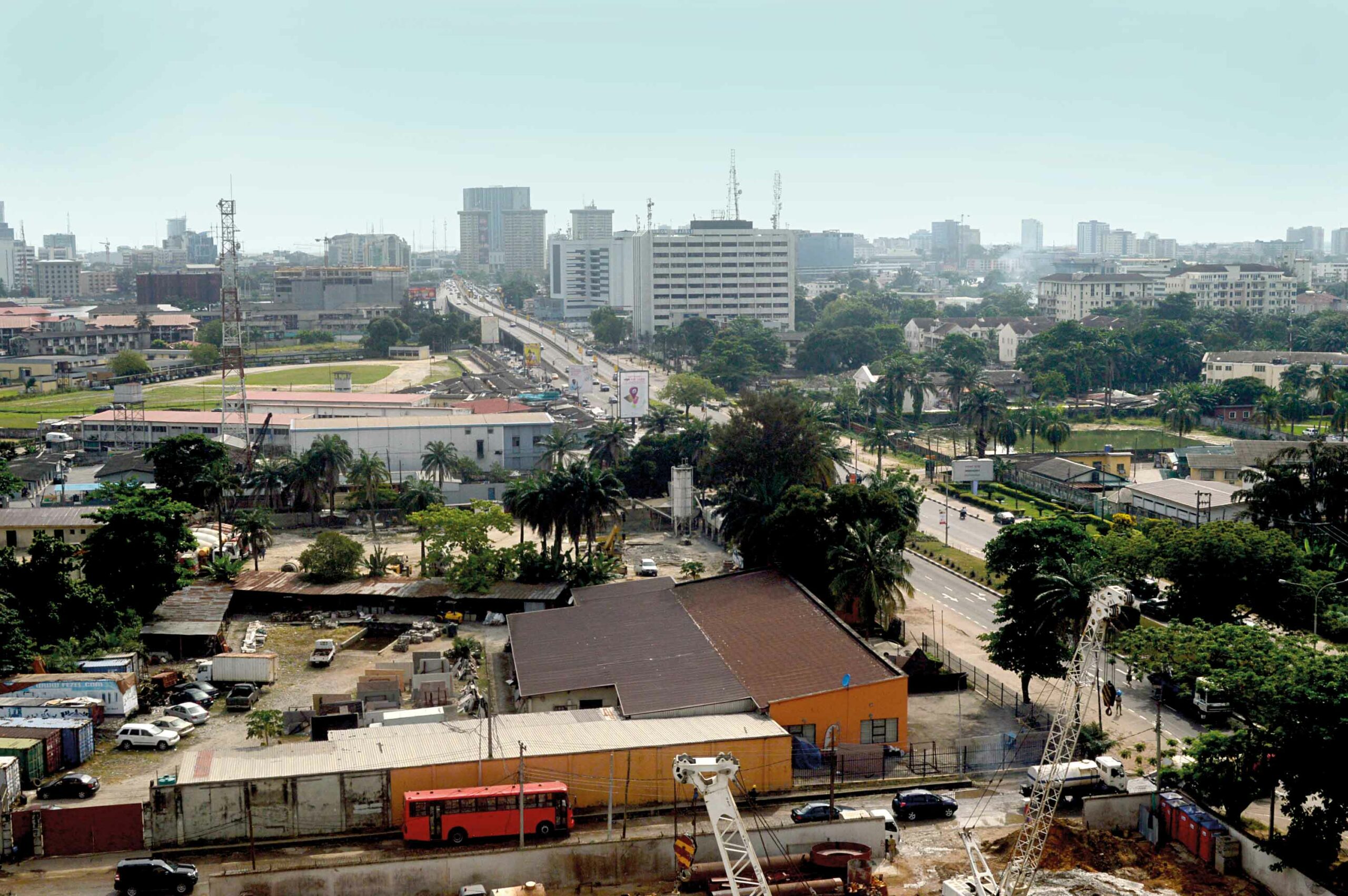 Tomorrow Is Another Day

Share on:
Nigeria, currently in the throes of recession, is budgeting for a reversal of fate in 2017, with international observers positive for growth.

Nigeria’s economy has been battered by an agglomeration of negative factors. These have included a seven-month period of political uncertainty in 2015, when the nation lacked a cabinet and most importantly, a confidence-boosting economic team, to the ongoing burden of oil dependency and the consequent dearth of forex revenues. Foreign reserves were depleted to USD30 billion in 2015 from more than USD65 billion in 2007. Nigeria, an emerging market, remains a middle-income economy and actually has a rather diversified GDP breakdown. On the rise overall are the finance, services, ICT, and entertainment sectors. Nigeria is the world’s 21st largest economy by nominal GDP, and the 20th largest by purchasing power parity (PPP), a useful metric indicative of a nation’s resilience to currency fluctuations, and of whether its currency is over or under valued. Therefore, the pressing issue of the moment is not so much the structure of domestic production, as the poorly diversified nature of government and export revenue (80%+ oil).

In the wake of state capital controls in defense of a now-discontinued yet at the time stubborn local currency (naira) peg of 197-199 per dollar, investor sentiment has soured. Those restrictive controls, scrapped in June 2016, hampered imports, notably of manufacturing inputs, whereby manufacturing growth in 2Q2016 shrank 3.36% following the 7% slump of 1Q2016. Capacity utilization for the quarter, too, troughed at just over 50%, roughly 10pp down on 1Q2015.

In July 2016 IMF forecasts had put Nigeria’s economic contraction at 1.8% for 2016, down from an earlier 2.3% estimate. Yet the Fund subsequently cut its 2017 growth forecast from to 1.1% to 0.6%, anticipating a further 2H2016 decline. Meanwhile, the average citizen has faced double-digit inflation that had reached 16.5% by June, marking a decade-long high. The Fund’s commentary at the time considered Nigeria and South Africa together, as the two nations combined account for over 50% of sub-Saharan Africa’s GDP.

Following OPEC’s production cut in late 2016, oil prices at least reached the USD45/bbl breakeven point for Nigeria’s black-gold sector. In 2Q2016 oil refining saw growth of 49.19%, encouraging as the industry is also plagued by terror in the Niger Delta. Moreover, the Nigeria National Petroleum Corporation (NNPC) stands behind government plans to split the state enterprise into three rationalized components; the Nigeria Petroleum Regulatory Commission (NPRC), the National Petroleum Assets Management Company (NPAMC), and the Nigeria Petroleum Company (NPC), prior to likely privatization, as stated in the new Petroleum Industry Governance Bill (PIGB). The NPRC will be tasked with regulating the petroleum industry, from downstream to midstream and upstream. Nigeria’s capital markets, like the banking system, are hungry for liquidity, and it seems that a number of IPOs may materialize in 2017.

The latest oil development harks back to October 2016 when the government announced a forthcoming revenue-raising deal with energy-hungry India. On December 8, India announced its desire to increase sweet crude imports from Nigeria by 77 million barrels in 2017 for a “bargain” upfront payment of approximately USD3.85 billion. A meeting duly took place between Indian state-run oil refiners and Nigeria’s oil concern, the NNPC. Nigeria’s oil production has recently risen as the force majeure declared on fields in the Niger Delta eased.

…and the Road to Recovery

In late 2016, Minister of Finance Kemi Adeosun revealed a fiscal roadmap to reverse Nigeria’s malaise and spur productivity. One vital area of concern is employment. According to the central bank (NBS), out of Nigeria’s economically active population of 106.69 million (as of June 2016), just 79.9 million were officially employed. And as of end-2Q2016, of the labor force of 79.9 million, 15.4 million, at 19.3%, were underemployed, while 13.3% were unemployed. Most devastatingly, the unemployment/underemployment rate for those aged between 15 and 24 was 58.3%.

Another key aspect of the roadmap was an end to pressure exerted on 41 import items (including industrial input) by the government through fiscal measures that curb demand pressure on forex observed as companies sought alternative FX sources in the parallel market, denting the naira in the process. That policy had been widely read as the government’s lack of commitment to a market forces-based FX system. Meanwhile, other considerations to generate state revenue include the introduction of toll roads, promotion of the Family Homes Fund (PPP) initiative, which funds affordable housing, and the end of an underutilized tax provision granting companies tax relief in exchange for individual contributions to road investment. The latter is to be replaced by a collective tax relief system whereby numerous firms are able to pool resources for a tangible contribution to the road network. It is noted that this proposed scheme could specifically benefit Nigeria’s industrial clusters, some of which lack appropriate road infrastructure at present.

Regarding the financial universe, the Minister honed in on hidden banking-sector liabilities hampering performance. These liabilities, comprising unrecorded debts to contractors, oil marketers, exporters, and DISCOs, among others, have fortunately been unearthed following the sector’s shift from cash accounting to International Public Sector Accounting Standards (IPSAS). They are estimated at NGN2.2 trillion, and stand to be tackled with a 10-year Promissory Note Issuance program conducted with the CBN. This scenario, which the government will not allow a repeat performance of, is particularly damaging to productivity given that, in certain cases, contractors, themselves unpaid for lengthy periods, cannot access their bank accounts once some funds are ultimately released by clients, curbing performance in a vicious circle. Moreover, those receiving promissory notes would in return extend material discounts to the government. The government will need to act swiftly and think laterally, not least to exploit further potential sources of revenue. Recently, studies of Nigeria’s Raw Materials Research and Development Council indicate commercially exploitable resources in each state.

Where SMEs are concerned, the state has been working to maximize their productivity along the value chain. In 2005, the CBN launched microfinance policy that laid out the framework for micro financing. Responding to the government’s call for private-sector initiatives to propel the wider economy, the Small and Medium Enterprise Equity Investment Scheme (SMEEIS) was a voluntary initiative of the Bankers’ Committee that commenced in 2001. Accordingly, all banks in Nigeria were allocated 10% of profit after tax to equity investment, SME advancement, and the fostering of domestic production. Observers note, however, that many SMEs have actually been reluctant to participate, suspecting a loss of control.

The transition to a diversified information economy means ICT, and in December 2016 Minister of Communications, Adebayo Shittu, announced plans to build the nation’s pioneering Information and Communication Technology (ICT) University within 1Q2017, to harness “…the potential of the communications sector for sustainable development.” Recent industry data indicates that Nigeria ranks number one in Africa, and ninth worldwide in terms of internet usage, on 63 million subscribers. It trails China (632 million), the US (269 million), India 198 million), Japan (110 million), Brazil (105 million), Russia (87 million), Indonesia (83 million), and Germany (68 million).

A vital adjunct of ICT is retailing, and sector figures put Nigeria’s annual retail consumption at roughly USD388 billion, with the potential to climb to USD1.4 trillion by 2030. Momentum is spurred by a rising population, 80% of which is urbanized, and possessed of greater disposable income. Brick-and-mortar shopping aside, rising internet penetration means that the digital platform is poised to add weight to retailing given sufficient uptake.

President Buhari had stated prior to the 2017 budget release that it would serve to end recession. The federal government is set to issue fresh oil licenses to generate additional revenue streams for the 2017 budget. The Minister of Budget and National Planning, Udoma Udoma, revealed this when addressing the Senate Joint Committee on Appropriation and Finance to present the revised Medium Term Expenditure Framework (MTEF) and Fiscal Strategy Paper (FSP). It also seems that pressure will be exerted on other state agencies to have a better financial performance, as the government shoots for NGN10 trillion in revenues for the 2017 fiscal year. Roughly NGN5 trillion is earmarked from crude oil sales, with NGN5.06 trillion in non-oil revenues.
Meanwhile, on December 12, rating agency Moody’s gave the thumbs up to government plans for emergence from recession in 2017. Nigeria’s B1 rating, it argues, is merited by solid medium-term growth prospects. Also applauded were, “…significant gains in terms of governance and transparency in the oil sector”. Moody’s also foresees government debt staying far south of 20% of GDP for the foreseeable future, in stark contrast to the median 55% among its B1 rated peer group.

Now, the extent to which the government acts on its good intentions by leveraging a prudent budget will determine how far Nigeria can recover in 2017 from the traumatic dip of the year before.