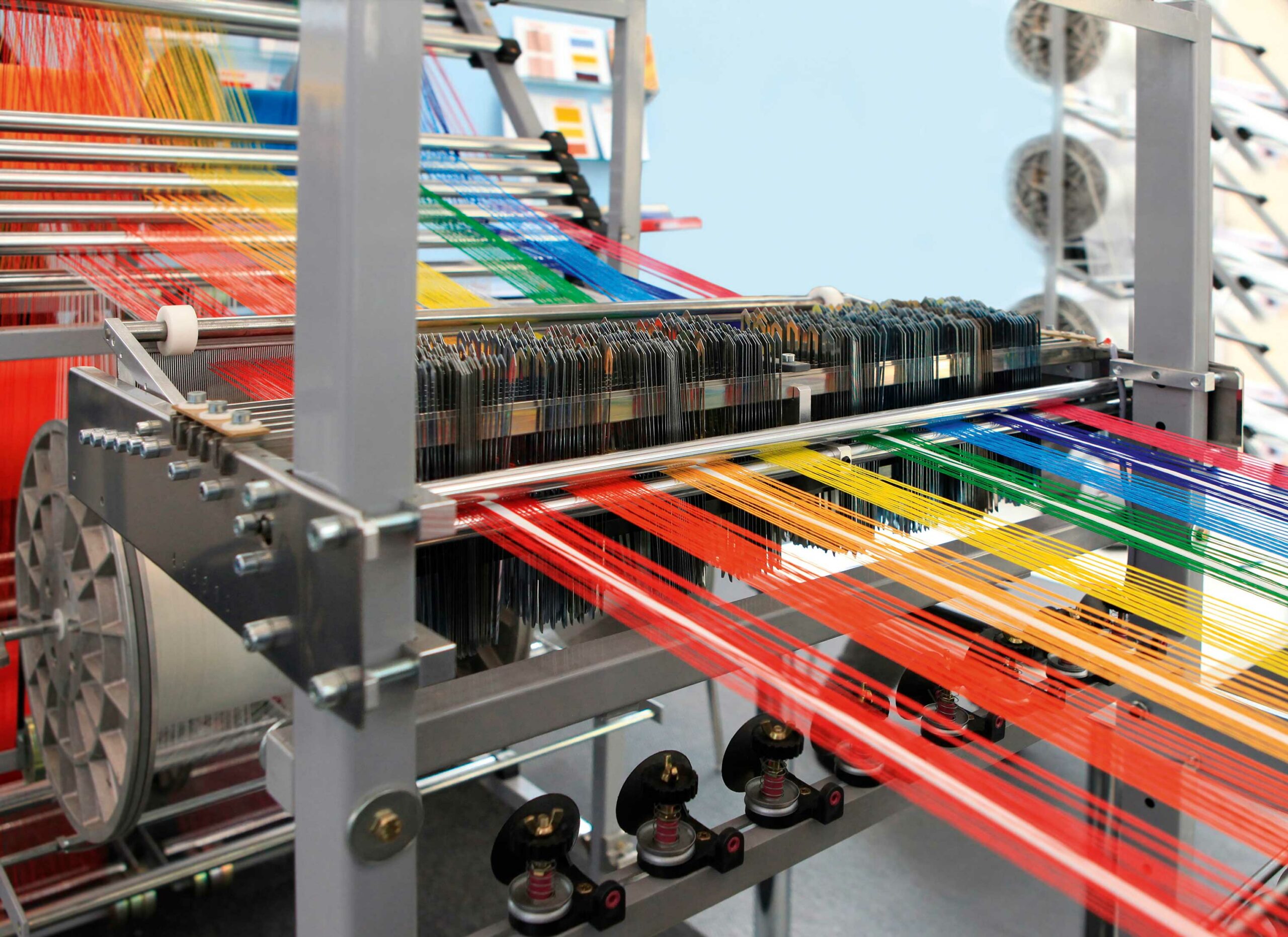 Share on:
Colombia saw growth slow in 2016 due to economic uncertainty brought about by falling oil prices, but tax reform and improved economic conditions have the sector optimistic about 2017.

2016 brought a number of milestone achievements for Colombia’s political sector, but it was a different story on the economic side, as the country’s 2016 GDP growth rate of 2% was the lowest since the 1.7% posted during the midst of the global financial crises in 2009. Before that, Colombia hadn’t posted growth of less than 3% since 2002. This downturn wasn’t spread across the economy as a whole, as the contraction of the oil sector due to falling crude prices was the primary culprit. Still, the larger industrial sector was far from immune to the effects of the contraction in oil prices, and one of the primary challenges for its participants was dealing with the wider uncertainty within the market. Confident that the worst is behind them, industry leaders are optimistic about the future of the sector and the wider economy in 2017 and beyond. Projections have predicted growth of around 2.3% as per BBVA and Bancolombia, and a more positive regional environment and increased investment should lead to new opportunities for the sector.

Manufacturing accounted for 12.2% of Colombia’s GDP in 2015, according to DANE, the government’s national statistical agency. Data for 2016 shows that the manufacturing sector posted stronger growth numbers after two slow years; after 1.5% growth in 2014 and 1.8% growth in 2015, industrial manufacturing grew 3.5% YoY in 2016 in sharp contrast to several other sectors of the economy. With this came a 4.2% increase in industrial sales, up from 1.6% in 2015, and a 0.7% increase in industrial employment. Analysts expect industry to continue to grow faster than the economy as a whole in 2017, thanks primarily to increased exports. With 15 free trade agreements that give it access to a market of over 1.5 billion people, Colombia is well integrated into the global export economy. 2016 saw exports drop 13% from USD35.6 billion in 2015 to USD31 billion, but there are reasons for optimism about the state of the market in 2017. The majority of the drop in exports came due to a 21.7% decrease in oil exports; the manufacturing sector dropped 10% as a whole but several sectors within the industry did better, such as transport equipment, which grew 16.6%.

The manufacturing industry was also further impacted by the Colombian government’s efforts to push oil exports in recent years, which led to a drop in the value of the peso against the dollar. While expected to be beneficial for export rates, the wider regional and global economic slowdown has overridden any export gains that might have come with a weaker peso. The US was one of the three export destinations that saw increased trade in 2016, remaining steady at 0.42% growth, while Argentina and Mexico saw increased flows of 17% and 2.5%, respectively. While down from its peak of almost USD22 billion in 2011, the free trade agreement between the US and Colombia and the two countries’ longstanding political and economic ties kept the US Colombia’s largest trade partner at USD9.87 billion worth of goods. Elsewhere, however, regional turmoil and economic uncertainty saw exports drop in key Latin American and Asian markets. Trade to China was particularly noteworthy, falling 50.2% to USD1.1 billion in the face of decreased demand for raw materials.

Colombia’s textile industry, perhaps the country’s most significant non-oil and mining industry, is an illustrative example of some of the challenges facing the industrial and manufacturing sector as a whole. After making gains over the past three decades thanks to the region’s comparative advantages and export quotas that helped give it access to the US and European markets, the sector has struggled to deal with the influx of contraband Chinese fabrics and the end of the quota system. In addition, political shifts in the region have led to decreased access to markets that were previously central to the industry. Exports to Venezuela, for example, were temporarily closed in 2010 over political issues; though they resumed soon afterwards, the textile industry’s exports to Venezuela are still well below what they were a decade ago. The fall in textile production is particularly worrisome for the industrial sector and Colombia’s economy as a while because of the higher rate of employment in those industries as compared to mining or oil production. Antioquia, responsible for about half of all textile exports, saw some of its largest firms struggle in 2016 as high interest rates, a truckers strike, and new tax policies led to a difficult year for the industry. Still, there is a general consensus that the sector has bottomed out and is ready to grow again. Medellí­n-based giants Coltejer and Fribacito, for example, both posted net losses in 2016, but are optimistic about growth in 2017.

Carlos Eduardo Botero, President of Inexmoda, explained that the realignment in the sector’s export profile in recent years has textile manufacturers working to open new markets. After exports to Venezuela fell, Botero told TBY, “it was difficult to export because our peso was strong due to oil, and our internal market was growing, especially the middle class. The problem is that we did not have… the sophistication needed to export to the US, for example. Therefore, the internal market has been growing 8-10% every year in the last five years but exports have not.” To develop the sector to the extent needed to compete in the lucrative US and EU markets, several top textile manufacturers are investing heavily in new plants and facilities to increase capacity and produce the more sophisticated materials needed for those export markets. Supertex, a Cali-based manufacturer that fabricates for brands including Nike, Adidas, and Under Armor, plans to invest USD10 million in a new Nicaraguan factory, part of a large-scale investment strategy that has seen it spend USD6 million since 2015 on new production machines and software. Already producing more than 800,000 garments per month in its two Colombia plants, Supertex projects growth of 15% in 2017. The solution for the industry will likely involve a focus on higher-value-added products and materials and acknowledging that the industry cannot compete with Chinese and Indian products when it comes to costs alone. It is an issue that textile companies all over Latin America are dealing with, but Colombia’s size and preexisting economic relationships leave it well equipped to make the shift and keep the textile industry a key part of the country’s economy in the years to come.

An additional issue facing the industrial sector is the passage of new corporate tax reform laws in December 2016. Facing the need to make up for billions of dollars of lost oil revenue, the Colombian legislature passed a bill that raised the VAT from 16% to 19%, added a number of new excise taxes, and strengthened tax evasion penalties. The reform’s goal is to increase total revenues and bring the Colombian tax system more in line with the OECD’s guidelines. The legislation has a number of provisions that will impact the industrial sector. Most prominently, the corporate income tax will be decreased to an effective rate of 33% in future years. A 6% surcharge in 2017 and an 4% surtax in 2018 will set the effective rates at 40% and 37% in those years, respectively, but the rate after those years well be below the current effective rate of 43%. The law also raises the tax rate on companies located in free trade zones from 15% to 20%.

The law will reduce the overall tax burden on corporations and increase the portion of tax revenue paid by consumers, moves that many felt were necessary considering the high rate of tax evasion present in informal-sector employment in the country. Industrial leaders are still waiting to see how the reform will fully affect the sector, but early reactions to the reform were largely positive from the supply side. Alfredo Correa Muñoz, President of Grupo Disan, praised the reforms in an interview shortly after their passage. “It is a good reform because it will be structural and favorable to the industry,” Muñoz told TBY. “It will benefit the country as a whole and will be positive for investment in Colombia.” However, many consumers have expressed disappointment with the increase in the VAT, and industries that rely on consumer demand are waiting to see how the market reacts. The textile industry, for example, is in an uncertain period at the beginning of the year. Overall, though, these tax reforms should allow for increased investment across the industry, improving the ability of several sectors to compete in an international market.