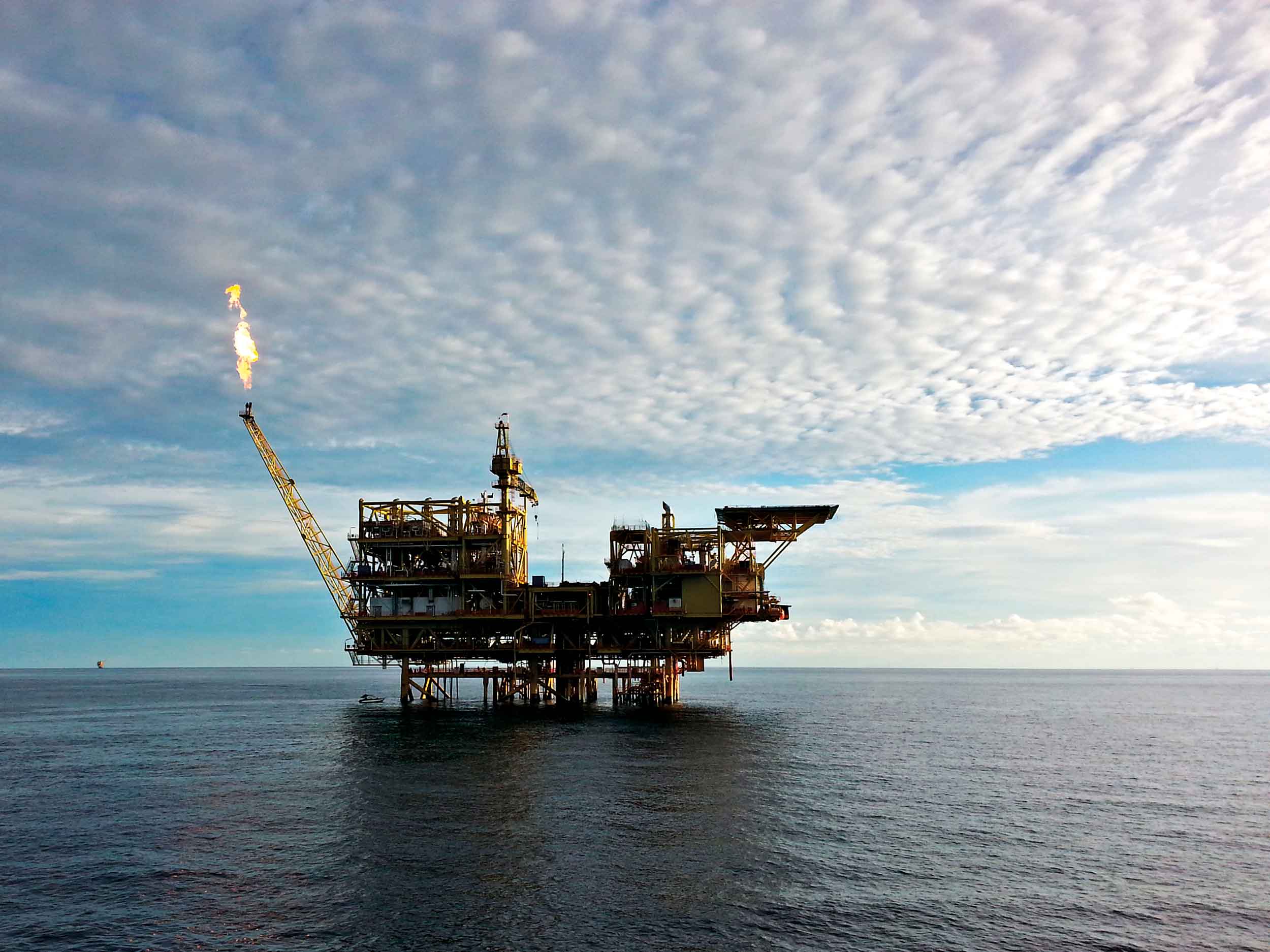 Time For a Change

Share on:
The state power company is key in supporting Malaysia's energy sector and has played a significant role in helping the country to transform into a developed nation.

With Malaysian GDP growth averaging 6% in recent years, the country’s economy has been thriving, causing the demand for energy to rise in tandem. In order to satisfy this growing demand for power, the government has started to craft plans aimed not only at providing more energy, but transforming the means by which it generates and distributes electricity.

The state power company, Tenaga Nasional Berhad (TNB), has always been a corner stone in supporting Malaysia’s energy sector and has played a significant role in helping the country to transform into a developed nation. While it is the primary actor in all energy-related matters in the country, Malaysia also possesses a handful of independent power producers (IPPs), which receive support in the from of maintenance and operations by TNB. Tenaga Nasional has assets of almost MYR133 billion and a revenue growth of nearly 3%. As of 2016, its capital expenditures stood at MYR1.4 billion for power stations and system improvements. It employs 35,000 people and provides electricity to 9.2 million customers, or roughly one-third of Malaysia’s population.

According to TNB, domestic energy demand is expected to rise 3% per annum until 2030, following a substantial doubling of demand over five years. The surge is prompting the government to put a greater emphasis on renewables and green energy. Time, however, is running out for the country to diversify. Malaysia has just over 30 more years of sufficient reserves of natural gas, and less than 20 years of oil reserves.

According to TNB, the country’s generating capacity is increasing by no less than 3% per year, in line with the rise in demand, following a 20% increase between 2000 and 2009. A primary part of TNB’s business is energy generation, which consists of thermal generation facilities as well as major hydropower generation plans primarily located in Peninsular Malaysia. According to TNB’s 2016 annual report, the power company has a total generating capacity of over 12,000MW, provides an equivalent availability factor (EAF) of 89.3%, and manages an equivalent unplanned outage factor (EUOF) of 3.74%. Over 90% of the country’s power is generated by oil, natural gas, and coal. Of TNB’s 12,000MW, 5,694MW comes from gas power stations, 3,971MW from coal power stations, and 2,347MW from hydropower stations. This correlates to generation fuel mix of approximately 45.2% from gas, 50.8% from coal, 3.5% from hydropower, and less than half a percent from other sources. TNB’s transmission infrastructure allows for a maximum of 17,788MW, as of April 2016. It operates a transmission network of approximately 22,478km, with 426 transmission substations and 1,218 transformer units.

TNB is also responsible for transmission, to customers linked to both the large industrial grid and those otherwise. Transmission time in system minutes takes approximately 1.47 minutes, having remained below the two-minute threshold since 2009, while the system availability is at a reliable 99.77%. TNB’s transmission system is also highly reliable, maintaining a low transmission loss of 1.28% along with zero tripping with load loss for its 500KV and 275KV system.

According to the Malaysia Energy Information Hub (MEIH), the demand for energy in 2014 was over 52,000ktoe, with the transport sector accounting for the highest demand, with 24,327ktoe, followed by the industrial sector at 13,162, and then the residential and commercial sector with 7,458. Actual consumption levels varied significantly; MEIH reports that final electricity consumption for 2014 was at 11,042ktoe, with the industrial sector accounting for 5,072ktoe, the commercial sector using 3,566ktoe, and the residential sector using 2,346ktoe.

The MEIH states that the country possessed almost 5.8 billion barrels of oil as of 2014, half of which is located on Peninsular Malaysia. This places the country in 27th place in terms of international proven reserves. Production has been on a steady decline since its peak in 2003, when the country produced 290 million barrels. In 2014, the country produced just over 220 million barrels of oil, according to the MEIH. In the same year, the country reportedly exported approximately 11,831ktoe of crude oil condensates, while it imported 9,780ktoe. Exports have been on the decline since 1992, aside from a short-lived increase in 2010, while imports have been slowly increasing following a drastic rise in 2000. Malaysia currently has six oil-fired power stations. Domestically, motor fuel is by far the most consumed oil product, accounting for exactly 12,705ktoe of the almost 30,000ktoe consumed in the country in 2014.

A close second was diesel fuel, at 10,161ktoe. Coal plays a large role in Malaysia’s energy scheme. While production has fallen in recent years, to approximately 1,694ktoe in 2014, production rose rapidly over a ten year span, form 107ktoe in 2003 all the way to 1,824ktoe in 2013. Malaysia has a total of 1.9 billion tons of indicated coal reserves throughout the country, with a majority, approximately 963 million tons, located in the state of Sarawak. Coal consumption has remained relatively steady since 2009, hovering within 100ktoe from 1,700ktoe.

The country has approximately seven coal-fired power plants or generation stations, which in total burn some 23 million tons of coal, estimated to rise upward of 37 million by the end of the decade. By 2020, coal is expected to account for 42% of total energy production, up from the current 33%. Most of the coal Malaysia burns, some 70%, is imported from Indonesia, with another 19% coming from Australia, and the remainder coming from nations as far away as Russia and South Africa. Such a high dependence on imports is somewhat troubling, especially for a resource and sector so vital to the nation’s economy; any interruption in supply could be devastating for the country and diminish investor confidence. The country began importing coal in 2003, and it immediately surpassed exports by 99ktoe. Ever since 2003, coal imports have far surpassed exports. In 2014, the country exported 1,129ktoe of coal, while it imported some 6,472ktoe. Exports have remained steady since 1993, orbiting from 1,200-1,400ktoe, while exports continued to increase sharply, to a height of 7,866 in 2012, before starting to fall in 2013.

According to MEIH, Malaysia lays claim to some 64.7 trillion standard cubic feet (tscf)of natural gas, earning the country 15th position in world natural gas reserves. While distribution is relatively proportional, the region of Sarawak holds the most, at almost 62tscf, followed by Peninsular Malaysia and Sabah. Production has risen gradually since it began in 1980, reaching its height in 2010, when the country produced some 71.5ktoe of natural gas. Since then, production has entered a moderate decline, falling to 63.1ktoe in 2014. Similar to coal and oil, the country imports considerably more gas than it exports. Exports have remained steady since the country began sending off gas in 1993, hovering between 1,100ktoe and 1,500ktoe, sitting at 1,129ktoe in 2014. Imports began in 2003, when the country first bought 1,501ktoe. Like coal, imports rose considerably before beginning a relative decline. Natural gas imports peaked in 2010 at 7,013koe, and have since fallen to 6,472 in 2014.

There are 27 gas-fired power stations located throughout the country. Gas has proven to be a critical support for the country’s economy. Based on current estimates, gas reserves at current production levels are expected to sustain the country through to 2048. Production levels are expected to rise further in 2017 and until the end the decade at least—perhaps a necessary step given the current demand in Malaysia is doubling every five years.

Malaysia has approximately 10 hydropower stations, most of which are located on peninsular Malaysia, with one in Sarawak. Additionally, the country has five hydroelectric dams. These hydro-based power generators provide the country with a solid foundation for its future energy demands. As a renewable resource, much of the country’s future success clings on these projects effectiveness and further development. An vital project for the country’s hydroelectric sector came online in 2016. The Hulul Hydroelectric Project, located in northeastern Peninsular Asia, is set to generate 250MW of power. The project was first commissioned in 2010, and is operated by Tenaga Nasional Berhad. The country’s crown hydro jewel, however, is Bakun Dam, completed in 2011. Able to generate 2,400MW of power, it is built around one of the world’s highest concrete walls and is the largest dam in Asia outside of China.