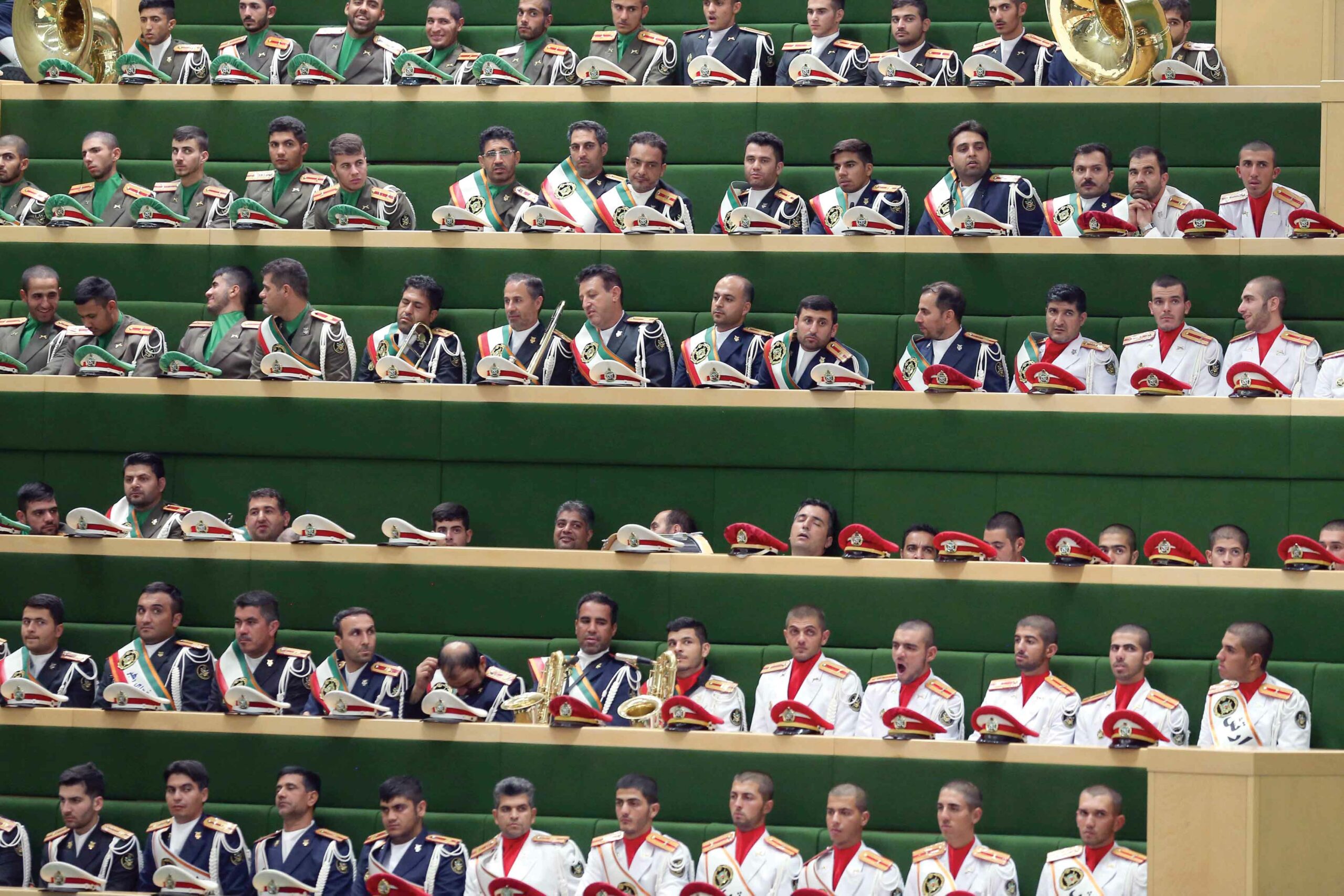 Share on:
The lifting of sanctions in 2016 marked a great step forward for Iran's relationship with the Western world, but lingering tensions still threaten the economic and diplomatic progress that has been made.

Iran has had no shortage of complex diplomatic situations to navigate in recent years. Successful negotiations over its nuclear program led to the elimination of cumbersome economic sanctions in early 2016, but tensions remain over its military actions in the region. Iran’s size and oil wealth have long made it one of the Middle East’s leading powers, but these same qualities have led to ideological and diplomatic conflicts with its Arab neighbors and the Western world. The passage of the nuclear deal demonstrated Iran’s willingness and ability to find diplomatic solutions to major issues, but there will likely be more hurdles in the future.

Iran’s history of sanctions from Western powers dates back to the Iranian revolution in 1979, with the US freezing billions in Iranian assets and banning oil imports in response to an incident at the US Embassy. Diplomatic relations between the two countries were severed soon after and have remained tense in the four decades since. Additional US sanctions in the mid-1990s put further restrictions on investment in Iran, but the rift between the Islamic Republic and much of the Western world reached a new level in the early 2000s due to conflict over its nuclear program. Iran claimed that its uranium enrichment programs were for nuclear power plants, but Western concerns about the transparency of the program led to investigations by the International Atomic Energy Agency (IAEA), which discovered no evidence of a nuclear weapons program but found Iran in violation of international reporting standards, which led to sanctions from the United Nations Security Council. Over the next few years, waves of US- and UN-backed sanctions prevented Iran from importing arms and prevented Iranian institutions associated with the military from accessing assets in foreign banks. 2012 brought the most severe round of sanctions yet, with the EU and US announcing an embargo on Iranian oil exports and prohibiting all transactions with Iranian financial institutions, effectively cutting off Iran from the global banking system. Iran’s economy had withstood earlier economic sanctions with a minimum of disruption, but these final sanctions, combined with a drop in the price of oil, sent the economy into a tailspin. According to the World Bank, Iran’s GDP contracted by 6.6% in 2012 and 1.9% in 2015 after a decade in which GDP growth had only dipped below 4% during the global economic slowdown in 2008-2009.

The signing of the Joint Comprehensive Plan of Action (JCPOA) is the most significant diplomatic event in Iran’s recent history. After almost two years of negotiations, Iran reached a deal with the P5+1 countries (US, UK, France, China, Russia, and Germany) to restrict its nuclear activities in exchange for the lifting of almost all economic and military sanctions. Under the deal, Iran will reduce its uranium stockpile by 98% for 15 years reduce the number of centrifuges installed at nuclear enrichment sites, and redesign a reactor so that it is no longer capable of producing weapons-grade plutonium. It will also be subject to regular inspections from the IAEA, with the threat of an immediate return of UN sanctions for 10 years if it is found to be in violation of any part of the deal.

The immediate result of the deal is the end of sanctions. Iran’s well-developed oil industry was immediately able to resume operations and returned to pre-sanctions production and export levels by early 2017. More significantly, however, the JCPOA marked a thaw in the longstanding frosty relationship between Iran and Western powers. Rhetoric between Iran and the Western world had become increasingly charged in recent years, with Iran’s positions on Israel, its nuclear program, and the right way to combat terrorism in the Middle East becoming flashpoints for incendiary language from both sides. With the most recent round of sanctions, tensions had led to concrete economic consequences on the health and stability of the region, an outcome that nobody involved wanted. As such, the JCPOA represents a global understanding that diplomatic solutions to conflicts are still the best option. The distance between Iran and the West is still far from fully resolved; despite seven IAEA reports in the 18 months since the implementation of the JCPOA in January 2016, the US has expressed concerns about whether Iran has upheld its part of the deal, leading to international doubts about whether it will attempt to void it. The EU, however, has expressed public support for keeping the deal, a positive indication that the international community values the agreement.

Elsewhere, Iran’s foreign relationships can be split into two main groups: the Aab world, where competing spheres of influence and longstanding cultural tensions continue to generate conflict, and the wider global community, which is eager to tap into the potential of the Iranian market. In the Middle East, Iran has long found itself in conflict with Saudi Arabia; as the region’s wealthiest and most powerful Shia and Sunni-majority countries, the two states have sought to influence regional politics and support their allies in neighboring states to further their goal of becoming the undisputed leader of the Arab world. In recent years, this has led to proxy conflicts with both sides lending military support to their favored allies. In the Syrian civil war, Iranian forces have supported the government of Bashar Al Assad while Saudi Arabia has provided funding and weapons to rebel groups looking to overthrow one of Iran’s main allies. More recently, a similar dynamic is at play in Yemen, where the Saudi-allied government was overthrown by Houthi rebels; Saudi Arabia has accused Iran of supplying the Houthi rebels with arms in an attempt to weaken Saudi influence in the Arabian Peninsula, but Iran has denied any link between the two.