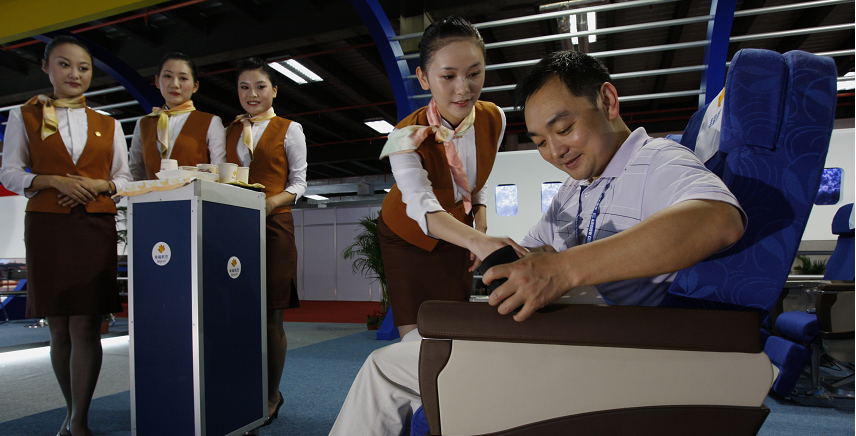 Share on:
Low-cost airlines were a game-changer in aviation in the 2010s, and they will continue to redefine the sector in the new decade.

The low-cost carrier business model was originally conceived in the 1960s, but it reached new heights in the 2010s.

Once only used by cash-strapped students, by 2017 budget airlines had raised their market share to over 55% in Southeast Asia, just under 40% in Europe, and over 30% in North America, according to the Wall Street Journal.

With the coming of age of the low-cost flight, airlines such as Ryanair in Europe and JetBlue in the US experienced unprecedented growth in the 2010s, giving traditional full-service carriers a run for their money.

Anyone who knows a thing or two about the airline industry and how hard it is to turn a profit, however, may wonder how budget carriers can actually pull this off.

The commercial aviation industry offers a very small profit margin, despite its glamorous image in the popular culture.

This is partly due to high fixed costs: the maintenance of airplanes is expensive, international airport fees are high, and the crew are handsomely paid for the risks they take on a daily basis.

Costs of entry to the sector are not low either. An all-rounder bird such as a baseline Airbus A320neo can be yours for no less than USD110 million or, alternatively, leased for USD330,000-350,000 per month, to say nothing of the costly regulatory complications in the sector.

Richard Branson, the British business magnate, once commented, “If you want to be a millionaire, start with a billion dollars and launch a new airline.”

Nevertheless, budget carriers still somehow manage to stay in the market, competing not only with flag carriers and legacy airlines and their scheduled flights but also with fellow budget airlines.

Whatever wizardry low cost carriers use to accomplish this seemingly impossible feat, it is working.

With over 43% of all sold seats being “low cost,” the UK was the hottest European market for budget flights in the late 2010s, followed by Spain, Italy, and Germany, according to Business Wire, an American business media group.

What is more, low-cost air travel is not limited to advanced economies such as the UK anymore, though the business model was primarily developed in the US, Ireland, the UK, and, of course, Iceland with its Icelandic Loftleií°ir—which earned the nickname “Hippie Airline” in the 1960s.

The low-cost business model has now taken off in emerging economies as well, especially in Southeast Asia, South America, the Middle East, India, and Turkey.

Flydubai and Air Arabia in the UAE, Pegasus Airlines and Onur Air in Turkey, AirAsia in Malaysia, and IndiGo in India, for example, largely follow the blueprint set by Western budget carriers: limiting free luggage transportation, offering single service classes, and in many cases dropping the free in-flight meals.

Meanwhile, the rise of discount carriers has supercharged the tourism industry both in Europe and in most emerging economies, but not much so in the US. The operation of budget carriers to and from a destination is generally correlated with hotel occupancy rates in Asia and Europe.

A 2011 study in Spain by Rey, Myro, and Galera, published in the Journal of Air Transport Management, concluded that “the expansion in low-cost airline activity has had significant, positive, direct and indirect effects on the Spanish economy.”

A similar trend is now observable in South Asia and South America, where one sees some go-togetherness between the growth in inbound tourism over the 2010s and the increase in the number of budget carriers.

As discount carriers continue to grow in 2020 and raise the level of connectivity within and across borders, they will drive forward the tourism industry in emerging economies, while also facilitating business and speeding up cultural exchanges.