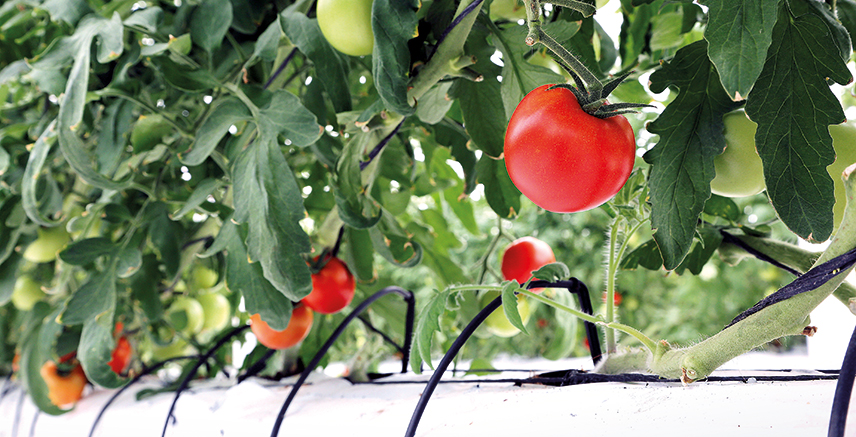 The Search for Security

Share on:
Al Ain has traditionally been the main seat of traditional agriculture, though in recent times investment has been focused on the Al Gharbia region in the west of the Emirate to encourage more broad-based economic development.

Agriculture may not at first seem to be the most prominent of Abu Dhabi’s economic activities. However, through more focused planning and marketing and an efficiency-minded approach to water usage, Abu Dhabi is improving its food security in a number of key areas, while generating income for local farmers and fishermen. Food security is a key consideration for the UAE as a whole, as it imports around 90% of its total food requirements. While the nation may never achieve full food security in the medium term, its ability to make a significant dent in food imports does exist in specific categories best suited to the local climate, or through the use of the latest in agri-tech.

Of the 75,284 hectares of land under agricultural use across the Emirate in 2013, around 59% is found in the Al Ain area, another 28% is found in Al Gharbia, while the capital region of Abu Dhabi has the remaining 13%, according to the Abu Dhabi Food Control Authority (ADFCA). Around 40% of the total land area is devoted to fruit trees, with dates being the top subcategory. Al Ain has traditionally been the main seat of land-based agriculture, with its access to the Al Buraimi Oasis and arable lands, though in recent times investment has been focused on the Al Gharbia region in the west of the Emirate to encourage more broad-based economic development. At end-2014, ADFCA estimated the presence of 24,394 farm holdings in the Emirate, with nearly half of those found in Al Ain. Animal husbandry remains a core agricultural activity in the Emirate, with some 3.4 million head of livestock found at the end of 2014. Of those, Al Ain is home to 65.77%, with Abu Dhabi having 17.42%, and the Al Gharbia region bringing up the total on 16.81%. Of the roughly 3.4 million head of livestock, nearly all are from types that are both traditional for the region, and able to survive the local weather conditions. Sheep were at the top of the livestock list, at some 1.73 million head in 2014, followed by goats on 1.27 million head, and camels on 0.38 million head. As a result of being largely unsuited to the outdoor conditions found in the Emirate, cattle numbers were at just 30,010 head, with some two-thirds of these spread across 13 dairy facilities.

Leading the field agriculture sector is the Abu Dhabi Farmers’ Services Centre (ADFSC), which was established in 2009 to help revise and implement the government’s agricultural policy. The ADFSC covers some 16,000 to 17,000 farmers of the 24,000 or so active in the sector, according to its managing director, Khalifa Ahmed Al Ali. While reducing water consumption and focusing on appropriate varieties to plant are top goals, ensuring a future for the families of the farming community in Abu Dhabi remains a prime consideration. Over the 2009-2015 period, the ADFSC was able to reduce water consumption in the agriculture sector by 40% by recommending the planting of different crop types and providing farmers with information on how to best make use of the Emirate’s limited water resources. The ADFSC engages with farmers by setting annual production plans, which farmers sign on to. In return, farmers receive guaranteed prices for the produce they deliver in line with the contract they sign with the ADFSC, instead of receiving direct state agricultural subsidies. The ADFSC also acts as a distributor and marketer for farmers, supplying the produce to local markets. The ADFSC’s Managing Director Al Ali is looking to target a 40% share of local produce in the vegetable segment, with cucumbers and tomatoes already exceeding this goal. One traditional crop, dates, has become so successful that some 90% of local production, estimated by the ADFSC at 180,000 tons in 2015, is devoted to exports across the MENA region.

In the ADFSC’s latest cropping plan for the 2016-2017 growing season, which starts in August, 60 types of fresh vegetables were listed for production, including 25 new varieties, offered for supply by both greenhouse and open field farmers. The plan calls for the supply of some 50,000 tons of vegetables, with cucumbers (16,150 tons) and tomatoes (10,300 tons) representing just over half of the requested production by weight.
Other assistance being provided to farmers is coming from the Khalifa Fund for Enterprise Development, via its Zaarie program. In 2015, the Khalifa Fund authorized the use of some AED130 million ($35.42 million) to support the vegetable growing sector, and encourage the use of hydroponics and more water-conscious agricultural methods to some 130 farmers in the Emirate.

Abu Dhabi’s agriculture sector is not just limited to its land resources, but through its 500 or so kilometers of coast and some 200 islands, fishing has long been a key part of the rural economy. While traditional fishing methods are giving way to more advanced aquaculture methods, Abu Dhabi’s central position between Europe and Asia is also being seen as an opportunity for fish processing and value-adding. The Environment Agency – Abu Dhabi (EAD) estimated that in 2014 some 4,290 tons of fish were caught in the Emirate, worth a total of AED105.64 million ($28.78 million) on the market. There are an estimated 7,000 boats active in the local fishing industry, according to figures provided by the Abu Dhabi Fishermen Co-operative Society (ADFCS), which represents around 10% of all owners. The government remains supportive of local fishing, providing mooring infrastructure, processing facilities, and temporary accommodation, it also provides direct subsidies covering up to 50% of the cost of a new boat motor, according to the President of the ADFCS, Ali Mohammed Mansour Al Mansoury.

Aquaculture is being seen as one way to increase local fish production. As of end-2014, the main aquaculture sites in Abu Dhabi were divided between the larger-scale facilities run by Al Jaraf Fisheries and Emirates AquaTech, and some 25 other ponds in Liwa Oasis and Al Ain devoted to Tilapia in a freshwater environment. Al Jaraf Fisheries initially entered the market in 2004 targeting shrimp production, and now has some 52 prawn pools, while it has begun extending its production into other varieties of both commercial and ornamental fish at its Bal Rumaid Island facilities outside of Abu Dhabi, while it is developing finfish facilities at a location near Al Ajban.

Conversely, Emirates AquaTech is shooting for a true niche market — fine food connoisseurs — through its state-of-the-art sturgeon and caviar farming facilities. Using the YASA brand, Emirates AquaTech has transformed its 56,000 sqm facility into the largest of its type in the world producing farmed sturgeon fish and caviar, much of it for export. Although far from a native of the Gulf region, the sturgeon fish used at the facility were sourced from Lake Baikal, and the company is looking to boost production by end-2016.

International Fish Farming Holding Company, better known as Asmak, has taken a more vertical approach to the issue of food security in aquaculture, bringing farms, processing facilities, and distribution means under the one roof. Although it has facilities in Saudi Arabia and Bahrain as well, in Abu Dhabi Asmak has a fish farm located at Al Ajban producing 600 tons of sea bream, hamour, barramundi, and tilapia annually. Additionally, it is establishing a 600 ton per year cage facility offshore of Abu Dhabi near Delma Island, while also developing a closed, recirculating aquatic system that could produce up to 2,000 tons of fish products in the initial stage and up to 4,000 tons later in Abu Dhabi, according to the company. On the processing side, Asmak is also involved in constructing a 18,000 sqm fish processing facility in the Kizad industrial area, named the Hub and Gate Project. The project looks to act as a processing intermediary between the Near East and Europe, with a target of 40,000 tons of seafood products per year being set.