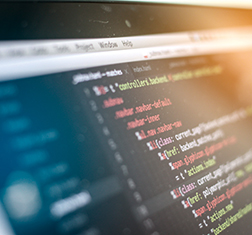 The Search for Competition

Share on:
Unique mobile subscriber numbers rose from 80 million in 2012 before the reform process to 89 million in 1Q2016.

The creation of the Federal Telecommunications Institute (IFT) in 2013 and its installation as an independent market regulator following the passing of sectorial reform legislation in 2014 have brought about significant changes to Mexico’s telecoms sector. In the past, América Móvil dominated the Mexican telecoms landscape and was in a near unassailable market position, with the company having major interests in the fixed-line, mobile, cable, and internet fields. The cost of telecommunications for local consumers was considered high, while penetration rates for telecoms and internet services remained on the underwhelming side compared to most of its neighbors and emerging market peers. Back in 2011, the contribution of telecommunications to national GDP was just 2.56%, according to data from the National Institute of Statistics and Geography (INEGI). The key goals of the telecoms reform law were to improve competition in the provision of telecoms services, reduce the cost for consumers, improve and broaden service offerings, encourage more local and foreign investment, and allow for new technologies in the field to be more rapidly adopted in Mexico.

While the jury is still out on the success of the reforms, some significant changes are beginning to occur in the market, with mobile, internet, and broadcasting being on the potential cusp of a more major shakeup. By end-2015, the telecommunication sector’s share of GDP had risen by around one-third on the 2011 figure to 3.4%. Unique mobile subscriber numbers have risen from 80 million in 2012 before the reform process to 89 million in 1Q2016, according to GSMA Intelligence, although the penetration rate has only inched up from 65% to 69% over the same time period, much a result of Mexico’s young and growing population. Smartphone connections now make up 54% of the mobile market in 1Q2016, around double what they were in 2014, with the 3G network (44% of all subscriptions) taking on the main task of serving smartphone users as opposed to the 4G network (8%). While 4G is yet to shine in the market, the recent entry of AT&T into the Mexican market and its commitment of $3 billion in investment in a national 4G/LTE network may see these figures change substantively by the end of 2016.

In terms of market dominance, América Móvil remains the main fixed-line supplier through Telmex, while its mobile provider Telcel has maintained its lead as well, though on a somewhat lower market share. In 2005, well before reforms targeting América Móvil’s dominance over the mobile market, the company had some 77% of all subscribers, leaving Telefónica’s Movistar on 14%, with a host of smaller providers including Iusacell and Unefon fighting over the remaining 9%. Fast forward to 1Q2016, and América Móvil is still the leader, with a 67% share in what is a much larger market. Movistar has been the main beneficiary of any loss in market share by América Móvil, reaching 24% in 1Q2016, while the smaller players were largely swallowed up by the early 2015 entry of AT&T into the Mexican market through deals worth $4.4 billion. As of 1Q2016, AT&T sits on a 9% market share, according to GSMA Intelligence, while the number of mobile network operators (MNOs) has fallen to three. One thing that has little changed since the reform process has been the usage rate of pre-paid lines, which was at 85% in 2012, and remained the same by end-2015.

While seven mobile virtual network operators (MVNOs) are now plying their trade in Mexico, they have not yet been able to chip away at the dominance of the big three MNOs and encourage more cutthroat competition. The Competitive Intelligence Unit estimated that some 654,000 MVNO lines were present in 1Q2016, with the total revenues for the sector put at just $10.5 million during the quarter. There are indications that a further 10-15 MVNOs will ply their trade in the coming years, though it remains to be seen if they will be able to provide much more competition. Another plan the IFT has worked on is to release additional mobile spectrum to competitors, such as 90MHz in the 700 MHz spectrum band. The 700 MHz band is being allocated to create a new wholesale network provider that can challenge the strength of the three main MNOs, and perhaps provide support for any new MVNOs looking for a carrier. Although the 700 MHz tender was expected to be concluded in early 2016, the IFT announced in mid-2016 it would delay the announcement until later in the year and extend the time for the submission of bids to October 2016.

One key desire of the reform process was to reduce the cost of telecommunications for consumers, and in a way this has been achieved, with average revenue per user (ARPU) on a connection basis falling from $11.01 in 2012 to $8.90 by 2015. IFT, the market regulator, points out that landline costs have declined a cumulative 4.3% since the reform process in 2013, mobile phone charges are down a whopping 32.4%, while domestic long-distance rates have been consigned to the dustbin of history. International call rates for consumers have fallen as well, by some 40.3% between 1H2013 and end-2015, much to the relief of many Mexicans with family living and working abroad.

In order to promote a more competition-friendly environment, América Móvil has been much the target of the IFT’s market rebalancing act. For example, the company is compelled to share its infrastructure with its competitors, without necessarily receiving the same in return from them, while termination rates are calculated in favor of its rivals. Despite these measures, América Móvil remains not just a local, but a global force to be reckoned with. In 2015, the company maintained operations in 25 countries, with South America and Central and Eastern Europe the main centers of activity. For the year, América Móvil reported $56.4 billion in worldwide revenues, with Mexico accounting for 26.9% of its fixed revenue generating units (RGUs) and a further 25.8% of the RGUs on the wireless side. According to access line numbers, América Móvil is the fourth largest company in the world on 366 million. If you exclude Chinese providers China Mobile (826 million) and China Unicom (463 million), then Vodafone (474 million) and fifth placed Telefónica (322 million) remain as its only true global competitors. On the wireless subscriber side, it also takes fourth place on 286 million lines, with the same aforementioned companies in similar positions. Although the reform process that kicked off in mid-2013 squarely had América Móvil in its sights, so far the company has not seen its market share fall below the magical 50% many have spoken of. The head of América Móvil, Carlos Slim, has spoken of his willingness to reduce his company’s strong position in telecoms in exchange for improved access to the cable and internet market, though the means to achieve this in concert with the IFT and government is yet to be agreed upon.

Household internet uptake has increased some 12.5% since end-2013 and 2015, rising from 40 subscriptions per 100 households to 45 over the time period. Average internet speeds delivered to households have also picked up. At the start of 2014, 85.4% of internet users experienced download speeds of some 2 Mbps to 10 Mbps, though by the end of 2015 75.7% of users were receiving download speeds more in line with 10 Mbps to 100 Mbps, according to IFT data. In 2015, the market share of both cable (33.2%) and optical fiber (10.2%) internet increased at the expense of more traditional DSL connectivity (54.1%), though still have a way to roll out for the latter to become legacy technology in many parts of the country. Internet usage is also increasing on the back of the growing use of smartphones in the market, at some 54% of all devices, much due to competitive data plans offered by the big MNOs. In May 2016, App Annie estimated that the top three apps in Mexico for both Android and iOS were Whatsapp, Messenger, and Facebook, showing the strong preference for social messaging apps. Meanwhile, the ownership of the spectrums allocated for mobile internet use show the potential for a reshaping of the telecoms market in the future. As of end-2016, Telcel has 41.2% of the available spectrum, while AT&T has a 38.2% slice, leaving Movistar on just 19.5%, and Grupo SAI on 1.1%. Although the operators may share their spectrum with others, any such agreement is the subject of IFT approval. Further spectrum sales, such as in the 600 MHz region being freed up as TV broadcasting shifts to other frequencies, will represent the next frontier in the development of mobile internet use. Mexico’s early adoption of the digital terrestrial television (DTT), and the elimination of analogue channels, has also helped to boost competition in the television sector. Since 2013, the number of digital channels has increased from 311 to 676, while a new national free-to-air network is now in the offing.