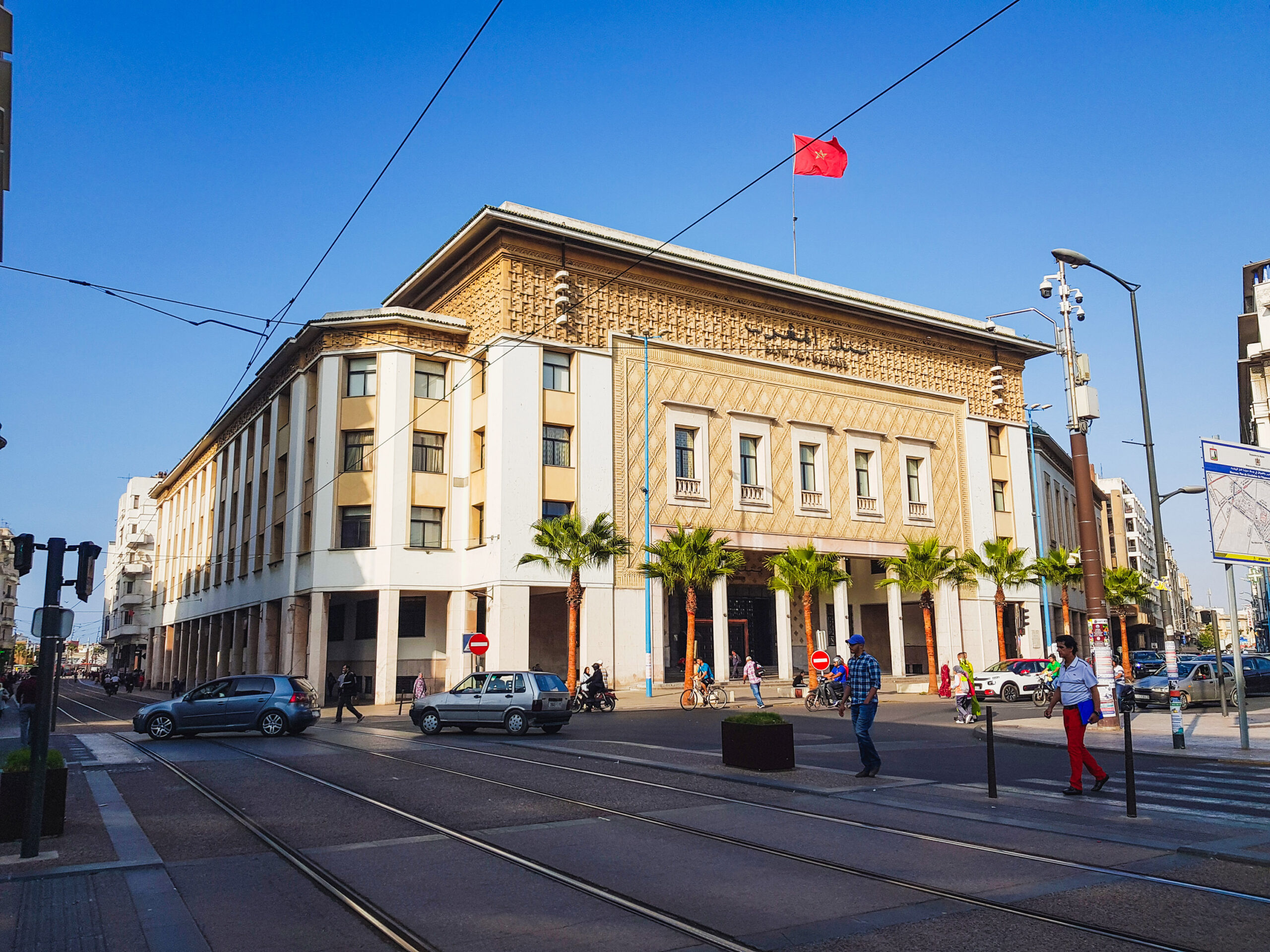 The Place to Invest

Share on:
With the launching of “Morocco Now,“ the Kingdom of Morocco is now—more than ever—an ideal, future-proof place to set up shop whether you want to launch an automotive assembly plant or create the next big trend in fast fashion.

Morocco has undergone a thorough economic transformation over the last two decades. The North African country is no longer admired merely for its historical cities and pleasant weather; Morocco is now undeniably a rising hub of industrial activities, offering a highly competitive platform to foreign investors from around the world.

Morocco’s successful repositioning efforts since the turn of the millennium are also the result of political stability in the country, under the leadership of HM King Mohammed VI. Thanks to the kingdom’s long-standing political stability in the MENA region and its reputation for delivering on its promises, many investors are flocking to Morocco with no fear of sustaining losses or running unreasonable risks.

No competitive industrial hub will be complete without easily accessible sources of energy, and the kingdom’s energy portfolio is increasingly shifting toward renewable energies. Morocco is widely considered to be Africa’s forerunner in terms of green energy. As of 2021, renewable energy meets 35-40% of electricity capacities. Meanwhile, the country is determined to raise the figure to 52% of its installed capacity by the year 2030 and 100% before 2050. If Morocco’s past milestones in clean energy are anything to go by, there is a very good chance that the kingdom will easily achieve its goals for 2030 and 2050, making Morocco one of the most sustainable centers of industry in the 21st century.

Morocco is, in short, a far more eco-friendly industrial hub than its competitors. Given the favorable winds and the perfect sunlight that Morocco enjoys, the country’s 2,500-km-long coastline is already dotted with cutting-edge wind turbines. The country is also home to some of the world’s largest solar projects such as the Noor III plant. Thus, those investors who care about sustainability and the future of our planet will have a set of good reasons to choose Morocco over its competitors.

In addition to Morocco’s continuing advancements in renewable energies, the presence of a highly skilled workforce and its business-friendly ecosystem have also helped turn the country into a safe haven for many international investors, particularly in the manufacturing sector. The country’s proximity to Europe and the proficiency in French and English among Moroccans is yet another attraction for potential European and American investors.

With so many strong suits, the nation has launched a campaign called “Morocco Now” to encourage investors to come over and begin their businesses in the kingdom. “Morocco Now reflects the kingdom’s vision, its youth dynamism, its industrial innovation, its entrepreneurs’ agility, its historical openness and the growth potential that Morocco offers for your business to thrive,” suggests the initiative’s official website. Thanks to its free trade agreements covering 54 countries resulting from a long-term economic openness and integration into the global economy, the country offers a privileged access to over 1 billion consumers in Europe, UK, US, and Africa. The Morocco Now campaign is supposed to highlight and solidify the competitive status Morocco has already achieved as a center of industry and exports, while giving it more visibility to international investors.

The designers of the Morocco Now campaign are trying to capitalize on a few further winning cards, which will turn Morocco into a strategic investment hub. Most notably, production costs in Morocco are far more reasonable than any other emerging market of the world of its caliber, while its workforce has the right skill set for many types of businesses, thanks to high levels of literacy and higher education in the country. The kingdom has a unique and young talent pool both for the service sector and, especially, the manufacturing sector. It is estimated that over 152,000 Moroccans graduate every year in industrial fields, and—thanks to the absence of language barriers—many partnerships between Moroccan and foreign educational institutions are being formed, which will further enhance the skills of the kingdom’s talent pool.

Despite the presence of these outstanding advantages, Morocco is not an expensive industrial hub. The minimum wage in Morocco is just under USD300, while the shipping costs for exports are said to be the “most competitive in the region.” Although there may be lower production costs in other regions in the world, Morocco has shown itself to be exemplary in communication and supporting business needs. Morocco is a truly well-proven hub with an excellent track record of delivering promises.

Morocco has proven to be agile and reliable during challenging times. During the COVID-19 pandemic, for example, the country’s industrial enterprises were quick to reopen and resume their usual activities safely with 100% of their capacity, thanks to the timely vaccination of the population and the readiness of the industrial sector’s manpower to resume work ahead of most other industrial hubs in Asia and Africa. The nation takes pride in the fact that the “capacity to quickly adapt is part of Morocco’s DNA as illustrated recently during COVID,” according to the Morocco Now initiative, adding that the country is ahead of the curve in “swift reallocation of industrial production, mobilizing innovation, know-how, and expertise.”

The country has thus far attracted several small and large industries, especially from Southern Europe. French automotive giants such as the Renault-Nissan Alliance and the PSA Group, which manufacturers famous brands such as Citroen and Peugeot, among others, operate several assembly lines in Casablanca and Tangier,. It is estimated that 650,000 to 1 million vehicles of various denominations will be assembled in Morocco by the end of 2021, creating some 160,000 jobs and a financial turnover of EUR10 billion. Fiat and the Chinese automotive giant, BYD, are likewise considering large-scale investments in Morocco to launch their African plants in the country soon. Although the pandemic slowed down and postponed the opening of new assembly plants in the country, BYD is still serious about making investments in Morocco, putting an end to the monopoly of French automakers in Morocco.

Morocco also has an excellent track record in industries such as textiles, which offer tremendous opportunities for export. Morocco is not only famous for the manufacturing of fine textiles, but the nation is home to some of Africa’s most talented fashion designers. Over the last few decades, many Moroccan designers who honed their craft in studios in Milan, Paris, or London are now back in the country to turn Morocco into Africa’s market leader in the fast fashion and even high-end garments market. Hassan Hajjaj and Youssef Lahlou are but two names among the many rising stars of Morocco’s fashion industry.

In any case, there are some 1,200 textile and fashion companies in Morocco forming around 12% of the nation’s exports. In accordance with the objectives of the Morocco Now initiative, this figure can easily be increased with more investment, thanks to the extensive know-how and the solid reputation of Moroccan textiles and fast fashion around the world.

A Window on Tomorrow

The Times They Are A-Changin’

The face of modern Africa