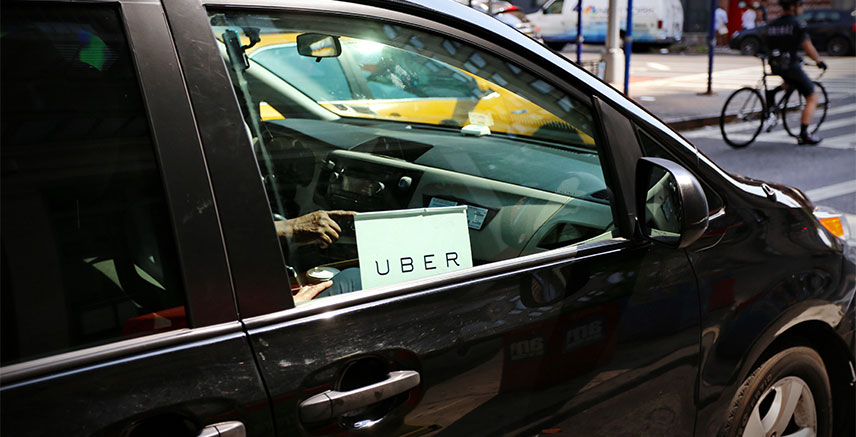 Share on:
Colombia has clamped down hard on Uber following tensions between employees of the service and taxi associations that often looked likely to turn violent.

Banned from Germany in 2015, Uber’s offices were raided and its employees arrested in Paris and South Korea that spring. Later banned in parts of India, Australia, South Africa, and Taiwan, it is suffering similar setbacks in Latin America. After registering 6,000 drivers and 500,000 users in Brazil, it was stricken from Rio de Janeiro in September 2015 and had its operations severely curtailed in Sao Paulo a month later. In an interesting and potentially landmark twist, rather than outright ban it, Sao Paulo Mayor Fernando Haddad agreed to issue 5,000 medallions by lottery to previously licensed taxi-drivers. Only the latter will have the authority to pick up passengers that hailed them through the ride-sharing app. Without killing it, this tweak would not only greatly restrict the car-share’s growth, but bolster the position of licensed cabbies in the process.

Meanwhile, the struggle has scarcely been less contested in Colombia. Though boasting 30,000 drivers and 450,000 users across 18 cities since entering the market in 2013, Uber has faced unusually strong resistance from both the authorities and taxi drivers’ unions, particularly in Bogotá. That being said, its popularity—and hence resistance to it—stem from slightly different reasons.

Contrary to widespread fears in Europe and North America that Uber drivers are not sufficiently screened, the criminal and background checks that Uber runs on Colombian drivers are thought to be far more reliable than simply hailing a cab on the street. Fearful of being taken for a “millionaire’s ride”—when the driver stops the car to allow armed accomplices to enter before escorting the passenger to the nearest ATM—many passengers in Bogotá will only travel by ride-sharing apps that have already screened the driver. And locals are not alone: in 2013, an American DEA agent was stabbed and killed during a “millionaire’s ride” gone horribly wrong.

Despite this bad blood, or because of it, cabbies in Colombia’s capital have been particularly resistant to Uber. Blockades and stone throwing against suspected drivers is not unheard of. In a particularly creative ruse, irate taxi drivers order an Uber and then attack the driver when he arrives. Yet most stirring of all were the pronouncements made by Hugo Ospina, president of Colombia’s Association of Taxi Drivers and Owners, when he announced over the radio that “in our guild, we have groups of people who are demobilized from illegal armed groups [who] are arming themselves to assassinate Uber drivers.” Amid rising tensions between cabbies and Uber drivers—virtually all of the violence propagated against the latter—he urged the government to “get things under control” before “someone gets killed.”

To some degree, it has tried. In December 2014, the city’s transport regulator ordered authorities to “immobilize” all cars using Uber—an order they were hardly in a position to enforce. In March of 2016, the Colombian Superintendent for Ports and Transport fined the company USD140,000 for having “illegally facilitated provision of services under irregular conditions.” Though a trifle compared to what it faces elsewhere, it was unprecedented for Colombia. This came on top of a warning made by President Santos in November of 2015 to ban the service altogether if it did not register as a company and start paying taxes within six months. Making good on the threat, Colombia did so in June of 2016, citing Uber’s failure to register, pay taxes, or abide by labor laws.

An extremely seasoned litigator, Uber seems unperturbed—and has continued to operate as before. While the Colombian vice-Transport Minister Alejandro Maya announced a “judicial strategy” to “shut [it] down definitively” in late September of this year, Uber’s representatives in the country have questioned the legality of the means at the Transport Ministry’s disposal. So have other branches of the government. As the Information and Technology Ministry told a local newspaper, “Colombian law provides for the principle of net neutrality, and no application can be blocked, with the exception of those dedicated to child pornography.” So to disrupt the application, they would have to directly target drivers and users.

Uber Colombia, for its part, not only ambivalently maintains its innocence, but continues to defend “the right of Colombians to secure and reliable transportation alternatives as well as flexible income opportunities” as “protected by the Colombian Constitution.” It also evokes the march of history: “progress is only possible through change and involves defending what is best for citizens.” It concluded by reiterating that Colombian law doesn’t prohibit private transport through technological platforms, which was probably true of every country on earth 10 years ago.

The real struggle, according to ex-minister of Transport and Communications Diego Molano, is how to codify new digital technologies into existing—i.e. “traditional”—networks: a serious problem that dozens of countries around the world are currently facing. The struggle, then, is about much more than Uber, but whether a given state is capable of crafting a sensible policy that strikes a balance between guilds, employees, and consumers—and can actually then enforce it.

In the case of Colombia, the wildly successful car-share app is unlikely to close up shop of its own accord. And since the state doesn’t appear to be serious about restricting its activities, this vituperative tango seems likely to continue. In early September, three months after banning its existence, the state prohibited the company from advertising. As if to kill two birds with one stone, Uber responded a few weeks later by announcing its drivers would be giving free rides to the voting booths for the October 2 peace referendum. Calling the campaign “Democracy gets around,” it is unclear how many riders took them up on their offer.