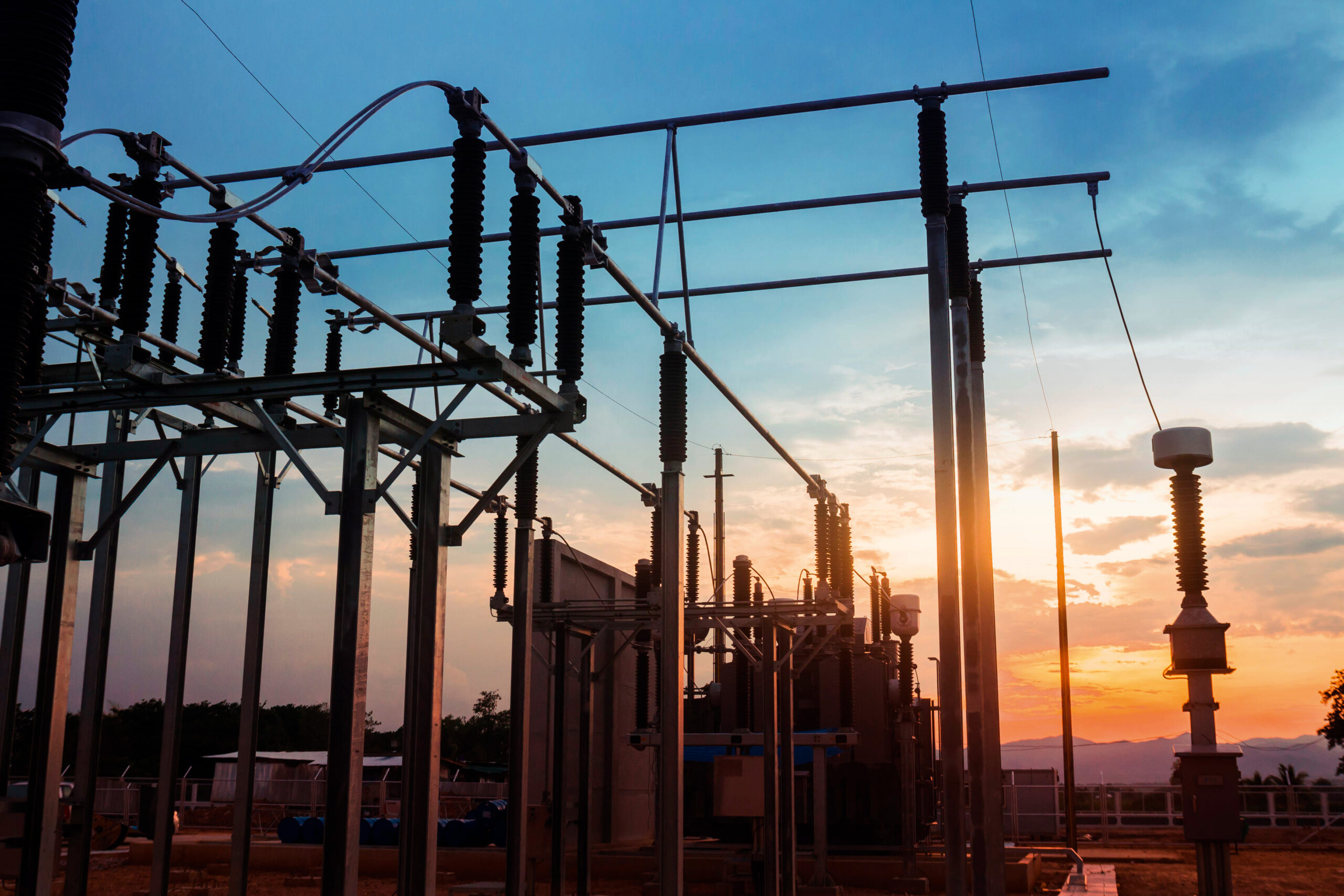 Share on:
While Lebanon's renewable energy sector is still in its infancy, the developments of the last few years are encouraging.

Lebanon seeks to boost its renewable power generation sector to tackle its power supply issues, while waste management and environmental protection take on new dimensions in the economy.

In recent years, the Lebanese Mediterranean coast has had to deal with a waste crisis of historic proportions, industries still battle with an unreliable power supply, and green projects are rare. But, after the signing of the Paris Agreement in 2015, the momentum for the green economy seems to finally be here.

Lebanon suffers from chronic power failures, which has had a considerable impact on the country’s economic development. Today, it sources 95% of its power from fossil fuels, all of it imported, at great cost to the country’s economic structure. In the face of growing energy consumption and difficulties expanding its generation capacity, the government has undergone policy change to facilitate the development of renewable energy power generation projects and the historic entry of the private sector into the power generation industry.

Under the Paris Agreement, which was ratified by 149 countries and came into force in November 2016, Lebanon committed to source 12% of its power from renewable sources by 2020.

The goal is being taken seriously by Lebanese leaders, including at the local level. In Beirut, for instance, where waste management has become a difficult issue to manage in recent years, the local government is preparing a bid for a waste-to-energy plant, and the qualification of contractors has already been issued. The bid should be launched in September 2017, and the contractor will be chosen by the end of the year, aiming at project conclusion by the end of 2018. The plant will both provide a solution for Beirut’s waste and contribute to the city’s energy needs. Other environment-related projects include the planting of 6,000 trees and the tendering of a project that will see all the light bulbs used for public illumination in the city being changed for low-consumption LED bulbs, which “will save at least 50% of the electricity bill and will reduce emissions generated from power generators,” Jamal Itani, Mayor of Beirut, told TBY.

While the government has shown commitment to its green economy goals, the main objective will be to create the right conditions for the promotion of private sector participation, which has historically faced legal barriers. Since independence, under the established legislation, power generation for the national grid has been managed under the monopoly of the national utility Électricité du Liban. This legal hurdle was addressed with Law 288 voted upon on April 30, 2014, which gives the Council of Ministers the freedom to award licenses for power generation to private operators for the following two years. The document, however, failed to address the way in which ministers would attribute these licenses, and so the law reached its zenith. It was then renewed in October 2015, with a timeframe lasting until 2018, giving officials longer to implement the mechanisms that will allow private-sector participation in power generation. The licenses would be granted for generation purposes only, and not for transmission. Power would then be sold to the national utility for distribution.

It is under this legal framework that Lebanon’s Center for Energy Conservation (LCEC) opened a bid for proposals for the commissioning of 180MW of large-scale solar capacity in May 2017. A total of 256 operators submitted proposals for pre-selection, a mirror of both capacity and interest of the private sector to enter the generation market. After the pre-selection, shortlisted developers will submit final proposals. The government is aiming at commissioning 12 different solar-power plants with capacity ranging between 10 and 15MW spread along the regions of Bekaa, Hermel, Nabatieh, Akkar, and Mount Lebanon.

The winners will enter a public private agreement with the government and Électricité du Liban, lasting for 20 years, with a sales agreement that should not exceed a USD0.10 per kWh tariff. The government has planned to see the 180MW of solar power come online by 2020, to contribute to its Paris Agreement goals, in what should amount to an investment of around USD240 million. Officials have stated the possibility of further expanding requests for an extra 120MW in the near future. This is a heartening first step in a country with very favorable conditions for both solar and wind power development but which currently only has a 22-MW generation capacity coming from small and spread-out solar projects, of which half were added in the last three years. As a matter of reference, the biggest solar project operating in Lebanon is the Beirut River Solar Snake, with a generation capacity of 1MW. Including hydro, only 4.1% of the country’s power generation comes from renewable sources, but the government remains confident it can attain its target by 2020.

While Lebanon’s renewable energy sector is still in its infancy, the developments of the last few years are encouraging. A study undergone by the United Nations Development Program under the banner of the Small Decentralized Renewable Energy Power Generation program, published in late 2016, reviewed the country’s status and potential for solar power project development. In evaluating the country’s situation within its Paris Agreement objectives, the study, the first of its kind in Lebanon, pointed out that in 2010, total solar power generation capacity amounted to just 0.32MW peak (maximum electrical capacity [MWp]).

Since then, it grew annually by an average of 101%, in the run up to 2015, to reach a 9.45MWp capacity. In 2015 alone, it grew by 145%. Estimates for 2016 indicate the market grew by another 200%, to reach 20MWp of capacity. The strong growth in the sector has, however, been mostly dominated by off-grid solutions promoted by the commercial sector, which accounted for 22% of the capacity, according to the study. The Lebanese public sector is only responsible for 15% of this capacity, below that of the residential and agricultural sector, which stands at 18% each. Both the number and the size of the projects directed at solar panel installation have seen strong growth. In 2011, only 18 projects took place with an average installed capacity of 4.8kWp, while 2015 saw 259 new projects averaging an installed capacity of 21.3kWp. The sheer growth in the size of investment is revealing of the momentum this sector is undergoing in Lebanon. In 2010, USD2.3 million saw its way into solar projects, a pale figure compared to the USD30.5 million registered in 2015. The growth of the sector is only partially, albeit significantly, justified by a reduction in installation costs of solar panels of around 63% between 2010 and 2015. It is estimated that 100MW will be produced by independent projects not connected to the national grid by 2020.

Now, as the state enters the sector through public private partnerships, the size of both the projects and the investments is likely to multiply many times over. It is estimated the investment necessary to push power generation from renewable sources to 12% of generation capacity would cost up to USD1.7 billion, which will be nearly impossible to achieve without the strong participation of the private sector

The private sector is answering the call on its own as well. A prime example of a growing understanding of the importance of energy efficiency for businesses to remain competitive can be seen in the water bottling plant of Berdawni mineral water in Zahlé, Békaa province. In 2016, it completed the first phase of its solar power generation project that saw the installation of 1,000 solar panels at the plant, capable of supplying half of the plant’s energy needs. The second stage should see the number of panels doubling to produce up to 600kW to power the plant, which bottles 36 million liters of mineral water per year. It stands as one of the biggest solar power installations in the private sector. Once around 2,600 new panels are installed, as was expected for the summer of 2017, Berdawni will effectively become the single-biggest solar-power producing project in the country, with a capacity of 1.4MW.

Lebanon’s potential for development in the renewable energy sector could, however, go beyond the fulfillment of its own energy requirements and the country could potentially both export power and know-how to energy-deficient neighboring countries. Talking to TBY, Albert Khoury, Chairman at Hawa Akkar, a leading wind power private player in the Lebanese market, stated that Lebanon is likely to play a huge role in the redevelopment of the Syrian power generation sector once the political situation stabilizes. “It is important for the [Lebanese] government to fund these [renewable energy] projects because it has huge potential for solar and other energy sources. We have the data, information, availability, and willingness to provide the service. Syria does not have a lot of oil, but it does have wind and solar resources,” Khoury said.

He suggests that with the right governmental push for an advantageous position when it comes to Lebanese companies’ entry into Syria, operators could be very competitive compared to Western European companies thanks to the lower cost of labor in Lebanon.

“As a result, we do not require subsidies or financial incentives from the government, but we do need them to establish a proper legal framework for us to operate,” he concluded.

Hawa Akkar is in itself a pioneer in the renewable energy sector in Lebanon. Incorporated in 2010, the company has focused on scouting for areas with high wind-power-generating potential. When the government launched a bid, in 2013, for a 50-100MW wind turbine farm, the Lebanese player led the winning proposal in a consortium with Greece-based Construction Contractors Company (CCC) and China-based wind turbine manufacturer, Goldwind. The three companies are now developing a 60-MW wind farm in the northern region of Akkar, an area in particular need of reliable power sources. Once concluded at the end of 2018, the plant will generate enough capacity to power 60,000 homes.

The banking sector is also tapping into this expanding sector. FFA Private Bank, Lebanon’s leading capital markets and high-income asset management institution, created, in June 2017, a USD-1 billion investment fund to finance energy and infrastructure projects, particularly focused on renewable energy developments. As financing solutions appear, the will of private players to enter the market should only be strengthened.