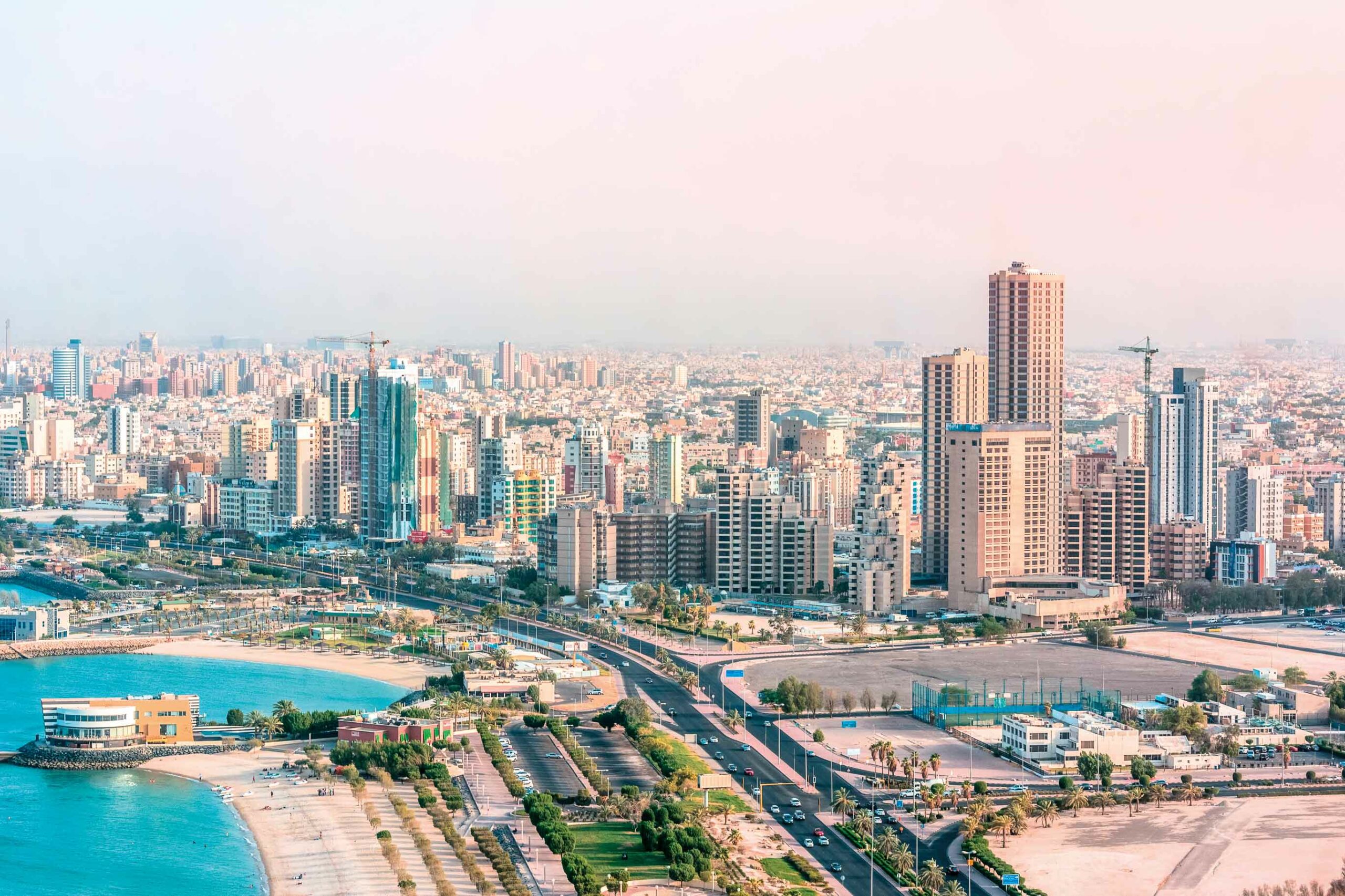 The Means & the Message

Share on:
The ubiquitous application of ICT is felt across Kuwait’s increasingly diversified economy as technology converges. It is galvanizing SMEs and delivering new platforms of e-health and e-government. In the industrial […]

The ubiquitous application of ICT is felt across Kuwait’s increasingly diversified economy as technology converges. It is galvanizing SMEs and delivering new platforms of e-health and e-government. In the industrial arena ICT is rationalizing manufacturing processes and enabling remote sensing and security monitoring. Ideas such as the Internet of Things (IoT) and Machine-to-Machine (M2M) networks are also taking hold. Meanwhile, in the mobile arena, the retail consumer is looking beyond the necessity of voice to the endless possibilities of data, which today is king on telcos’ balance sheets. Moreover, in the context of the broadcast and narrowcast media, the new paradigm of citizens as netizens has implications for the regulation of content, a task performed by the Ministry of Communications.

Kuwait places great store inthe knowledge economy, and it is worth noting that ICT-related investment exceeded USD1 billion in 2015, while an estimated CAGR of 2.4% to 2019 is forecast by BMI Research. Meanwhile, the Central Agency for Information Technology (CAIT) systematically traces sector indicators of take-up and attitude to better inform policymaking. Its recent publication, Consolidated Kuwait National ICT Indicators Report, 2016, provides a comprehensive evaluation of ICT in the home and workplace. Further in this chapter, sector players, too, explain some of the latest directions in which the local ICT sector is going, both in Kuwait and further afield.

The government had moved early on to ensure high-speed internet capabilities, as fiber rollout commenced back in 2007 aimed at total geographical coverage. The Communication and Information Technology Regulatory Authority (CITRA), the independent telecoms regulator, was established in November 2014 to oversee disciplined ICT sector development. And so before we consider the media per se, let’s briefly see where Kuwait stands today in terms of ICT capability, consumption, and its role in employment.

Fixed telephony, with a utilization rate of 56% as of 4Q2015, is fast losing out to mobile voice services.

As of 4Q2015, total mobile cellular telephone subscriptions were at 8,719,000, marking a high penetration of 240%, where 75% of mobile subscriptions were prepaid. Kuwait’s 4G LTE network, the fourth-most comprehensive in the world, has virtually 100% geographical coverage since smartphones are in 99.7% of households, behind South Korea, Japan, and Hong Kong.

Kuwait has three mobile operators, namely Zain, VIVA, and Ooredoo. Saud Al Tawash, the CEO of Gulf Telecom, told TBY how market players in Kuwait have been chasing both scale and scope of operations. “We have recently seen a big shift in the industry with a few acquisitions where mobile operators have acquired ISPs. For instance, Zain has recently acquired Mada Communication, while Ooredoo has taken over Fast Telecommunications.“ Zain, 24.6% owned by the Kuwait Investment Authority, has a market share of around 35%. Noteworthy is its focus on R&D, where it shares a Joint Innovation Center with Huawei geared to tomorrow’s regional mobile and broadband services. Viva, with a 32% market share, prides itself on sourcing two-thirds of its workforce locally. The telco was listed on the Kuwait Stock Exchange in December 2014 and in 1H2015 pioneered Voice over Long Term Evolution (VoLTE) services, enabling high definition video calls. Given Kuwait’s low population of around 4 million, the presence of three mobile operators has meant competitive data and voice tariffs, which pressures the margins of the fixed-line component. Official figures indicate that the country has around 840,000 dedicated mobile data subscribers, outnumbering fixed subscriptions twofold.

While six out of 10 households have access to a computer or tablet, with around half of all households owning a tablet, just 3.7% of households had access to online TV channels according to the latest CAIT data. Kuwait has roughly 130,000 fiber connections, estimated to exceed 200,000 by 2019. Yet of the eight out of 10 households online, most rely on mobile broadband dedicated access services used via a USB modem, MIFI, or dongle.

Kuwait’s Central Agency for Information has been tasked with overseeing the development of a comprehensive cross-platform featuring e-government and e-health, as well as the TASDEED cashless payment system enabling the online settling of bills, fines, or other official fees.

A 2015 internet usage survey provided a useful portrait of perception and practice. It indicated that while 89% of Kuwaitis polled felt that the internet provided a wider selection of products and 63% believed prices to be cheaper, just 29% of were comfortable revealing financial details online. Yet tellingly, just 10% of those canvassed thought more state regulation was the solution, with 50% stating that current controls were adequate. This arguably reflects public perception of censorship, which we will examine later. Meanwhile, the same survey saw 72% of respondents citing the internet as an important source of information, compared to 31% for TV and 13% for the press.

The World of Work

CAIT data puts the computer penetration rate among businesses at 86%, with 83% of firms canvassed having relied on the internet over the preceding year. Approximately 44% of companies in Kuwait are present online, with 24% running multilingual websites. In terms of employment, overall ICT manpower is estimated at 22,000, thus at just 0.9% of total manpower. And while Kuwaitis are slowly, but surely emerging from their public sector comfort zone, the state sector clearly claims the lion’s share of ICT professionals. Some 60% of overall ICT jobs are held by expatriates, and 67% of ICT manpower has less than a decade of professional experience. The sector calculates that between 2016 and 2018 it will have required a further 7,000 ICT professionals. And encouragingly for the private sector, the most sought-after positions emerge as ICT marketing and sales within the ICT sector itself.

The seminal thinker of media theory, Marshall McLuhan, is renowned for countless pithy quotes, but one of the most relevant for today’s media of converged technology is his insistence that, “First we build the tools, then they build us.“ Kuwait has 13 Arabic-language and two English-language newspapers, all privately owned and enjoying the liberty to publish broad content at their discretion, which in turn has fueled the advertising market. Again, the preference for public sector media employment where salaries are higher has negatively impacted the profession of journalism among citizens. And while international news sources are plentiful, they are scanned by the Ministry of Information (MOI) for perceived breeches of morality regarding the coverage of religion and the state itself. The MOI is also authorized to censor books, films, and periodicals. In the print sub-sector, Mohamed Aboukhaled, the General Manager of Al-Khat Printing Press, told TBY how his firm was “the first company in Kuwait to introduce an eight-color machine that could print 16 pages on two faces at the same time, at a speed of 17,000 copies per hour.“ And alighting on the difficulty of retaining employees, he added that the company annually sent “20-25 employees, whom we feel have a future with us, to Germany for training, which, while costly, can guarantee that the employee will stay with us for a minimum of two years.“ Also of note, while the firm caters to around 500 different clients, printing extensively for the Ministry of Education, it also holds the exclusive rights in Kuwait to print the Koran.

The huge and rapid uptake of the internet has seen a shift from the question of what can technically be transmitted to what should morally be allowed. Thus, while Kuwait’s freedoms of expression and the press are enshrined in Articles 36 and 37 of the constitution, the Press and Publications Law prohibits religious immorality and politically subversive messages.

To regulate the digital universe, a May 2014 law created the Commission for Mass Communications and Information Technology overseen by the communications minister. This commission has the power to revoke a phone, internet, cable, or satellite service license where content is deemed to harm public order. As part of this, internet cafes are obliged to note customer identities and disclose them at the MOC’s request without fail. The scope of the commission’s digital segment powers was underlined explicitly in the June 2015 cybercrime law, stipulating related fines and sentences for violations.

Arabic is the fourth most-prevalent language used on the internet, which has opened up other potential markets across the MENA. Indeed, in 2015, this very prospect prompted IBM to open its first facility in Kuwait.

Head in the Cloud

The government is forging ahead with the promotion of Kuwait’s SMEs, the growth of which is of fundamental significance for economic diversification away from hydrocarbons. While the financial sector has played a state-assisted role in funding these businesses, their ICT needs, too, are being met. Saud Al Tawash, the CEO of Gulf Telecomk, revealed that, “We have sought to introduce cloud-based services to the SME sector, which will occupy us for a few years yet.“ The advantages for the smaller enterprise are legion, as performing all ICT functions on the cloud cuts out the need for technical staff, infrastructure, or electricity expenditure at in-house data centers. Gulf Telecoms’ larger clientele, too, makes great use of the cloud, where “many of our defense sector clients use these technologies to remotely connect to their thermal cameras on the border, (or) where users remotely control oil and gas pipelines, and connect globally through the cloud anywhere in the world.

It seems that going forward, saving on expenses will be a vital strategy, as well as pursuing margins. By way of a prognosis for 2017, Fajhan H. Al Mutairi, the CEO Tawasul Telecom, put it this way. “Generally, you can feel that the whole regional market is either standing still, or shrinking (while firms) do not want to spend money.“ His conclusion is that his firm performs well by meeting this criterion of cost effectiveness. It also seems that local businesses have much to compete for as, “All the international carriers are pulling out of having a physical presence here, (preferring) to leave, and act through another company.“