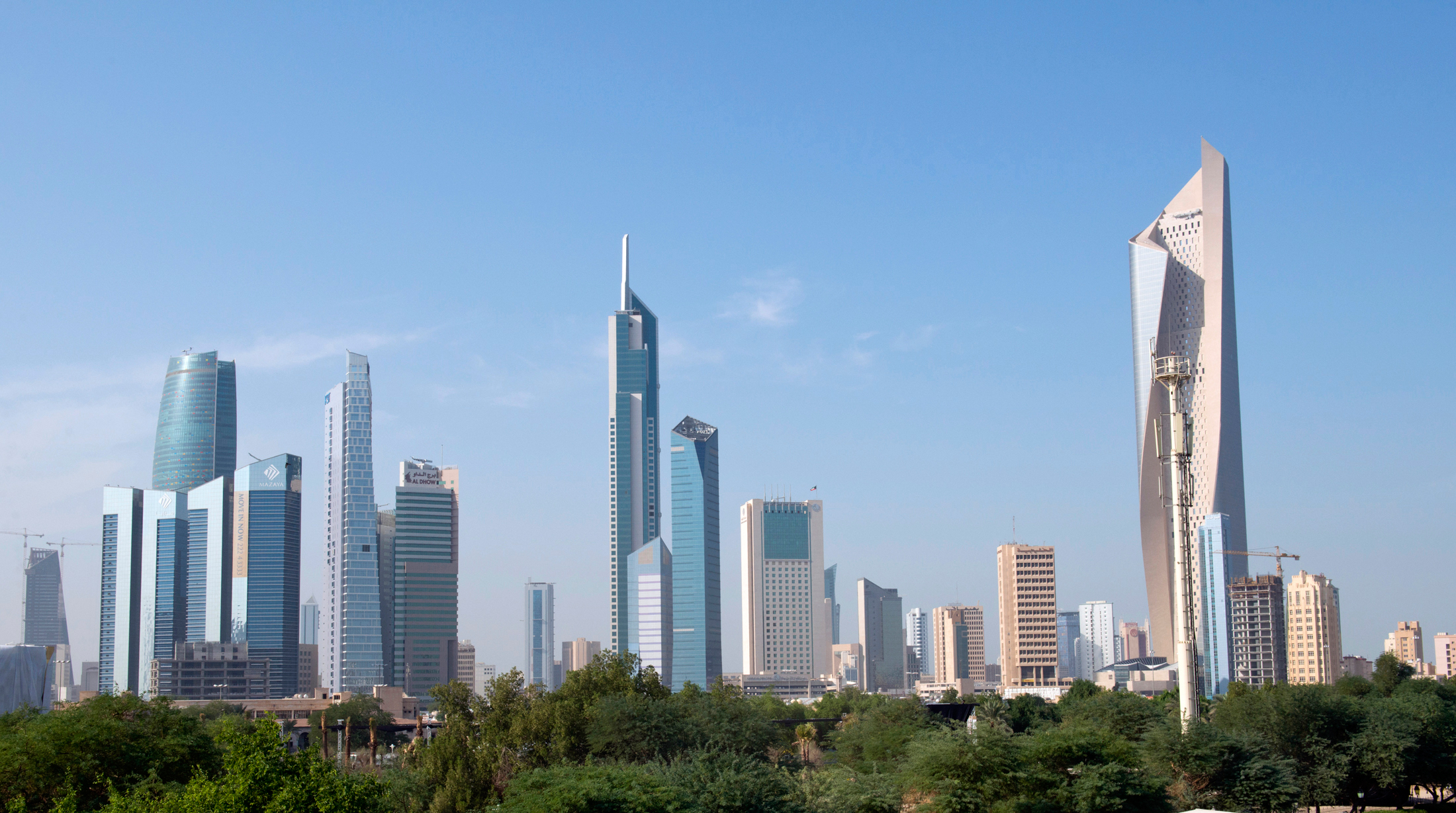 Share on:
As new housing projects come to completion, Kuwait's persistent housing shortages are expected to be alleviated, and a new generation of citizens will enjoy a new standard of residential living.

Declines in oil prices have caused stagnation in the real estate market, but industry experts expect conditions to improve in 2017. Prices have declined across the market, and rents are likely to remain at low levels as investors, landlords, and renters figure out the market. Industry analysts anticipate more declines in early 2017, and residential apartment rents could drop a further 15%, according to Arabian Business.

However, recent statistics released by the NBK bode well for the sector. According to the bank, figures at the end of 2016 were strong, boosting monthly sales to six-month highs. Activity and sales remain somewhat slow, however, and YoY figures were down 22%. Sales totaled KWD2.04 billion and were also down by nearly 27%, though analysts at NBK consider these figures to represent a stabilization of previously steady declines.
In November of 2016, there were 244 residential sector sales worth KWD71.4 million. Tightening across real estate financing channels has also had a serious impact on the residential sub-sector, bringing YoY sales and transactions down 25% and 21%, respectively. Recording steady declines since early 2015, the national bank’s residential home price index was 152.5 in November of 2016, down 12% from the same time last year. Additionally, the residential land price index has also been in the midst of a downward trend, and it currently sits at 178.2, down 9.5% YoY and 13% off its 2014 highs.

According to the NBK, investment sector real estate sales have also been on the decline, and the investment building price index was down 13% YoY in late 2016. 2015 was, however, a strong year for the sub-sector, and industry analysts foresee improvements in the second half of 2016. Commercial real estate has seen some improvement this year, but the increases were largely the product of a handful of extremely large deals. Year-on-year sales were up 5% from November 2015, and the two largest sales were commercial acreage in Sabah Al-Ahmad Sea City and Salmiya for KWD20.3 million and KWD2.6 million, respectively.

Certain categories of market health in residential and investment property were down in 2016. Average monthly sales for residential and investment property sat at KWD71.4 million and KWD57.9 million, respectively in November of 2016, down 10.6% and 1.2% from the year before. The transaction size had also declined to an average of KWD292,600 and 517,000, respectively, down 7% and 6.5% from the year before. As already mentioned, however, commercial property was up; driven by a handful of large investments, the sub-sector recorded 725% growth in sales (KWD82.5 million), 50% growth in number of transactions, and 450% growth in transaction size (KWD9.17 million).

Housing loan figures have also been on the decline, and in early 2016, total loan figures for new construction (KWD10.9 million) and additions and renovations (KWD2.2 million) were down, YoY, by 30.8% and 20.9%, respectively. The number of approved loans was also down YoY, dropping 31.7% in the new construction segment and 9% in additions and renovations. The news was not all bad, however, and in terms of absolute approved loan figures and the number of approved loans, new home purchases were up 11.3% and 30.3%, respectively, YoY.

There has been some concern that falling prices could negatively impact the local banking sector and the IMF has warned that banks have large amount of direct exposure to the market. According to the IMF, local banks had 25% of their loans tied up in the real estate sector, and installment loans to households for home purchases was nearly 28% of their total loan portfolio. Additionally, 40% of their registered collateral is coupled to real estate, particularly in the commercial and investment sub-sectors. This has the potential to expose the banking sector to sizable risk if real estate continues to face falling price movements. The Central Bank of Kuwait (CBK) has not been silent in the face of these concerns and has taken steps to mitigate the possible risks. Residential real estate installment loans now require debt-service ratios of 40% and are limited to KWD70,000. The CBK is also in the midst of an attempt to tighten the ways real estate can be used as loan collateral by disallowing credit mitigation by 10% a year for a period of five years.

In order to address persistent housing shortages across the country the government of Kuwait has initiated a construction project called South Al-Mutlaa City. The USD20 billion planned city is expected to house nearly 400,000 people, and officials hope it will help address skyrocketing rents and excessive urbanization. The city will be housed on 102sqkm, 90 of which will be dedicated exclusively to residential use. The city is also set to include more than 120 schools, hundreds of mosques, an extensive medical and healthcare infrastructure, police, and other necessary municipal institutions, according to the The National. With more than 30,000 housing units, 156 schools, 179 mosques, 12 ambulance centers, 12 police stations, 48 group stores, 12 youth centers, and nine parks planned for the development, government officials and community stakeholders are confident that the initiative will go a long way towards easing the constrictions plaguing the market. Nor, however, is South Al-Mutlaa a one off; plans are afoot for a number of other planned cities in areas around Kuwait.

South Saad Al Abdullah is set to be constructed on 60sqkm and will include 20,000 homes and house 40,000 people. The South Korean government was contracted to orchestrate the construction project, and it is currently in the design phase. Another city, dubbed South Sabah Al Ahmad Sea City, will also be roughly 60sqkm in size. According to the Public Authority for Housing and Welfare, the city will have 11,794 housing units, integrated utilities infrastructure, 52 schools, 70 mosques, six distinct suburbs, 28 stores of various kinds, six police stations, and six health centers. Jaber Al Ahmad City will cover roughly 1,250ha, and include 6,679 housing units. The city will boast 36 schools, 31 mosques, four separate suburban areas, 18 suburbs, two police stations, three health centers, and a government compound. These extensive projects are but a taste of the ambitious housing goals the government of Kuwait has set for itself. Once online, new developments are expected to play a major role in reducing housing pressures across the country; identified as high priority projects by the government, these extensive cities are game changers for the Kuwaiti real estate industry, and they promise to spur economic activity across a number of industries and sectors in Kuwait.

With one of the highest average income levels in the world, retail, particularly luxury retail, is an important component of Kuwait’s economy. According to international consultancy Marmore, the key retail segments in the country are consumer electronics, automobiles, apparel, watches and jewelry, footwear and handbags, and cosmetics. High incomes make the country attractive to luxury brands, and a number of well-known companies have established a major presence in areas across the country. Malls are still the number one venue choice for consumers interested in purchasing luxury goods, though hypermarkets and online shopping are gaining a larger foothold, according to Marmore. With 712,000sqm of retail space available in late 2015 and 174,680 additional square meters expected to be built by 2017, the segment is enjoying sizable growth.
According to Marmore, a high internet penetration rate, nearly 75%, has contributed to the growing popularity of online shopping, and the segment is expected to be worth USD1.07 billion by 2020. Kuwaitis across the country are adopting new shopping technologies at impressive rates, and the segment is expected to be a key driver of growth in coming years.

Plans for large-scale malls have been developed across Kuwait, and developers are confident that the demand remains to support new entries. The Al Kout Mall development is one such project, and the complex, located in the Ahmadi governorate, is set to include 260 stores and will have six distinct experiential offerings, including hospitality, shopping, a marina, a fishing wharf, leisure, and entertainment. The project, which is ahead of schedule, is set to open in October 2017 and represents a new trend in retail spaces in Kuwait, namely the experientially oriented shopping excursion. Developers recognize a growing interest amongst Kuwaiti consumers for an environment that gives them access to a world of possibilities and pleasures without the hassle of leaving the air-conditioned confines of a luxury shopping mall. Al Kout’s 300,000sqm of space and 1.6 km of beach front will be the largest mixed-use waterfront destination and present Kuwaiti shoppers and visitors a new standard of retail that is expected to set the bar for many projects to come.