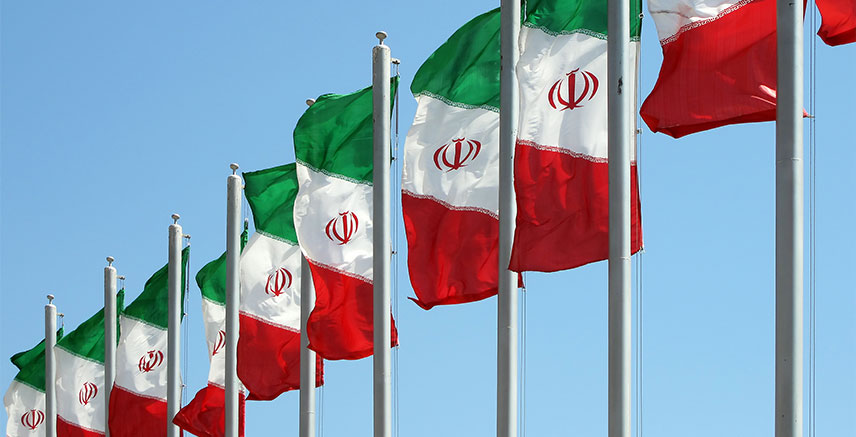 The Fruits of Diplomacy 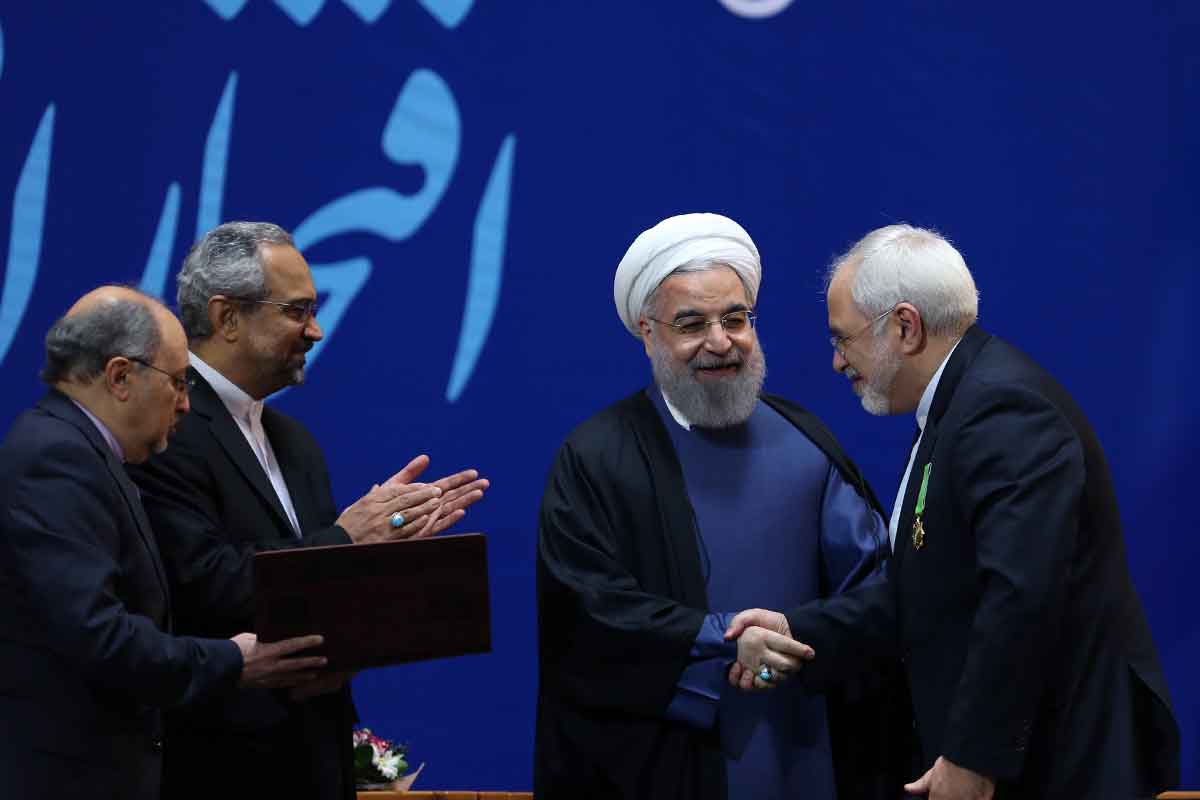 The Fruits of Diplomacy

Since the JCPOA went into effect, trade between Iran and the EU is up by 43%, European banks are working with Iranian counterparts for the first time in years.

Since January 16, when the Joint Comprehensive Plan of Action (JCPOA) brought all nuclear-related sanctions to an end, things have been moving rapidly in the direction of reconciliation between Iran and the West. Domestically, reformists have been on the offensive: parliamentary elections in February and April witnessed major gains for the reform-minded faction that supports President Hassan Rouhani in his long-term endeavor to mend fences with the West through, among other things, much deeper economic ties. Internationally, the government appears to be having one diplomatic success after another.

In April, EU High Commissioner Federica Mogherini met with Foreign Minister Mohammad Zarif in Tehran to discuss future areas of “potential engagement and cooperation” in economic relations, the environment, energy and civil nuclear cooperation, humanitarian aid, transport, science, and culture. Firstly, she reiterated the EU’s support for Iran’s bid to join the World Trade Organization (WTO). “We used to be Iran’s main trading partner and we are determined to take that position again,” said Mogherini. Secondly, she stressed the importance of making Iranian oil and gas a stronger component of Europe’s energy mix. This will not only help diversify and stabilize Europe’s energy security, she said, but offer crucial opportunities for European technology and expertise to facilitate the development of the Iranian market.

These diplomatic successes continued in July, when Mogherini met with Iranian Vice President Ali Akbar Salehi in Brussels to commemorate the one-year anniversary of the historic JCPOA agreement and reiterate the EU’s commitment to hastening the progress and its (expected) benefits. Dismayed that many European banks were still refusing to do business with Iran for fear of backlash from the US Treasury, Mogherini sought to reassure her Iranian counterpart—and European financial institutions—that they could and should engage with Iran. Most importantly, she announced the opening of a permanent EU delegation in Tehran.

A month later, this success was buoyed by the multi-city visit to Iran of Ségolí¨ne Royal, French Minister of Ecology, who promised strong French cooperation in combatting climate change in Iran—a problem that has begun to seriously affect much of the country. Traveling with senior business figures from French environmental and renewable energy firms, Royal promised her Iranian counterparts that France would work closely with them to resolve issues related to water shortage, pollution, and energy efficiency in Iran. She also addressed the failure of major French (and European) banks to start lending in Iran since the JCPOA took effect. “We will find a solution. Either we will work with non-French banks… or we will mobilize the public investment bank,” she mused. “Or why not the European Investment Bank?” Given the Paris Climate Agreement’s calls for investment in green technology, Royal said it was “completely contradictory” that Iran, a signatory of the landmark agreement, now cannot access the capital needed to do so. Though the US government has tried to reassure French (and other) banks they will not face prosecution for working with Iran, many have been wary ever since BNP Paribas was fined USD8.9 billion in 2009 by the US Treasury for doing just that.

Nonetheless, the crowning achievements of Iranian diplomacy seem to have come in September on the sidelines of the UN General Assembly. The first day President Rouhani was in New York, the US Treasury announced that it was finally granting licenses to Boeing and Airbus to sell passenger aircraft to Iran, the single largest trade agreement between the two countries since the creation of the Islamic Republic. A day later, Iranian Foreign Minister Zarif held the first ministerial talks with a Canadian counterpart, Foreign Minister Stephane Dion, since Ottawa severed diplomatic ties with Tehran in 2012. This led to the release from prison of Canadian-Iranian academic Homa Hoodfar, in the custody of the Revolutionary Guards (IRGC) since February 2016.

between Iran and the EU is up by 43%, European banks are working with Iranian counterparts for the first time in years, and sales of Iranian oil have nearly reached their pre-sanctions rate of 4 million barrels per day. As in much of the preceding year, Rouhani’s deft diplomatic achievements were celebrated in capitals throughout the Western world. So much so that his most powerful opponents seem no longer to be in Washington or Tel Aviv, but in Tehran.

Though referred to by many as the “Diplomat Sheikh” for his masterly negotiating skills, President Rouhani has also come under scrutiny in certain quarters for having too conciliatory an approach to the US. To be sure, the parliamentary elections in February were an unofficial referendum of sorts on the pace and progress of Iran’s diplomatic volte-face before the world. And though moderate and reform-minded candidates who back the president’s diplomatic policies received the single largest block of votes in both the preliminary and run-off elections (143 seats to the hardliners’ 86 of a total 290), certain leading government figures openly campaigned against Rouhani and his moderates on the grounds that their rapprochement with the West was undermining fundamental aspects of the Islamic Republic.

As if to bring these thoughts to life, the IRGC fired off several ballistic missiles on March 8 in a military drill in wanton disregard of UN Security Council resolutions to the contrary. The message was clear: whatever Rouhani’s popularity in Brussels and Washington—and no matter his parliamentary victories in February—he would still have to contend with forces in the government wary of moving too quickly. Thus the real question that arises in 2016 is whether or not the JCPOA will be a “one-off” engagement with the West.
To be fair, Khamenei repeated Ségolí¨ne Royal’s complaint that the US was dragging its feet in lifting banking restrictions and returning pre-1979 Iranian assets. But for the Americans’ bad cop, the EU’s good cop has ever been there: asked in New York if the IRGC’s firing of ballistic missiles would have any effect on reconciliation between EU and Iran, Mogherini said: “There are other political considerations I can make, but not related to JCPOA.”

Despite its diplomatic triumphs in the West, Iran has had a harder time convincing its neighbors of its prerogatives. Its relationship with Turkey has been repeatedly strained by both countries’ sharply opposing positions on the Syrian civil war, most recently by Tehran’s critical support for Baghdad’s plans to retake Mosul with largely Shia and Kurdish militias. Meanwhile, Iran’s ongoing rivalry with Saudi Arabia has only been exacerbated by unresolved tensions surrounding to the Hajj stampede of 2015 in which at least 464 Iranians lost their lives, to say nothing of the countries’ ongoing disputes in Syria, Yemen, and Lebanon.
Yet there have been regional successes. First is the flurry of trade deals Iran passed with Oman in 2016. A stalwart ally in helping get JCPOA passed—even serving as a secret conduit between US and Iranian authorities—Oman is now reaping the benefits of its loyal friendship through heavy Iranian investment there. This friendship will also tighten the Central Asian-Iranian-Omani trade nexus that Tehran has been pushing for under the Ashgabat Agreement since 2011, which hopes to greatly expand infrastructure and trade between the original four signatories, Iran, Oman, Turkmenistan and Uzbekistan, and two newcomers, India and Kazakhstan.

As Iran enters 2017, it does so on a soberly optimistic footing. Relations with the West are the best they have been in 37 years; trade with Europe is up by nearly 50%, and relations with the Russian Federation, the Central Asian republics, Armenia, and Oman could scarcely be better. Of the remaining threats to the country’s complete normalization with the world, two should come as no surprise. Namely, ongoing instability in the Middle East, and Iran’s role therein; and the threat of renewed American sanctions. Yet as a sage once said, all politics is local. Thus the third and possibly biggest impediment to bringing Iran back into the international fold. Rouhani will have to be many things to many people in the coming year.