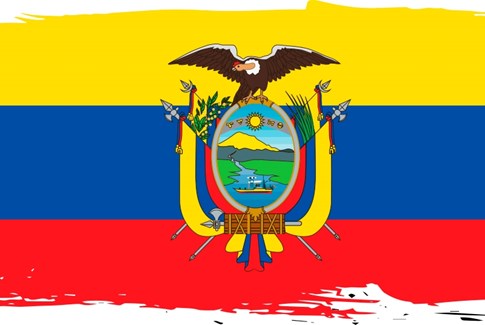 Share on:
The previous year, the administration had begun to implement its Plan Ecuador, a multi-faceted strategy designed to develop the northern border provinces of Esmereldas, Carchi, Imbabura, Orellana, and Sucumbí­os. These […]

The previous year, the administration had begun to implement its Plan Ecuador, a multi-faceted strategy designed to develop the northern border provinces of Esmereldas, Carchi, Imbabura, Orellana, and Sucumbí­os. These areas had experienced significant growth in the number of Colombian refugees settling in the area, driven out by the ongoing conflict. Their presence added to an already challenging situation in the impoverished region, and finding a resolution to this situation became a priority for the Correa government. Improving the social development of these provinces was a key element of the plan, but the critical consideration was diplomacy and an attempt to improve communication with neighbors.

Relations with Peru have been historically strained, but have bettered over the past two decades. Since 1942, the contentious border between the two Andean nations had been a subject of grave dispute, a conflict that culminated most recently in armed conflict during the mid-1990s. A peace agreement brokered by the US and guarantor nations Argentina, Brazil, and Chile came into effect in 1998, surmounting one of Ecuador’s most intractable regional diplomatic obstacles.

In terms of the region at large, Ecuador has been vigorously engaged in multi-lateral organizations. As an early member of the UN, it has advocated steadily on behalf of emerging nations and Latin America as a whole. In 2009, it held the rotating presidency of the Union of South American Nations (UNASUR). In addition it is a member of the Latin American Energy Organization, the Community of Andean Nations, and the Organization of American States (OAS).

Ecuador has joined the Pacific Alliance, the primary instrument for managing trade between Latin America and the wider world, as an associate member, which would allow it to participate in Free Trade Agreements (FTAs) with the founding states of Chile, Mexico, and neighbors Peru and Colombia. Separately, but no less significantly, it is keeping its options open by considering a full membership offer of the continent’s other most influential trade group, the Southern Common Market (Mercosur). Also as an associate member, the country is enjoying beneficial trade regulations with the group, the members of which are closer in ideology to the government than those of the Pacific Alliance.

President Rafael Correa’s immediate and indignant response to the Andean crisis was typical of a leader who has embraced an active and outspoken diplomatic policy since his election in 2007. In the wake of the incident, representation in the embassies of Quito and Bogotá were recalled, and soon Ecuador’s close regional and ideological ally, Venezuela, became involved in an act of solidarity. Despite a build up of military forces in border regions of Venezuela and Ecuador in apparent anticipation of more incursions, the situation was resolved over time as Colombia apologized for the action. Ecuador contributes much to a number of regional groups, but also receives the benefits of these countries’ support. It was the involvement of the Rio Group that resulted in the resolution of the crisis at a summit in the Dominican Republic. A conciliatory policy was adopted by all sides, and, in October 2009, full diplomatic relations were restored.