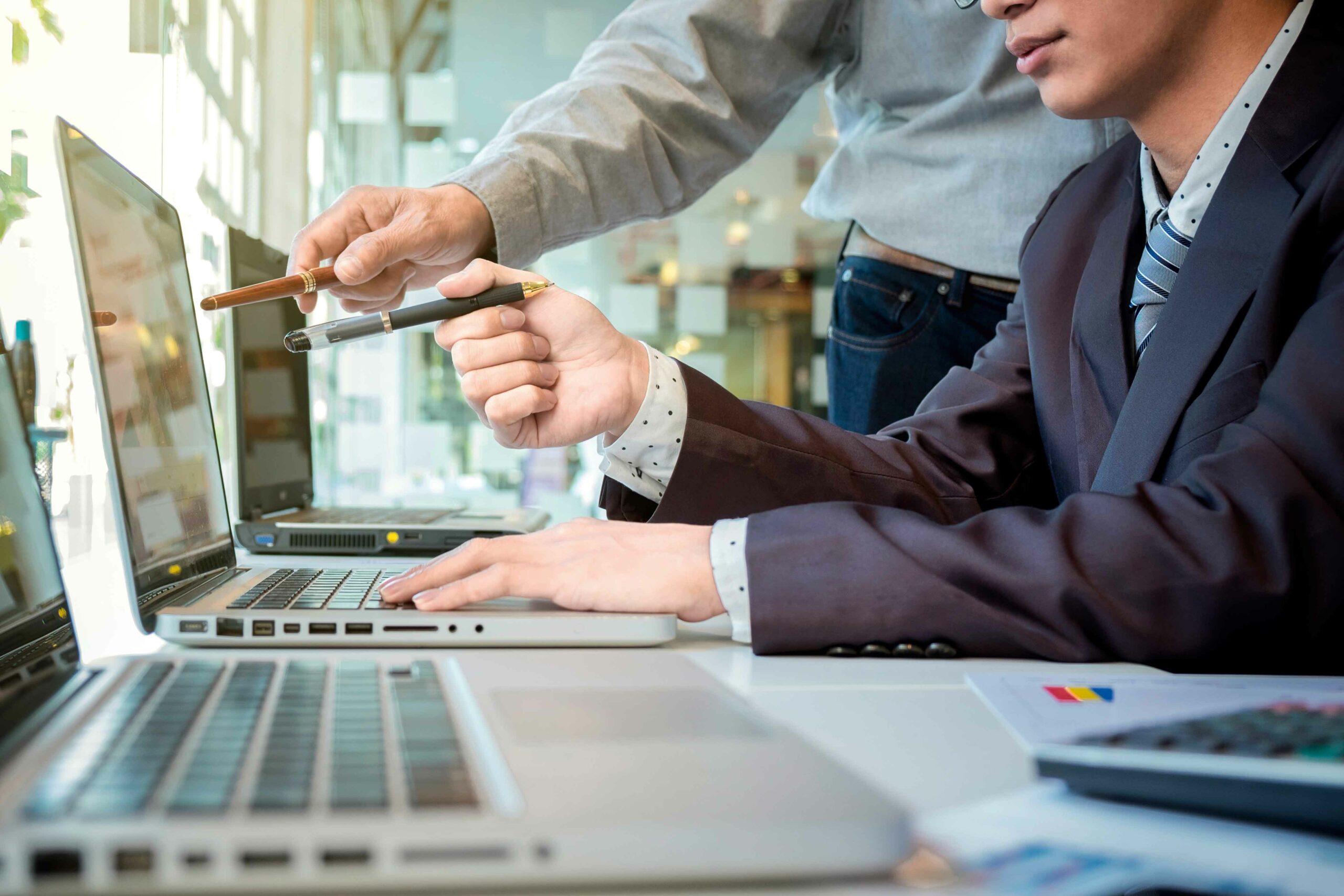 Share on:
Saudi Arabia continues to hold the title of the highest-spending IT market in the Middle East. In 2017, IT and telecoms spending is expected to reach USD7.4 billion and USD34.1 […]

Saudi Arabia continues to hold the title of the highest-spending IT market in the Middle East. In 2017, IT and telecoms spending is expected to reach USD7.4 billion and USD34.1 billion, respectively. As of mid-2106, 21 million people, or 65% of the country, used the internet, with 3 million of them fixed broadband subscribers. However, mobile penetration rates suggest that most Saudi Arabians access the internet via smartphone devices, as subscriber numbers stood at 48 million people in late 2016. Prepaid subscriptions constitute the majority of mobile use at 82%.

At the same time, 3.5 million people were subscribed to fixed-line telephone services. According to local press, the telecoms market was set to generate revenues of USD19 billion by the start of 2017.
The Kingdom’s ambitious economic reform plan includes targets that are bound to stimulate investment in telecoms and IT, such as the aim of doubling the contribution of IT and telecoms to 2.3% of non-oil GDP by 2020.

To make that happen, the government has continued spending heavily on the sector. In 2015, the government invested nearly USD14 billion in IT, more than any other country in the GCC. In a move to centralize expenditures on an array of service systems, the government has teamed up with local ICT solutions-provider Jawraa, a company that announced its intentions to build a fully localized data cloud over the coming years. This initiative, among a variety of other localized digital transformation objectives, will feed into the government’s strategy for creating 500,000 new jobs, many of which are expected to be technology based. In tandem, international tech firms are entering the Saudi marketplace at a rapid pace, activity that is certain to drive job creation, increase competition, and raise the quality of services and products.

The Communications and Information Technology Commission (CITC) is the regulator of the sector, an entity tasked with providing advanced telecoms services at affordable prices, promoting and encouraging fair competition, ensuring effective and interference-free usage of frequencies, developing telecoms technology that keeps pace with the Kingdom’s growth, maintaining transparency, enforcing the principles of equality and non-discrimination, and safeguarding both public interest and the interests of users and investors.

The largest and most valuable telecoms brand in the country is Saudi Telecom Company (STC). In 2017, the company moved up to 252nd place in Brand Finance’s “most valuable brand“ rankings. The company also held on to its ranking as the number-one brand in the Middle East. Meanwhile, the company’s brand value rose 11% in 2016 to reach USD6.2 billion. Local sources attribute the increase in value to STC’s fresh marketing campaigns, which engage stakeholders and customers in a more personable and human way.
However, STC is also taking concrete steps to expand and improve its operations in Saudi Arabia. In May 2017, STC signed an agreement with the government of Saudi Arabia to provide high-speed, fiber-optic broadband services throughout the Kingdom. The project is expected to cost around USD2 billion and will connect 1.3 million housing units to the grid.

The firm has also announced plans to set up a USD500 million venture capital fund in 2017, with the aim of supporting and investing in startups around the Kingdom. The fund will be a key contributor to Saudi Arabia’s promotion of SMEs, as well as promote an increase in digital infrastructure and the expansion of the country’s technology industry base. “The fund will invest globally in promising technologies and digital sectors, especially in areas where the company can tap into its assets and infrastructure and help it enable its investments to grow,” Khaled al-Biyari, CEO of STC, told local press. This international move comes after STC’s purchase of a further 25% of Kuwaiti telecoms provider, Viva, giving the Saudi Arabian company a majority stake of 51.8%. As well, STC formed a managed services partnership with Cisco to upgrade and improve its network. The agreement is expected to continue through 2020.

Although holding over a 50% market share, STC faces several growing competitors in the telecoms sector. Zain Saudi Arabia and Mobily, two other large ICT providers, are estimated to hold just under 25% of the market each. In late 2016, the Saudi Arabian government planned to award unified licenses to Zain Saudi Arabia, Mobily, and GO Telecom, which would allow the smaller operators to offer fixed-line telephone services for the first time, whereas previously only STC had been permitted to offer such services. Following STC’s lead, Zain Saudi Arabia also started an agreement with an international ICT company in 2017, choosing Ericsson for a five-year deal to upgrade its equipment and service standards.

IT companies in Saudi Arabia wear many hats, not least of which is acting as consultants and catalysts for the overarching digital transformation that is well underway. To make the transformation complete, as well as reach both the 2020 and 2030 national goals, local and global IT players are focused on job creation, educational program development, advanced technology implementation, and the establishment of sophisticated infrastructure.

Cisco Saudi Arabia is leading the charge by working closely with the government. “The consultative role we have in our partnership with the Saudi government is based on our longstanding collaboration with Saudi businesses and public sector entities, organizations, and stakeholders,“ Haytham A. AlOhali, General Manager of the company, told TBY. Since its arrival in the country, Cisco Saudi Arabia has created a network academy program that has educated up to 82,000 students at 90 institutions around the Kingdom. “There are also other efforts that we are working on in partnership with the government around incubators and accelerators, to help develop the startup and entrepreneurial ecosystem in Saudi Arabia,“ AlOhali added. By demonstrating a commitment to the advancement of the country in parallel with the growth of its operations, Cisco Saudi Arabia has come to be recognized as a responsible and sustainable force in the local IT sector. Its activities precipitate relationships and partnerships between governments and enterprises, and with a little over 20 years of history in the region, Cisco considers itself “part of the fabric of community and of the technology industry.“ Recently, the government commissioned the company to digitize 10 segments of local development, including healthcare, smart cities, education, energy, and cyber security. “There are several other domains that we are exploring, and which we are working on demonstrating the value that digitization would bring to them,“ AlOhali concluded.

Following a similar model, Siemens operates guided by its motto, “What is important to Saudi Arabia, matters to Siemens.“ The company, which first arrived in the Kingdom nine decades ago, employs over 2,000 people in Saudi Arabia and prides itself on the capabilities of its largely localized workforce. In order to build up human capital in the country, Siemens has introduced its own unique curriculum to the education sector, offering a program in mechatronics. “This internationally accredited program is rooted in the German dual-education system. The curriculum applies a ‘systems approach’ toward managing the electrical, mechanical, and IT aspects of increasingly connected energy, transport, and manufacturing infrastructure,“ Arja Talakar, CEO of Siemens in Saudi Arabia, explained to TBY. By remaining deeply engaged with its local partners, the company is producing leaders and vocational managers, many of whom go on to work at Siemens sites around the world.

In 2017, General Electric signed MoUs for the sale of USD7 billion of GE technology to Saudi Arabia, as well as for the training of Saudi Arabian citizens in cloud-based data skills and expertise. The agreement is also expected to impove efficiency in manufacturing, mining, and oil and gas. The nation’s hydrocarbons giant, Saudi Aramco, told local media that it expected GE to create 250 more high-tech jobs, specifically for Saudi Arabians.

SAP has shifted its focus in Saudi Arabia from educating the market on the importance of technology toward promoting technology acquisition and adaptation according to specific business needs. “There is a clear connection now between technology transformation and economic diversification; the digital economy is in a mature stage in Saudi Arabia,“ Ahmed Al Faifi, Managing Director of Saudi Arabia, Bahrain, and Yemen for SAP, told TBY. To support this new era for technology in the Kingdom, SAP has created a platform that provides solutions with a localization team that adheres to regulations, erasing the need for the authorities to supervise activity. “We created a co-innovation center to allow a space for companies to build solutions together along with SAP; and we have opened the platform for the rest of the IT community so that they can give their ideas and help us,“ Al Faifi emphasized.

Local operator Jawraa has also searched for opportunities to support the government in its technological agenda. To complement the Ministry of Education’s plan to provide tablets to every child in Saudi Arabia—roughly 6 million tablets—Jawraa CEO Yasser Al Obaidan saw a vision to manufacture the tablets locally. “The plan called for contracting the tablets through a foreign manufacturer, but we believe that the best thing to do in this case was to develop a domestic manufacturing capacity so that value could remain in the country,“ Alobaidan told TBY. “This would have myriad positive impacts on the Saudi economy while creating an infrastructure that could continue to pay dividends into the future.“ The company estimates that by establishing a local tech manufacturing industry, GDP could increase by up to 1%.

The digital transformation comes into play in the finance sector as well. Biometric verification and iris-scanning technology are two new methods available for Saudi Arabian banks to enhance the security of their operations and ease of use for their customer base. In addition, part of the 2030 vision is to completely move to an electronic payment system that would limit the need for circulated cash.