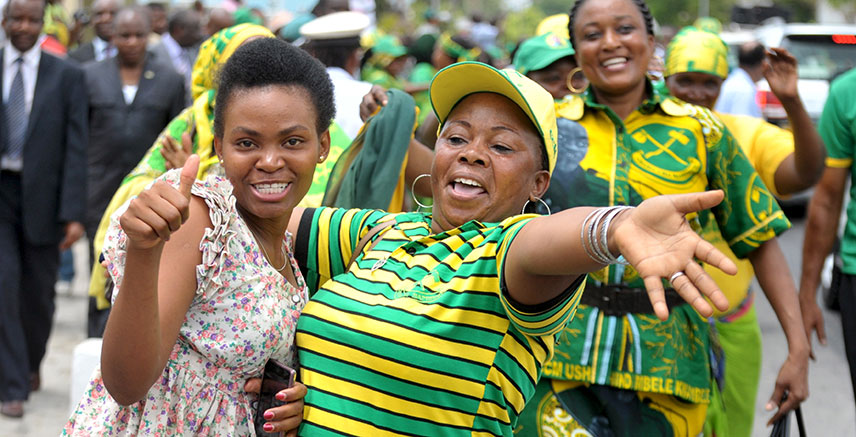 Way Down in the Hole

Tanzania cracks down on mining industry

Share on:
The seemingly endless tension between Acacia Mining and the Tanzanian government has reached new highs.

By far the biggest gold and copper producer in Tanzania, Acacia Mining, has found itself in a difficult position yet again. After the state banned exports of its production last March, two parliamentary reports have solidified the position of those that accuse the company of malpractice.

The situation is escalating quickly.

President Magufuli has been speaking strongly of a crackdown on corruption, with a number of high-ranking officials being sacked of late.

Those charged with the oversight of the sector oversight that were seen as underperforming have been moved and the administrative structure has been overhauled.

Much of the president’s attention has been falling on extractive industry sector in recent months.

In May, a first report on Acacia’s operations by a committee nominated by the president indicated that the firm had under-reported its copper and gold production volumes to be ten times less than the real figure, and that it had been doing so for decades.

This led to the sacking of the minister of Mines and Energy, Professor Sospeter Muhongo.

This second report now further challenges Acacia’s position, accusing the company of evading taxes, under-declaring gold exports, failing to report some metals, and operating in the country without a certificate of registration.

It also indicated that the company could have defrauded the state to the tune of tens of billions of dollars.

The report goes further by noting the Tanzanian government had lost USD48.26 billion in untaxed gold exports and around USD84 billion in copper exports since 1997 through similar malpractice across the mining sector.

Acacia first started operating in Tanzania in 2001 at its North Mara mine, the most profitable of its three mines in the country. Since the export ban in March, the company is said to be losing USD1 million a day in non-materialized sales, but has lost much more on the stock market where its value has fallen by 50% since August 2016.

The mounting pressure on the company, which worsened on Monday following the release of the report, has motivated a reaction from the company’s higher administration, in this case Canadian Barrick Gold’s Chairman John Thornton.

Barrick Gold is a majority holder in Acacia Mining with 63.9% control over the company’s operations in Tanzania, formerly known as Africa Barrick Gold.

John Thornton announced that Barrick Gold would negotiate with the Tanzanian government to try to find a resolution for the problem. This Wednesday, Thornton met with president Magufuli in Dar es Salaam, and, according to communique from the presidency, “repented” for the company’s actions and would “repay all the losses” that Tanzania had incurred.

The company has not yet corroborated this, and the extent of the losses experienced by the state were not clarified.

The report recommended that part of Acacia’s mines were repossessed by the Tanzanian state, but it is also unclear whether or not Magufuli will push for that.

What is clear is that the relationship between the mining industry and the Tanzanian population, a historically antagonistic one, will only further deteriorate as a result of this event.

Though 2017 has been a particularly rough year for Acacia, things have hardly ever gone smoothly for the company in Tanzania.

Around 10,000 people had to be relocated after the opening of the North Mara mine in 2001. Over the years, reports of brutality perpetrated by the company’s private security contractors, including accusations of rapes, beatings, and even killings, progressively tainted the company’s reputation within the country.

When a river was contaminated by the company’s activities in 2009 18 people lost their lives.

However, the final straw in the eyes of the state is Acacia’s fiscal record.

Last year, the company was forced to pay USD41 million in withheld taxes after it was found guilty of tax evasion and fraud between 2010 and 2014.

This comes on top of constant accusations over the decades that mining companies, with their own airstrips and planes, skim off the true volumes of minerals they extract at considerable financial cost to the people of Tanzania.

Without a doubt, Acacia will find little pity and understanding from the Magufuli administration if found guilty of malpractice, although it is still uncertain how these events will pan out.

Mineral exports represent over 20% of the Tanzania’s overall exports, and the ban on exports of non-processed minerals is set to have a negative impact on the economy.

The government is, however, trying to push the operating companies to install processing facilities in the country in order to move up the value chain.

Magufuli has also stated the desire to have internationally listed companies mining in Tanzania to be at least partially listed in the Dar es Salaam stock exchange.

All this makes for tense times between Acacia and the government, a long-standing low-intensity conflict that has escalated for now and could either subside, as in the past, or explode.

How has Qatar Foundation helped shape the human capital of the nation?

Doha will capitalize on the legacy of the World Cup to transform itself into a MICE tourism hub.

Qatar has achieved one of the highest levels of food security in the world.

Looking for an Equal Standing