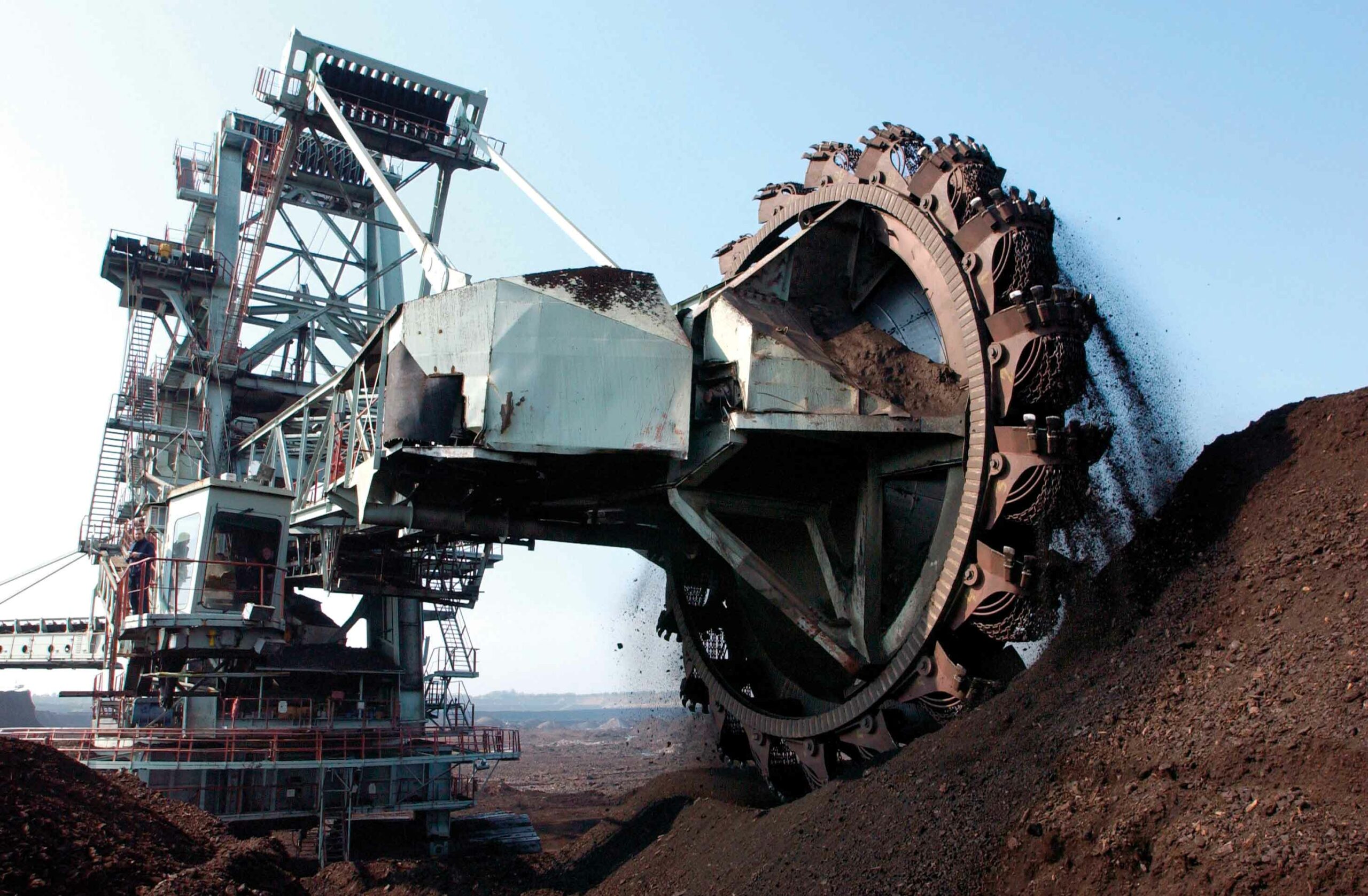 The clock is ticking for Malaysia’s energy sector. The country has only 33 years remaining of adequate natural gas reserves, and just 19 years of oil at its disposal, before replacement sources, currently peripheral, must become properly mainstream. Thanks to a zippy economy, demand is ever on the increase: consumption has doubled in five years and is set to do so again within just three years. This is placing a big onus on so-called alternatives, the combined contribution of which is currently just over 13%. Thankfully, Malaysia is well positioned to adopt renewable technologies on a much bigger scale.

To keep up with demand, the country’s electricity generating capacity is increasing by at least 3% every year (capacity increased 20% between 2000 and 2009). Tenaga Nasional Berhad (TNB) predicts that demand will reach 20,668 MW in 2020. Electricity in Malaysia is primarily generated from burning fossil fuels: oil (crude and petroleum), natural gas, and coal form the bulk of the country’s power. By 2012, natural gas had become the most important source, generating 38,648 kilotons of oil equivalent (ktoe). A burgeoning population coupled with the fast developing economy has meant that demand for electricity has almost doubled since 2005. The Malaysia Energy Information Hub (MEIH) puts demand at 134 billion kWh for 2013. Oil, gas, and coal sources formed a remarkable 93.10% of the total energy production in 2011, just shy of 2010, which saw the highest fossil-fuel dependency of 50 years, at 93.80%

While the economy in 2015 is increasingly diversified, the lion’s share of demand still stems from industry. Manufacturing and industry accounted for 45% of total demand in 2013. Commerce and residential use clocked up 21% and 33% respectively, according to data from the US Energy Information Administration.
The country is moving in the right direction, but change (and investment, including FDI) must pick up markedly over the next 10 years. In 2012, natural gas fulfilled 36% of Malaysia’s energy needs; petroleum and oil, 40%; coal, 17%; biomass and waste, 4%; and hydroelectricity, 3%. In 2015, the picture had somewhat altered. In 2013, electricity from fossil fuels accounted for a whopping 87.6% of the country’s total output capacity, while hydroelectricity, generated from dams, made up 11.6% (2013 est.). Hydroelectricity at present offers the clearest picture of Malaysia’s future energy mix—other renewable sources currently contribute only 0.8% to the country’s overall output.

The Department of Electricity and Gas Supply oversees the country’s energy sector, and is charged with implementing its reform and diversification over the coming years. The country is, then, increasingly looking to sustainable energy as the key to future supply.

The Sarawak region is something of a pioneer for renewable energy. Sarawak Energy oversees the region’s renewable energy uptake, and the company’s current mix consists of 75% hydroelectric. As Datuk Torstein Dale Sjotveit, CEO of Sarawak Energy, explained in an interview with TBY, “In the future, we are looking at a system mix of 60% hydro, 20% gas, and 20% coal. We feel that we have a very sustainable generation mix portfolio.”
Sarawak is notable also for its official state development agenda, the Sarawak Corridor of Renewable Energy, or SCORE. SCORE’s mission is to see Sarawak’s GDP rise five-fold by 2030—and puts clean and renewable energy at the heart of this vision. As Datuk Torstein Dale Sjotveit explains, adopting “renewable and affordable energy attracts energy intensive industries, especially in Samalaju, which is one of the main platforms for creating a stronger economy for Sarawak and its people.” For the most part, the focus, in SCORE and elsewhere across the country, is almost entirely on hydro-power. Other renewable sources remain marginal at best.

Perhaps surprisingly, biofuels such as biodiesel so far play a very minor role in Malaysia’s energy matrix—the country is one of the world’s leading producers of palm oil, a key ingredient for biofuels.

However initiatives by the Sustainable Energy Development Authority of Malaysia (SEDA), a statutory body formed under the Sustainable Energy Development Authority Act 2011, has led to renewable sources of energy increasing due to the feed-in tariff (FiT) mechanism. SEDA exists to “advise the government on all matters relating to sustainable energy.” And the FiT incentive is at the heart of its activities. FiT is a program of guaranteed price matching for renewable energy. In other words, SEDA offers grid-supplied renewable energy that is cost-effective for the consumer—and is an incentive to move off the traditional supplies derived from fossil fuels. The renewable energy is distributed via designated licensees, who together guarantee the FiT mechanism and its role in sustaining renewables’ growth in the sector.

The system provides for FiT approval holders, which can be individuals or companies, will be eligible to invest in renewable energy sources such as solar power that can then be sold to the electricity grid. Aside from alternative energy outputs such as hydroelectricity and solar power, biomass and biogas as sources of energy have also been increasing through SEDA’s initiative.

For good or ill, coal is a major player in the country’s future energy plans. The seven coal-fired power stations or generation plants together burn more than 23 million tons of coal—a figure that is set to rise to 37 million tons by the end of 2020. Coal-fired electricity is thus forecast to rise from 33% of the total production today to 42% in 2020. More than 70% of Malaysia’s coal comes from Indonesia, with Australia supplying 19%, and the remainder from as far afield as South Africa and Russia. This growing dependence on so vital an import is troubling, as any interruption to supply would have an immediate impact on the economy, and would risk undermining investor confidence. With supply plentiful and stable, Malaysia imported coal at a steady $74 per ton in 2014. But this stability is by no means assured. And nor does coal’s expansion sit comfortably with the country’s mission to shift to an altogether cleaner energy matrix. Already, a relative shortage of liquefied natural gas (LNG) threatens to push up prices as demand worldwide (already nudging 1.3 billion tons in 2015) picks up.

In 2014, Mitsui & Co, Japan’s second-largest trading company, announced it is to finance and operate a $3.3 billion coal-fired power plant in partnership with Tenaga Nasional Berhad. The plant has a planed capacity of 2,000 MW and is due to begin generating power in 2018.

Malaysia has an advanced network of 12 hydro-electric power stations and five hydro-electric dams. Together they provide a platform for the country’s future energy needs, and much rides on their effectiveness and expansion. A major project to come onstream in 2016 is the Hulul Hydroelectric Project, 50km west of Kuala Terengganu. Construction began on the dam in 2010, with a budget of $2.4 billion, and was overseen by the Tenaga Nasional Berhad, the largest electricity company in Malaysia.
It is the Bakun Dam, at 205 meters high and completed in 2011, that trumps all, however. Built around the second-highest concrete wall in the world, the dam is the largest in Asia outside mainland China, and can generate 2,400 MW of electricity at full flow.

Green energy has considerable potential in Malaysia. With hydropower already wholeheartedly embraced, what of the alternatives? There are several to choose from. Located just 1 to 6 degrees north of the Equator, Malaysia is blessed with an average of six hours of sunshine each day, with obvious potential for solar energy.
The country’s blanked of tropical rainforest could supply untold quantities of biomass. But turning to virgin jungle, even for dead plant matter, would be ecologically damaging. An obvious, and oft-mooted, area for development is palm oil. The country produces around 18 million tons of palm oil each year, the vast bulk of which is exported. Palm plantations cover around 15% of the country and these also produce a viable by-product in the form of waste, or biomass: fibers, branches, leaf matter, and bark are all potential waste products that could be used for combusion. By some estimates, the methane from palm oil processing has the potential, if captured correctly, to generate 20% of the country’s electricity in just the next five years.
The government is now on target to reach 5.5% renewable energy in the country’s generation mix by 2016. However, much more must be done to shift the country from its long-standing reliance on fossil fuels and on to a cleaner platform for tomorrow.