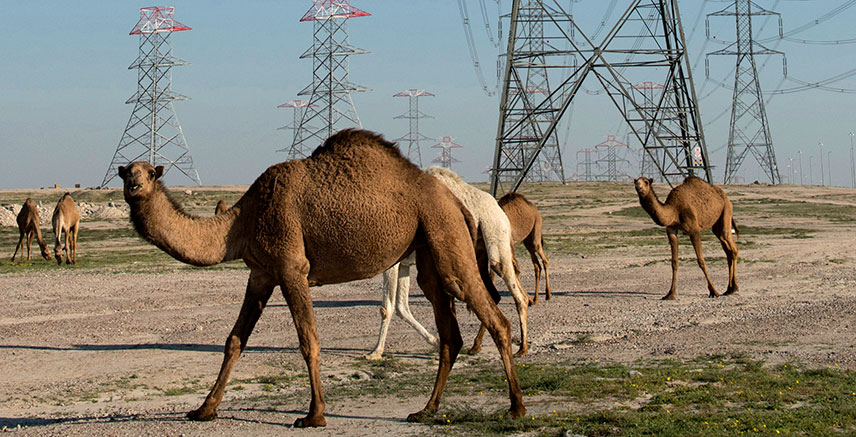 Share on:
With GCC countries pushing for alternative energy sources to reduce their dependence on oil, the recent opening of Kuwait's first solar power plant marks a milestone in the country's diversification of energy resources.

In July 2016, a 54 degree Celsius record catapulted the Northern Kuwaiti town of Mitribah into the annals, as the border town recorded the highest temperature ever recorded on Earth since records began. Despite its sizzling spells of hot weather and continual gales, Kuwait’s harsh climate has nonetheless opened a window of opportunity to reduce the country’s oil dependence.

With an eye toward Kuwait’s abundance of natural resources, most notably solar and wind, it was during the 2012 UN Climate Change Conference when HH Amir Sheikh Sabah Al-Ahmad Al-Jaber Al-Sabah heralded the dawn of Kuwait’s “renewable age.” Envisaging renewables accounting for at least 5% of Kuwait’s energy requirements by 2020, as well as at least 15% by 2030, the government has been under immense pressure to diversify its oil-based sources of energy.

Between 2014 and 2015, Kuwait’s renewable energy consumption increased by an impressive 36.9%, according to BP, though total consumption is less than 50,000 tons of oil equivalent.

As Kuwait continues to move toward its ambitious 2030 energy goals, renewable and alternative forms of energy will become increasingly important. In an exclusive interview with TBY, Abdullah A. Al Mutari, CEO of EnterTech Holding Company, explained the importance of green and renewable energy for Kuwait’s future. “If Kuwait does not adopt energy-efficient policies and renewables, climate change will have a drastic impact. Kuwait’s temperature is reaching record highs and the highest temperature in the world was recorded in Kuwait in July 2016,” said Al Mutari. “The temperature cannot be 60 degrees outside and 16 degrees inside homes.” Firms like EnterTech are trying to reshape the energy landscape of Kuwait, creating an energy economy and infrastructure that relies on renewable sources, and clean-tech requires a change in the way energy is understood and approached.

According to the Ministry of Electricity & Water (MEW), electricity consumption is not only increasing by an average of 7% per year but is even expected to double to 30,000MW per day by 2030. This is not only due to Kuwait’s population growth, but also because of heightened energy requirements in light of large-scale housing and infrastructure projects.

Al Mutari sees a correlation between consumption and lifestyle: “We do not want to compromise comfort. We live in a hot climate, but the behavior has to change. One example is that we leave lights on all the time in this country; people do not understand that it takes more energy to leave the lights on than to run the water.”
Kuwait’s USD600 billion sovereign wealth fund, the Kuwait Investment Authority (KIA), established the National Technology Enterprises Company (NTEC) in 2002 to induce transfers in renewable, life science, and information technologies to Kuwait and the region. Particularly, NTEC’s clean-tech subsidiary, EnerTech, has become the private sector’s forerunner in achieving the government’s 2020 and 2030 renewables objectives. For instance, by acquiring equity in Canada-based tech company Morgan Solar, EnerTech managed to bring photovoltaic technologies to Kuwait. NTEC’s subsidiary also invested in Dubai-based Kinetic Renewables, which develops and manages renewable products.

In an interview with TBY, Nader Sultan, the former CEO of the Kuwait Petroleum Corporation and Chairman of Ikarus Petroleum, also underlined the stability of renewable energy companies’ stocks; “One signal is that renewables are becoming very competitive. Even at lower oil prices, the other signal is that renewable companies are actually making money. You used to hear about solar companies going bankrupt, but now it is going back, and we are trying to monitor this is in the GCC and MENA.”

Most importantly, however, the financial stability of solar companies and transferal of renewable technologies to Kuwait has been facilitated by legislative reforms on public-private partnerships (PPPs) and FDI. In fact, these laws have enabled foreign companies to become part of Kuwait’s “renewable age” from the very beginning.

In 2015, Spanish solar pioneer TSK won a KWD120 million bid to develop Kuwait’s first solar plant in partnership with Kharafi National at Shagaya Renewable Energy Park. The flagship of the government’s clean-tech strategy, the energy park’s first phase is due for completion by the end of 2017 and will accommodate nearly 40sqm of photovoltaic, solar plants, and wind turbines. Managed by the MEW and the Kuwait Institute for Scientific Research (KISR), the park is expected to produce 70MW after Phase I, and increase to 2GW after the completion of Phase III by 2030. However, Kuwait will already have laid a crucial foundation in solar energy advances, as the 60MW Al-Abdaliyah Integrated Solar Combined Cycle (ISCC) will be commissioned by 2018.
Although solar energy constitutes the primary renewable source of energy, Kuwait does not fall short on its investments in wind power. In proximity to the future Shagaya clean-tech powerhouse, the 2.4MW Salmi Mini-Wind Farm was established to explore the efficiency of small wind turbines.

The country’s devotion to energy efficiency does not stop with power generation. Kuwait is quickly becoming a pioneer in the region of building environmentally friendly buildings for use in both the public and private sectors. For the past seven years Kuwait has hosted its own Green Building Conference and Exhibition, bringing together those involved at all stages of building development projects, like architects, contractors, town planners, and equipment manufactures, as well as the necessary landscape architects. The gathering offers workshops on LEED certification and the importance and necessity of building green, and also features speakers leading in their fields and pioneering the energy-efficient development of the country’s buildings and public spaces. The benefits of green buildings are evident; according to the US Green Building Council, energy- efficient buildings, on average, use 26% less energy, have a 13% lower maintenance cost, generate a 27% higher occupant satisfaction rating, and emit 33% less greenhouse gases.

Kuwait’s devotion to environmental friendliness has even made its way into grade school. The Kuwait Environmental Protection Society (KEPS) holds an annual Green Schools program, in which more than 100 public and private schools participate. The program brings students to science lectures, workshops, field trips, and activities that teach them about the importance of maintaining a healthy environment. Recent topics have included water scarcity and quality, Kuwait’s flora and fauna, the impact of climate change on the country, and birds and their natural habitats.

The scope of these projects illustrate Kuwait’s commitment to a more sustainable basket of energy sources, and stakeholders across the country are confident that these projects are just the beginning. Leaders from private industry are optimistic that Kuwait’s efforts will catalyze a renaissance in not only energy policy, but in energy perception as well.