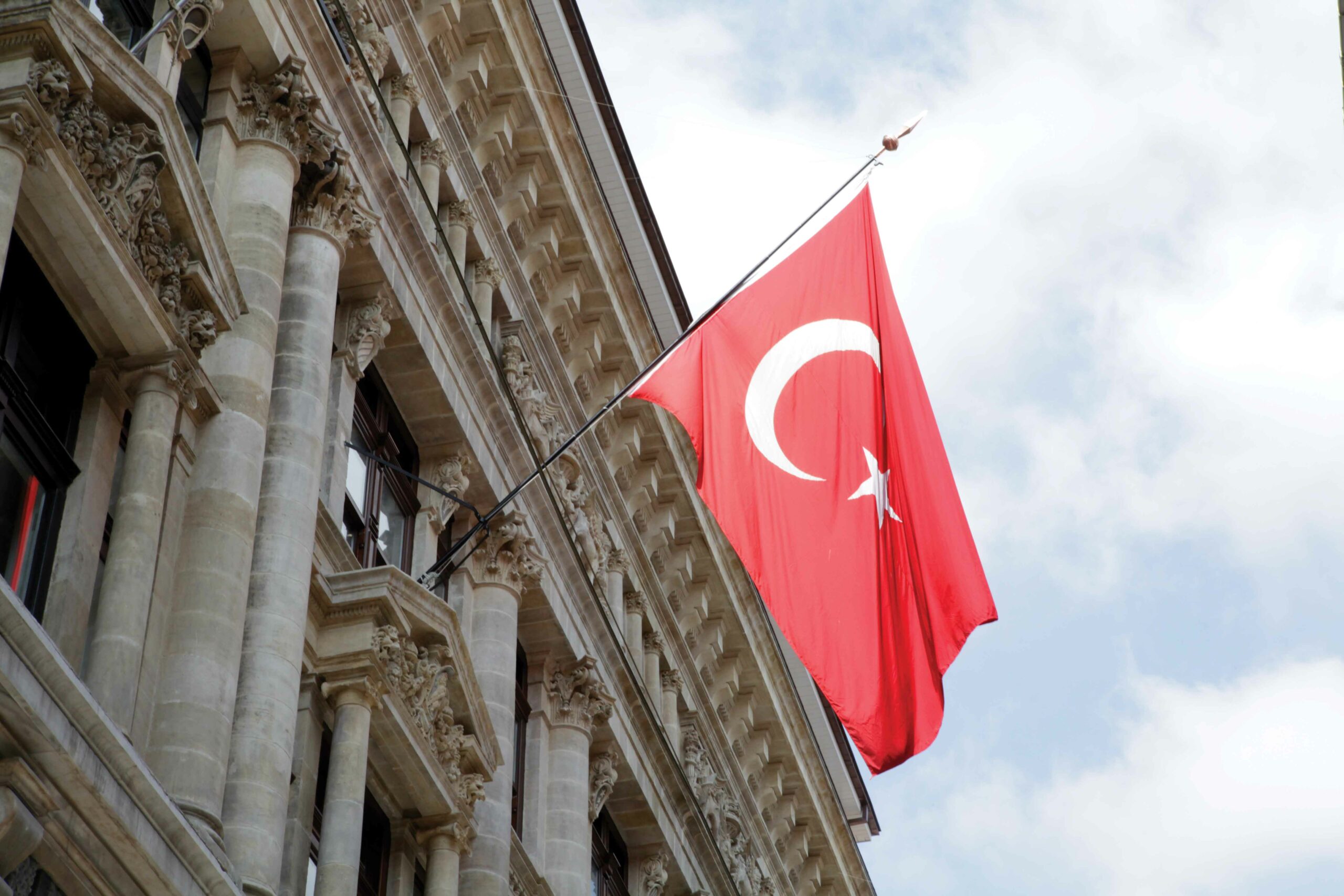 Share on:
Turkey is heading back to the polls following the failure of any one party to secure a majority in the June general election and the subsequent collapse of coalition talks.

When Turkey headed to the ballot box in June, the ruling AK Party was expected to maintain the majority it had held since it first swept to power in 2002. However, a surge in support for the Kurdish People’s Democratic Party (HDP) meant the AK Party won 18 seats fewer than the 276 required for a majority, with 40.87% of the vote. With Turkey then facing the prospect of a coalition government, the turbulent 1990s and its myriad of failed political affiliations still fresh in the collective memory, a series of talks began between the AK Party, the Republic People’s Party (CHP), the Nationalist Movement Party (MHP), and the HDP. The CHP, with its power base in more liberal western urban centers and the Aegean provinces, garnered the second highest vote count at 24.95%, followed by 16.29% for the MHP, which has won popularity with nationalists opposed to rapprochement with the separatist element of the Kurdish population, and the HDP, which claimed 13.12% on an upsurge in support, passing the controversial 10% election threshold for the first time, having, in previous elections, entered independent candidates that then formed a political bloc in parliament.

None of the parties, however, managed to thrash out a deal with AK Party leader and PM Ahmet Davutoğlu, who had been granted a mandate to enter into coalition talks with the aim of forming a government by President Recep Tayyip Erdoğan. Talks faltered on several issues, including the Kurdish peace process, foreign policy, education, and the role of the president, with August then seeing an altogether collapse of a ceasefire between the state and the PKK, a Kurdish group that has been waging an insurrection in the south east of the country for 40 years and which is branded a terrorist organization by Turkey, the EU, and the US. With any hope for a coalition thus extinguished, snap elections were called for November 1, with President Erdoğan asking PM Davutoğlu to form an interim government

But with polls suggesting that the outcome of fresh elections will unlikely yield a significantly different result, coupled with expectations of an impending interest rate hike by the US Federal Reserve, an air of uncertainty shook the lira over August, the currency falling to a record 3.0031 against the dollar on August 20th. The country thus enters unchartered territory, the AK Party’s conundrum only adding to calls from within the party to adopt a presidential system, long an ambition of President Erdoğan. Erdoğan, formerly AK Party head and PM, is the first Turkish president to have been elected by popular vote, claiming 51.79% in the August 2014 president election. Previous presidents had been appointed by parliament. This reality has encouraged Erdoğan to be a far more active president than his predecessor, fellow AK Party founder Abdullah Gül, citing his public mandate as justification. Indeed, heading into the June elections, the AK Party targeted 330 deputies, the amount required for the party to re-write the constitution, thus cementing the president’s increased powers in law without the need for opposition support. Failure to obtain the required number of seats in June, then, not only means that the future of Turkey’s parliamentary system remains hazy, but also commits the country to its current constitution for the foreseeable future. Drawn up in 1982 in the aftermath of a military coup d’état by a military junta headed by Kenan Evren, who went on to be president for seven years, the constitution is widely seen as a relic of a brutal part of Turkish history. Indeed, one way or another, its re-writing is likely to be on the agenda whatever the result post November 1.

Turkey’s “zero problems with neighbors” foreign policy, spearheaded by then Foreign Minister Ahmet Davutoğlu, is somewhat of a distant memory. Everything had at once seemed rosy, the government having sought to boost trade relations in the Middle East following the global economic crisis of 2008, which saw exports to the EU tumble as downturn struck the bloc. This even culminated in the removal of visas with neighboring Syria. Fast forward to 2015, however, and Syria is in the midst of a four-year civil war, over which it would be a gross underestimate to say that the Turkish government has fallen out with President Bashar al-Assad. And in northern Syria, as well as across the border in Iraq, the government has also become increasingly uncomfortable at the presence of organized Kurdish military forces, including the People’s Protection Units (YPG) in Syria and the forces of Iraqi Kurdistan opposing ISIS, due to their supposed affiliation with the PKK. This is to say nothing of ISIS itself, which on July 20th carried out a bombing in the Turkish town on Suruç, killing 33 activists who were planning to cross the border to the besieged Kurdish town of Kobane in northern Syria. The attack resulted in an escalation between Turkey and ISIS, with Turkey agreeing to open its Incirlik airbase to use by US jets, as well as renewed clashes between Turkish security forces and PKK militants.

And while EU accession talks appear to be on ice, Turks are at least hopeful that a deal that entered into force in late 2014 allowing EU countries to send illegal migrants back to Turkey will result in visa-free travel to the EU for Turks. Turkey has also tightened its cooperation with police forces across Europe in order to stem the trickle of wannabe militants to and from ISIS territory in Syria via Turkey, a reality that is only likely to strengthen arguments for better access to EU countries by Turkish citizens. Negotiations are set to begin in three years.

All eyes will now be on the November 1stelections. Come November 2nd, however, and investors could be left still scratching their heads, wondering what to make of the country’s unique political deadlock. But with the main opposition parties and the AK Party seemingly unwilling to agree on terms over a potential coalition in the post June election environment, it’s hard for observers to predict what will happen should the AK Party fail to secure a majority in November. Either way, the impact of any potential outcome will be substantial for the future of the Turkish economy and the country’s foreign policy.

MAKE YOURSELVES AT HOME

Syria has been in a civil war since March 2011, which has led to a significant exodus of refugees to its neighboring countries. Turkey had 1.55 million registered Syrian refugees by the end of 2014, but many more are assumed to be in the country. Turkey has an almost open-door policy for Syrians and has been supporting refugees at a series of modern refugee camps.The refugee camps represent a significant cost for the Turkish government, and by May 2013, the government estimated to have spent around $1.5 billion. Since then, more camps have opened and Turkey now has over 20 camps near its 500-mile long border with Syria. The largest of its camps, with a capacity for 35,000 people, was officially opened in March 2015, despite receiving refugees two months earlier, growing the total housing capacity of Turkish refugee camps to 265,000 people. Turkey has been collaborating with international organizations to support refugees. The UN High Commission for Refugees (UNHCR) has an operational budget for Turkey of $320.16 million in 2015 and it estimates that the number of refugees in the country will reach 1.9 million by the end of 2015, of which 1.7 million will be of Syrian origin.Turkey has also put a lot of effort into strengthening the rights of Syrian refugees. The country already offers Syrians a legal status that grants them access to basic services like healthcare and education. Turkey aims, this way, to better assimilate these people into Turkish society. ID cards with biometric data are already being issued and further measures are expected in order to smoothly integrate them into the Turkish labor market.