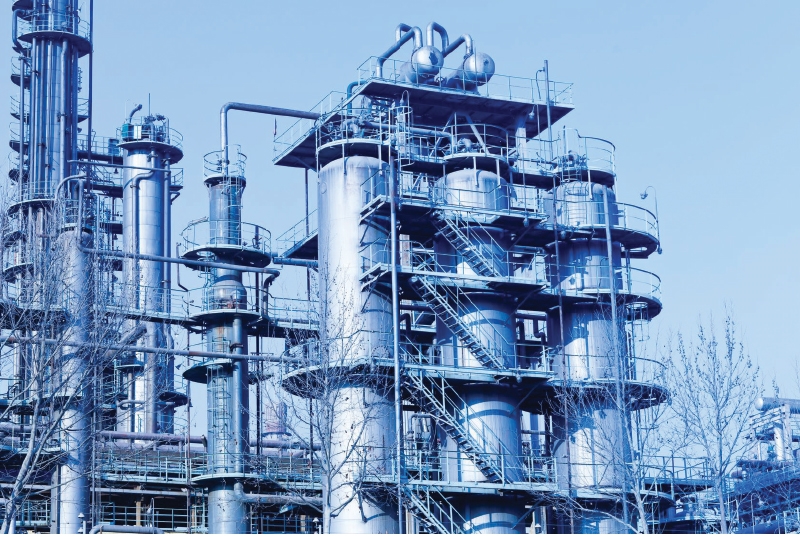 Share on:
Through a successful leveraging of its natural resource base, Saudi industry is looking for a bigger role as a global player.

The government has been working for years to develop a downstream industrial base, with accompanying industrial zones, to industrially leverage the Kingdom’s low energy costs and ready supply of raw materials. The work is showing steady results and the government continues to fine-tune its policy mechanisms.

Saudi Arabia’s cabinet in March 2014 approved the establishment of a second state entity to support new manufacturing industries, in addition to the Saudi Industrial Development Fund. The new Saudi Arabian Company for Industrial Investment will begin with more than $500 million to funnel into basic conversion industries such as aluminum smelting, steelmaking, fertilizers, petrochemicals, and plastics. State oil company Saudi Aramco is forming the new joint venture with SABIC and the finance ministry’s Public Investment Fund (PIF).

In June 2014, The Saudi Industrial Development Fund issued its latest annual report. According to the statement of its Chairman, Abdulrahman Abdullah Al-Hamidy, “During the fiscal year 2013, the Fund approved 144 loans. These approved loans totaled SAR6.7 billion ($1.79 billion) and were committed to inaugurating 120 new industrial projects and the expansion of 24 existing industrial projects. Investment in these projects totaled SAR14.5 billion ($3.87 billion).”

Eng. Saleh Al-Rasheed, Director General of MODON, the Saudi Industrial Property Authority, told TBY, “There is no taxation of industrial businesses, this in addition to tax exemptions on raw materials and machinery. In 2013, we built over 300 ready-made factories. We prepare everything, so that the producer can move right in and begin manufacturing immediately. We are the first organization to provide such ready-made facilities for major investors.”

While the Saudi economy posted real GDP growth of 4.0% in 2013, the Kingdom’s non-oil manufacturing sector edged that figure with substantial real growth of its own: roughly 5.3%, according to the IMF’s Article IV consultations. The industrial sector also boosted its share of the overall economy, from 11.6% in 2012 to 11.8% at the end of 2013—ahead of all other non-oil sectors. Industrial, non-oil exports also grew in 2013, up by 3.9% over the previous year to an estimated SAR196 billion ($52.27 billion).

According to reports from the state news agency SPA, manufacturing grew by 6.5% in 1Q2014, its fastest growth in two years, up from the 4% posted in 4Q2013. The report cited new investment projects becoming operational as the driver of the growth.

Saudi Arabia produces large amounts of the base chemicals, metals, and other minerals needed to run basic industries. State-owned companies such as SABIC and Aramco produce most of the raw materials and are actively working with foreign partners to develop the country’s industrial base. Aramco is building a large petrochemicals plant in Jubail with Dow Chemical and also is partnered with Sumitomo Chemical on a plant in Rabigh, on the Red Sea coast. SABIC is expanding its 34-year partnership with ExxonMobil to construct a new synthetic rubber plant beside their existing petrochemical facility at Jubail.

Esam F. Himdy, Managing Director & CEO of Sahara Petrochemicals, told TBY that, “Saudi Arabia today is not manufacturing basic industries only, such as ethylene or its derivatives, but we also managed to bring the downstream industries to our country, and this would not have happened if the technology providers for those technologies didn’t have confidence that the Saudis can run and operate their technologies successfully.”

The level of Saudi participation in the manufacturing sector labor force during 2013, a major industrial sector, stood as follows according to official statistics: chemical products led all other sectors, with a Saudi worker ratio of 37%, followed by metal products with 27%; wooden products at 25%; building materials at 23%; food and beverages at 22%; and, lastly, textiles and leather, and paper and printing, each at 19%. For the industrial manufacturing sector overall, the Saudi labor ratio stood at 26%, demonstrating the need to improve the attractiveness of the sector to nationals.

The Saudi Arabian Mining Company, or Ma’aden, the main minerals player in the country, is managing a $9 billion expansion that covers several large processing facilities, a phosphate mine, and even real estate development—mainly as a way to house workers of all levels in its enterprises, including many foreign laborers.

HRH Saud Bin Abdullah Bin Thunyan Al Saud, Chairman of the Royal Commission for Jubail and Yanbu and Chairman of SABIC, told TBY that, “With every project expansion, and with every business opportunity, new jobs are created. Our concern at this stage is to increase the participation of women in the workforce to ensure better performance output. Moreover, we want to achieve an 80% Saudization rate, at least in jobs related to operations and maintenance.”

According to a 2014 report from research firm Business Monitor International, Saudi Arabia’s food and beverage sector will grow 5% in 2014, down slightly from growth of 6% recorded in 2013. The report added that rising disposable incomes, favorable demographics and increasing urbanization would help spur food consumption in 2014 to grow 8%. Local pharmaceutical companies so far have not invested in the R&D required to be innovators in the industry, but the favorable conditions for the food and beverage sector also drive increased health spending.

The government is also investing heavily in logistical infrastructure—rail, roads, ports, and airports, to provide the means of getting new industrial products to market. The government in 2010 launched a five-year development plan to upgrade the Kingdom’s infrastructure, the budget including construction of four new industrial cities and nearly 4,000 kilometers of railways. The development plan also included 117 new hospitals and over 700 health clinics, plus school expansions to accommodate over 5 million students.

Mohammad I. AlBibi, President of the Tasnee Petrochemicals Complex in Al Jubail, told TBY that, “Today, if you look at the new industrial areas, the efforts of the authorities and the government to create the Jubail park or Waad Al Shammal in the North—where feedstock travels 2,000 kilometers by rail to supply the plants—are paying off for the industry and the economy as a whole, which tells you a lot. Rail infrastructure is absolutely going to have a positive impact on the industry and the economy, and on access to those areas that have what it takes to develop an industrial area.”

While the Saudi government’s labor nationalization program may add to private sector costs in the short term, the Kingdom is confident that the benefits will outweigh the costs for all, including foreign companies, in the long term, especially if more qualified Saudi nationals are available to run and operate complex manufacturing plants.