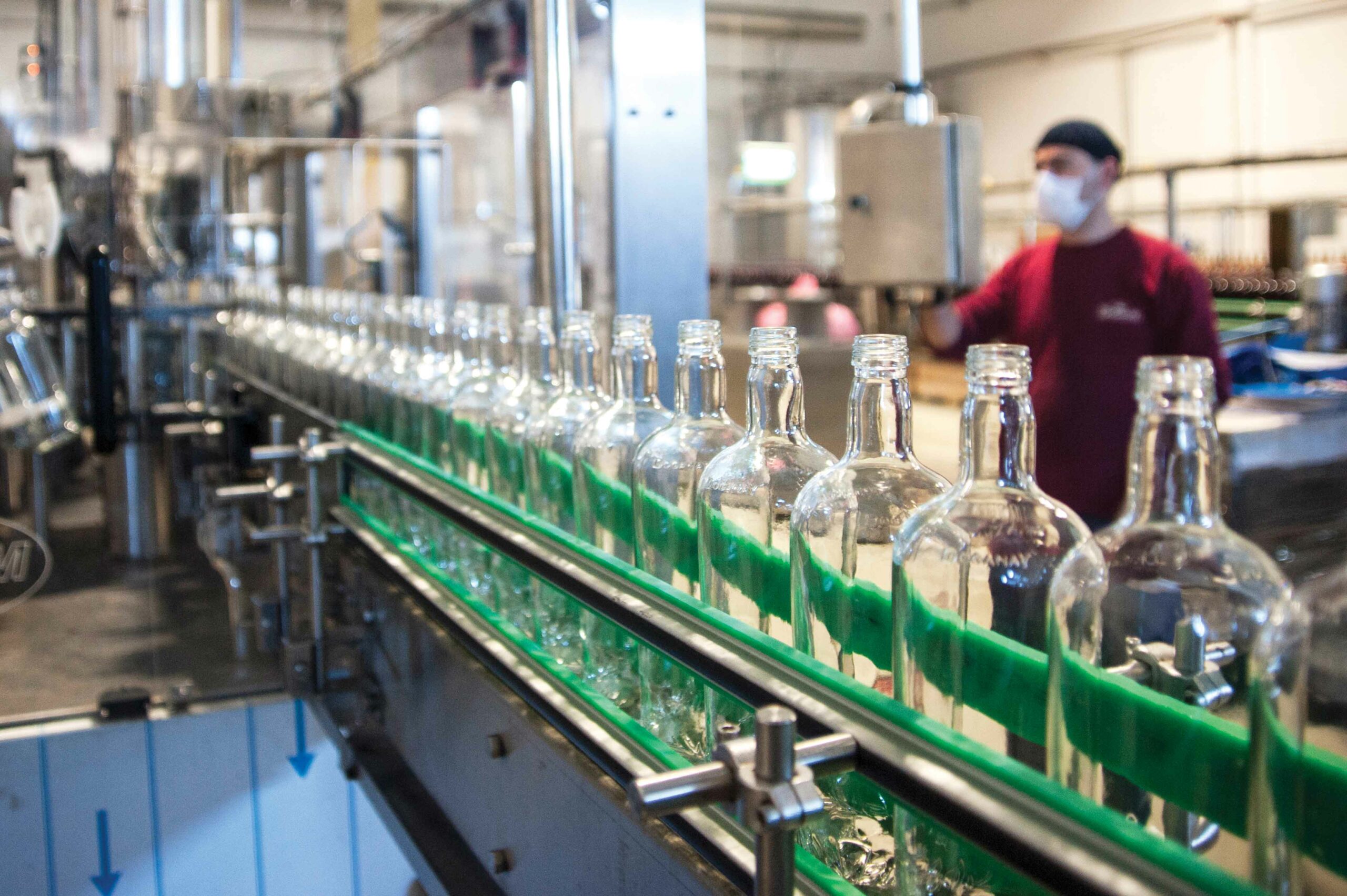 Share on:
Strong auto and white goods manufacturing are leading the export charts; however, a weak lira and fear of a slowdown could throw a spanner in the works.

Over the past decade or so, the Turkish economy has become more inviting to foreign investors and ranks highly on the Ease of Doing Business analysis by the World Bank, ranking 68th in 2014, which is higher than the regional average of 71 and that of its competitors Brazil and India, which rank 116th and 134th, respectively. These positive steps have led to more foreign companies setting up shop in Turkey while its industrial sector has grown. Still, while a lot of progress has been made, a weak lira and a spill over from violence in Syria have hampered growth in recent months. The sector and the government will hope to stable the ship until after the upcoming elections, which is hoped to bring more stability to the market after the ruling party lost its majority and failed to form a coalition. If the country is able to get past this rough patch, the future is bright for Turkey’s industry, which is a strong backbone in the economy.

Still, it is a relatively uncertain period for Turkey, which has been reflected in industrial output. In July 2015, industrial production rose a calendar-adjusted 0.3% YoY, according to the Turkish Statistics Institute (TurkStat), somewhat below the 3.4% forecast rise, which is reinforcing the view that the growth momentum experienced over the last few years may be weakening. On a month-on-month basis, with calendar and seasonal adjustments taken into account, July saw a 1.5% decline in industrial production, something the government will hope is just a blip and not an indicator that the second half of the year is slowing down.

The automotive sector in Turkey is one of the strongest segments of the sector. A number of capacity upgrades and new projects in the pipeline have helped to establish a robust segment that is likely to break export and production records in 2015. Over 2015, the automotive sector is expected to produce 1.225 million vehicles, with 925,000 of those destined for export. And according to the latest data, it looks like Turkey is on track to beat its record. In the first eight months of 2015, the sector produced 857,307 vehicles, which represented a 19% increase on the same period the year before according to the Automotive Industrialists’ Association (OSD). In August 2015, the volume of cars produced was 45,210 units, a 21% increase on August 2014. In terms of light commercial production, there was a 57% in August 2015 compared to the year before with 31,777 units produced. Over the first eight months, 499,652 cars were produced, which represented a 9% increase on the same period the year before, while light commercial vehicle production increased by 37% to 357,655 in the same period. Approximately 70% of cars produced in Turkey are exported, while 66% of domestic car sales are made up of imported cars. The domestic market share for imported cars is 75% while with light commercial vehicles it is 44% according to OSD data. However, the country’s aim to break export records is still undecided. In the first eight months of 2015, car exports decreased by 1% to 376,970 units compared to the same period in 2014, but light commercial vehicle exports rose by 26% in the same period to 239,956 units. Oyak-Renault was the largest exporter, sending 166,178 vehicles abroad, closely followed by Ford Otosan with 154,542 units, Hyundai Assan with 127,333 units, and then Tofaş with 109,720 units according to OSD. A strong positive sign is that automotive sales rose by 46% to 453,817 units in the domestic market in the first eight months of 2015. One company that has helped Turkey achieve these numbers is Mercedes-Benz Türk, which in 2015 is celebrating the 20th anniversary of its bus production in the country. In celebration of this, Daimler AG is set to invest and expand its operations in Turkey, which is already home to the company’s critical R&D engineering facility on bus production. Along with 20 years of production, 2015 also saw the 75,000th Mercedes-Benz branded bus roll of the production line. The Hosdere plant in Istanbul exports 80% of its production and employs over 3,300 people, of which 60% are Turkish. In addition to buses, the plant also manufactures heavy trucks and exports them to more than 70 countries worldwide. Overall, the automotive industry is one of the country’s most important export sectors, accounting for 16% of all exports in 2014, which brought $20 billion into the country. The majority of these exports were to Germany, followed by the UK with $2.2 billion and France with $2.1 billion. Many car manufacturers have decided to set up operations in Turkey due to the wide believe that it has all the required expertise, with Renault, Fiat, Toyota, Ford, Mercedes-Benz, MAN, and Hyundai all having factories in the country. The close proximity to Europe, the Middle East, Central Asia, and North Africa also play a major role in companies’ decisions to open factories. There are also hundreds of small and large spare parts manufacturers that support to main factories, allowing the easy export of road-ready cars as well as any spare parts needed.

Another significant arm of Turkey’s industrial sector is white goods. Turkey is one of the largest producers of white goods with an annual capacity of 25 million units. The main players in the sector are Arçelik, Vestel, BSH, Indesit, BDR, and Thermea. There are 50 medium-sized manufacturers, 500 parts and component manufacturers, 12,000 dealers, 1,500 technical services, and the sector employs over 120,000 people. In 2012, exports amounted to $4.2 billion with the country’s main market being the EU. Arçelik is the fourth-largest white goods white goods and electronics manufacturer in the world, with over 15,000 employees and net sales in 2012 of TRY8.84 billion. Under the umbrella of Arçelik is Beko, the brand most people in Europe would know the company by. It is already seen as Europe’s largest producer of white goods and is now looking to take on the US. The Koç Holding subsidiary is hoping to enter the world’s second largest durable goods market by the end of 2015 according to its director Hakan Bulgurlu. The company is looking to repeat the success it has had in Europe across the pond where Turkish-made appliances are already finding their way into the furnished kitchens of landmark developments in New York. This is prepping the market for the standalone entry of Beko. Along with a planned venture state-side, the company is also looking to increase its grasp closer to home in Europe. Beko has a plan to increase its market share in key markets, including Germany, Spain, Italy, and Russia, while it has already taken the market leader position in Poland. Turkey has become the European hub for white goods, when in 2014 it exported 75% of goods produced in the country. In addition to the local brands of Arçelik and Vestel, foreign companies have also established themselves in the country with BSH and Indesit well-established with factories, as well as Candygroup recently setting up operations.

Along with white goods, Turkey is also a strong producer of electronics, both domestic and foreign brands. In 2012, it had 2,033 registered electronics manufacturers, which produced $12.5 billion in goods as well as $18 billion in engineering and services. There are over 50,000 people working in production and over 100,000 people working in the engineering and services side. The sector also exported $6.8 billion worth of goods, with the main markets being the EU and MENA regions. While it does have a strong export side, Turkey also imported $16.1 billion worth of electronics in 2012, mainly from the Far East and the EU.

One of the reasons so many companies come to Turkey is because of its labor force, which is both skilled and abundant. This can be demonstrated by companies’ willingness to set up operations in the country and the fact that employment in the sector continues to rise yearly. In 2014, employment in the sector rose by 2.7% compared to 2013, which in turn had risen by 3.6%. While the number of employees continues to rise, the amount of work also keeps growing. In 2014, the number of hours worked per employee on average rose by 1.4% compared to 2013, which rose by 2.5% compared to 2012. Rising employment and rising hours is also coupled with rising wages. In 2014, the average wage rose by 15.5% compared to 2013. This rise has been relatively consistent and has fluctuated between 14.4% and 16% over the past five years according to TurkStat.

The industrial sector in Turkey is strong and diverse. Its strong exports help to keep the deficit down; however, a weak lira is selling the manufacturers short at the moment. These companies will be hoping for a resolution to the situation soon if they are to meet the country’s 2023 growth targets.