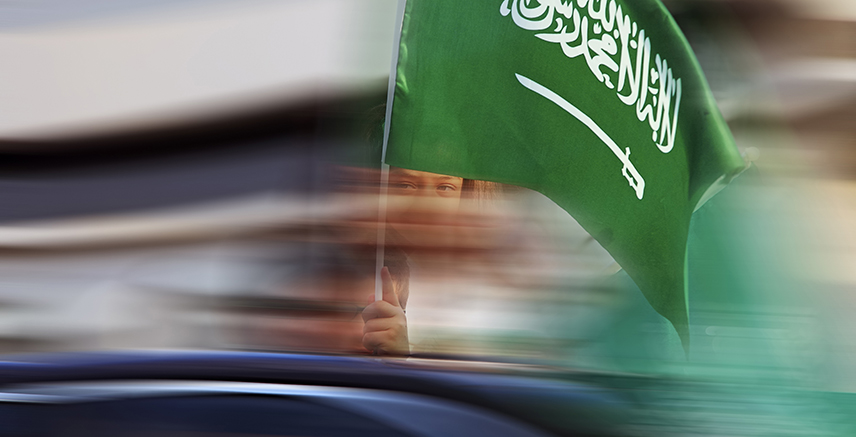 Share on:
Saudi Arabia is a strong political force in the Middle East, and it is looking to maintain that power as Iran seeks to flex its muscles.

Saudi Arabia has long been a political heavy weight of the Middle East and HH Salman bin Abdulaziz Al Saud, King of Saudi Arabia and Custodian of the Two Holy Mosques, hopes to maintain the country’s prominent position on the geopolitical stage. Over the past year, however, the political balance in the region has once again been shaken as the war against ISIS (Daesh) in Syria and Iraq wages on and spills over into neighboring countries, as well as by the Saudi-led war in Yemen against Houthi rebels. Add to the mix Iran, an old rival in the region, and Saudi diplomats have had a busy year. Closer to home, however, the country’s domestic economic policy made a very public shift in light of low oil prices to create a diversified economy not based on hydrocarbons.

In the Middle East, Saudi Arabia has always been a prominent force in politics and the affairs of the region. So, too, has one of its main rivals, Iran. With Iran reaching a deal on its nuclear program in January 2016, which led to an easing of sanctions, there is a sense that the balance of power in the region was shaken. Officials in Saudi Arabia were not pleased with the US, long seen as a strong ally of Saudi Arabia, for having reached the deal with its rival. When the US President, Barack Obama, visited Riyadh in April 2016 for a summit on counter terrorism, Iran, and Yemen, he was met with a frosty reception. When President Obama exited Air Force One he was met by the Governor of Riyadh, Prince Faisal bin Bandar Al Saud, instead of HH King Salman, and the meeting was not broadcast live on TV, as is the norm. This was a clear snub to the US and an expression of Saudi Arabia’s displeasure. However, when HH King Salman and President Obama did finally meet, the usual pleasantries were exchanged. However, the Saudis still believe that the US has shifted its foreign policy to be friendlier toward Iran. Saudi Leaders were also annoyed to hear President Obama state in an interview that Saudi and Iran should find ways to “share the neighborhood.”

Still, while there might be some public differences currently being aired, the fundamental relationship between Saudi and the US has not altered. The US still sees Saudi Arabia as a strong ally, and vice versa, and each have a number of important trade deals. One of the larger deals is in arms sales. In 2010, the Obama administration authorized a record $60 billion in US military sales, which up until June 2016 had reached only $48 billion. This is triple that of the $16 billion in sales under the previous administration of George W. Bush. The US is also lending intelligence support as it conducts its war in Yemen. The war in Yemen started in March 2015 when Houthi rebels attempted to take over the country. Saudi Arabia then led a coalition of nine Arab states to back the democratically elected President of the country, Abd Rabbuh Mansur Hadi. From March 26-April 21, 2016, the Saudi-led coalition bombarded Houthi rebels in what was called Operation Decisive Storm. On April 22, 2016, the Saudi Defense Ministry announced it had successfully eliminated the threat posed by Houthi heavy weaponry. Since April 22, Operation Restoring Hope has been underway. Under the new operation, Saudi Arabia continues to lend its support and air force to back the President and continues to bombard Houthi military targets in the country.

As the war in Yemen draws on, it continues to drag in more players and looks to turn into a proxy war between Saudi Arabia and Iran. In January 2016, Tehran became annoyed when a Saudi bomb landed near it embassy in Sana’a, Yemen. Tensions with Iran further heightened when Saudi Arabia executed 47 people in January 2016, including a leading Shiite cleric, which led to the Saudi embassy in Tehran being ransacked. To counter act, Saudi Arabia severed diplomatic ties with Iran. Saudi Arabia was also able to enlist the help of its allies in Bahrain and Sudan, which both severed ties with Tehran, while the UAE downgraded its diplomatic team. Riyadh cut all trade and air links with Tehran; however, Saudi Arabia did say that pilgrims looking to perform Hajj would still be allowed to enter the country to visit the holy city of Mecca. This inflamed matters more, and Saudi Arabia has accused Iran of backing the Houthi rebels in Yemen. The exact extent of the support Iran is lending to the Houthis is unclear, but it is likely to include money and weapons according to Saudi officials. The proxy war in Yemen shows no signs of ending, much like that of the war in Syria. Iran has publicly supported President Assad and has sent forces to help in the fight, while Saudi Arabia is part of the US coalition against Daesh.

In June 2016, the government announced the National Transformation Plan (NTP), which will be the center piece of Vision 2030, set out by the Deputy Crown Prince, HH Mohammed bin Salman, earlier in the year. The main focus behind the NTP is to shift the country’s dependency on its public sector to one that fosters private sector entrepreneurial spirit. This will also include a shift away from a focus on hydrocarbons due to low oil prices. This will include partly privatizing the state oil company, Aramco, which is a dominant force in the Saudi economy. By partly privatizing Aramco, the government hopes to create a more transparent company and shift Saudi’s Public Investment Fund toward a more diversified sovereign fund, as well as making the sovereign fund the new owners of Aramco. It is expected that less than 5% of Aramco will be sold.
The government is hoping to work fast and has set out a number of targets for the medium term. By 2020, it wants to have tripled non-oil revenue to more than SAR530 billion as well as create as many as 450,000 private sector jobs outside of the oil and gas sector. It will target other industries such as mining and tourism. Over the next five years, the NTP will invest SAR270billion in the economy to help foster jobs. The government will also look to introduce more indirect taxes as well as reduce subsidies on things such as water and electricity, which is expected to provide savings of up to SAR200 billion by 2020. The government is looking to shift the wage bill from the public to the private sector and hopes to cut pubic wages from 45% of the budget to 40%.

The break away from oil will not be easy and something that has been tried in the past. However, two years of low oil prices have made matters more pressing and there is a strong consensus and belief that the time is now right to make the change.