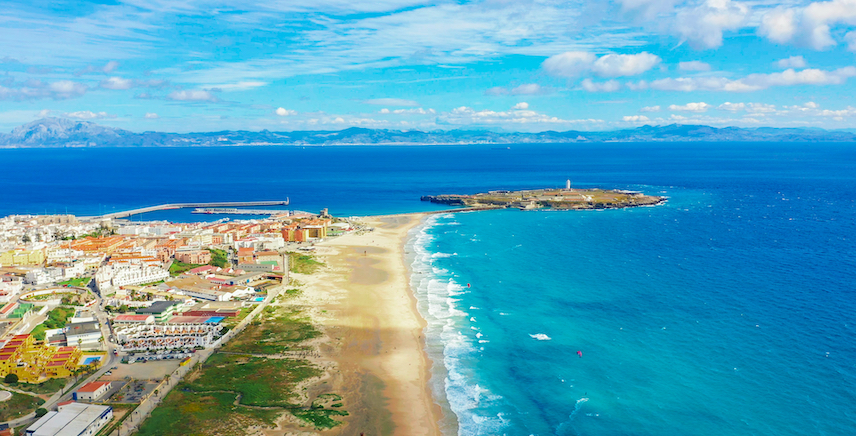 Share on:
With nearly 5,000km of coastline and a strategic location where the Mediterranean meets the Atlantic, Spain has been a center for maritime trade since the time of the Phoenicians.

Spain’s naval power helped create the first global empire through the conquest of territory in North and South America, and later Asia, dramatically altering the landscape of global trade.

Today, shipping, fishing and seabound tourism remain vital contributors to national GDP, and, as a result, Spain boasts some of the largest ports in the Mediterranean.

Spain has the fourth-largest economy in the Eurozone, and the country is the second-most popular tourist destination in the world.

While the 2008-2013 financial crisis hit Spain particularly hard, the country is well on its way to recovery, with 2.8% growth in 2018 exceeding the Eurozone average.

Spain receives 80% of its imports and sends out over 50% of its exports through seaports, and has the third-largest fishing fleet in the world, meaning that ports play an enormously important role in national prosperity.

While each port is run by a different port authority, these entities are overseen by the state-owned Puertos del Estado. The following is a brief overview of the three largest ports in Spain.

Initially established in 1894, this port serves as a transshipment hub for cargo passing through the Strait of Gibraltar, as well as a fishing and passenger port.

Located in Cadiz, Andalucia, the port is an important center for the tobacco, oil, fishing, and agriculture industries, and around 70 million tons of cargo pass through it per year.

The Port of Valencia is Spain’s second-busiest port, at times overtaking the Port of Algeciras in certain respects.

Its economic importance stems from the fact that around 50% of the country’s GDP is generated within a 350-km radius of the port, as is half of the country’s employment. It was originally established in 1483 but did not gain major importance until the late 18th century, when the reigning monarch designated Valencia as one of Spain’s maritime provinces.

Now it is the first and last port of call for the shipping route between the Western Mediterranean and the Atlantic.

The nearby Ports of Sagunto and Gandia fall under the supervision of Valencia’s Port Authority, and the port area saw a total of 70.7 million tons of cargo in 2018.

With a storage area adding up to 300 acres and a quay length of 12 km, the facility is the largest container port in the country.

Spain’s third-largest port, with 2,000 years of history and proximity to numerous tourist attractions, stands as the busiest cruise port in the Mediterranean.

It also plays a significant role in cargo shipping, managing 63 million tons of cargo each year. Barcelona has the largest port in the region of Catalonia, which produces 18% of the country’s GDP.

Its location near France makes it a strategic entry point for international trade. The port itself is divided into three parts: the Old Port, the commercial port, and the logistics port, including a free trade area.

Plans are underway to expand the port to double its current size by diverting the Llobregat River.

The port also houses a number of tourism and shopping facilities of note, including Europe’s largest aquarium.